The Shoulders of Giants 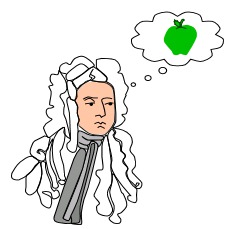 Where and how do scientific and technological ideas and developments originate? Is it just a matter of individual geniuses, or of responses to economic needs, or is it a combination of various factors?

Clearly there are individuals who make startling contributions to science. Galileo would be one; also Charles Babbage and Ada Lovelace, who in Victorian times laid the basis for computers and programs, and who have been described as ‘time travellers’ (Steven Johnson: How We Got to Now).

On the other hand, economic issues can definitely propel a science forward. Down to the end of the eighteenth century, it was generally accepted that god had created the world in 4004 BCE, and fossils were completely mysterious. The science of geology gradually evolved, the Geological Society was founded in London in 1807, and the first comprehensive geological map, of England, Wales and part of Scotland, was completed in 1815 by William Smith (see Simon Winchester: The Map that Changed the World). The motivation for this was in part Smith’s own determination and intellectual curiosity, but also there were social and economic changes taking place that spurred the study of the country’s geological structure. Canals had already had a major impact on trade and the transport of goods, and Smith had himself been the surveyor for the Somerset Coal Canal in the 1790s. The landowners and nobility sponsored him to survey their lands, which had become private property in the various Enclosure Acts, to see if they contained deposits of coal and other minerals. Though he eventually won recognition as the ‘Father of English Geology’, Smith also spent a period in a debtors’ prison, so grateful were those who supported and benefited from his labours.

One argument against the crucial role of individual geniuses is the existence of ‘simultaneous inventions’, when new discoveries are made by several people within a relatively short space of time. For instance, in Frankfurt, Germany is a statue to Johann Philipp Reis, the inventor of the telephone. But what about Alexander Graham Bell, you may ask? There is a big controversy here. In 1860, Reis demonstrated a rather primitive telephone that could transmit over a hundred meters, but failed to interest anyone else in his invention. It was not until 1875 that Bell developed his phone, but even then there was a dispute as to whether he or Elisha Gray got there first; and of course the dispute really centred on who registered the first patent. But even Reis was not really the first, as Johnson refers to a French printer named Scott who in 1857 was awarded a patent for a machine that recorded sound but did not play it back; so this was not truly transmitting sound. But details aside, it is clear that the idea of telephony was, well, in the air, and it was not purely down to Bell (or even to Bell and his assistant Thomas Watson).

Another example is that of the electric lightbulb, usually described as invented by Thomas Edison in 1879. But from the 1840s onwards a couple of dozen people had partially invented the bulb, many of them using the same solution as Edison, of a carbon filament suspended in a vacuum. As Johnson writes, ‘The lightbulb was the kind of innovation that comes together over decades, in pieces. There was no lightbulb moment in the story of the lightbulb.’ Moreover, Edison had assembled a team of knowledgeable people around him, who could make small but crucial improvements to his design.

One of the claims in Johnson’s book is what he calls the hummingbird effect: ‘An innovation, or cluster of innovations, in one field ends up triggering changes that seem to belong to a different domain altogether.’ For instance, the development of the printing press led to a surge in demand for spectacles, as books became more widely available, literacy rates rose and people needed help with reading. This in turn led to further experiments with lenses and hence to the invention of the microscope.

The technology of glass merits further illustration. Glass formed naturally in the Libyan desert millions of years ago, as a result of some very intense heat. In Roman times, glass-makers discovered how to make glass clearer and sturdier, resulting in the installation of glass windows and the manufacture of wine glasses and bottles. Following the sacking of Constantinople in 1204, some glass-makers sailed from Turkey to Venice, where they set up an industry producing luxury vessels for local traders to sell elsewhere. Glass-makers became concentrated on the Venetian island of Murano, where further technical improvements took place. Monks used curved glass as a reading aid in the 12th and 13th centuries, and around this time proper spectacles were developed. As noted earlier, the development of the printing press in the 1440s resulted in increased demand for spectacles.

Various people tried different uses of lenses, leading to the invention of the microscope and so to Robert Hooke’s discovery of cells. Then came telescopes, and Galileo’s discovery of the moons of Jupiter; later, glass fibres, fibreglass and fibre-optic cables, the material basis of the Internet. Mirrors enabled people to see what they themselves looked like, and may have been responsible for the rise in self-portraiture from around 1400. All in all, writes Johnson, ‘it is impossible to imagine the last millennium without transparent glass.’

He goes on to discuss similar examples of technological innovations and their far-reaching social effects in fields such as: artificial cold, frozen food and air-conditioning; developments in hygiene and cleanliness that led to a big reduction in infant mortality and to people washing regularly; accurate time-keeping and its implications for factory discipline and working-class life. He only mentions in passing another example of the importance of economic considerations: the Longitude Prize offered by the British government in 1714 for discovering an accurate chronometer that enabled the determination of longitude at sea, which was essential for navigation and so for exploration and colonisation.

An argument against the overbearing importance of individuals is the celebrated remark of Isaac Newton, ‘If I have seen further it is by standing on the shoulders of giants’, though he was by no means the first person to say something along these lines. Moreover, most research nowadays is carried out by large teams of workers; over 1100 researchers at Google, for instance, while Microsoft Research is a similar size. Apple is currently building a $45m research centre in Beijing. Dyson employ over two thousand engineers in their research and development department, so it is not just a matter of the owner’s talent for inventing things.

The human struggle to understand and influence the natural world is closely related to efforts to expand production and improve living conditions. Under capitalism, profit is a major motivating force, but under all social systems human ingenuity and co-operation contribute to discoveries and inventions, and people build on what has gone before. Progress is cumulative and often results in unexpected consequences.