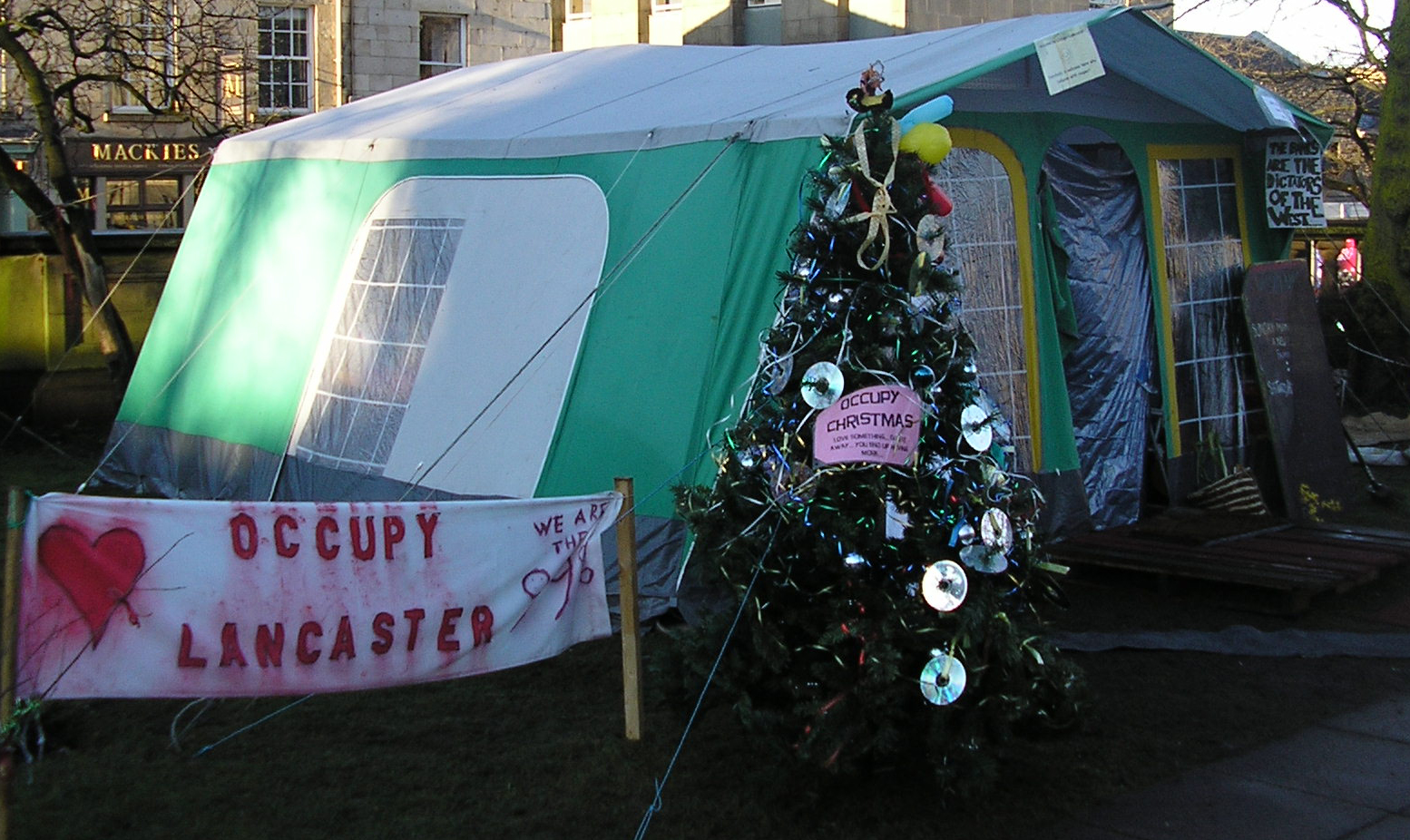 This key question is also being debated among some in the Occupy Wall Street movement.

The Occupy Wall Street (OWS) movement is united in its outrage against grotesque social inequality and in its desire to bring an end to the dominance of a tiny minority (the “1%”) over the will of the majority. So it was disingenuous – or daft – for onlookers to say that the movement has no demand. The demand for social equality is clear enough, but the critics who ignored, then ridiculed the OWS movement understood “demands” in the specific sense of concrete reforms to make things less bad.

Somewhat strange logic, if you stop to consider it: as if it were up to the victims of capitalist inequality to figure out how to turn a profit-chasing system built upon worker exploitation and minority ownership of the elements of production into an egalitarian society.

No. The demand has been made by OWS – at the very least a demand for less social inequality. So it is up to capitalism itself (or those who fancy themselves to be at its helm) to either try to meet the demand or defend inequality.

Of course there are those – and indeed many – within the OWS movement who remain hopeful that capitalism can be reformed to the point of at least being less awful, and who believe that this is a goal worth fighting for. And the Democratic Party and its allies are doing their utmost now to keep Hope for (reformist) Change alive. Some might say that the reality of capitalism in the months and years to come will dispel those hopes. But it seems both foolish and dangerous to wait around for yet another lesson in the School of Hard Knocks. So the nascent “reformism versus revolution” debate among OWS participants is a welcome development.

Still, it is hard to gauge how far the “revolutionary camp” has gained ground. And even if they are gaining momentum, there is the question of how the word “revolution” is being used. For its meaning has been stretched rather thin after a year that saw the “Tunisian Revolution” and the “Egyptian Revolution.” These were indeed momentous events that sent one smug dictator into exile and another to jail (even though the military remained embedded in power). But a change in government, no matter how repulsive the one toppled, is not in itself a social revolution.

There are those within the OWS movement, however, who are using the term “revolution” in a more specific and appropriate way, in the sense of a transformation that replaces capitalism with a fundamentally new social system. One of the clearer statements in favour of revolution was made by the radical cartoonist and syndicated columnist Ted Rall, in an article titled “Revolution Versus Reform” (www.rall.com/rallblog/2011/11/22/syndicated-column-revolution-versus-reform).  There are many things a socialist can agree with in this article; there are more than a few head-scratchers too. And then there are some important points that are not addressed at all.

First the things that might just as well have appeared in a Socialist Standard article. Such as the idea that revolutionaries “don’t want to nibble around the edges of a system they despise” and if they “get their way…capitalism won’t exist.” He is also right to point to how reformist victories of the past are often rolled back later.

In short, Rall highlights the vision between the reformists who “see the system as broken and in need of repair” and the revolutionaries who think that the “system itself is the problem.” His own conclusion is: “Amending the Constitution won’t do the trick. Electing better officials isn’t enough. Yes, the system is broken. But that’s not the main point. The system is irredeemable. Nothing short of revolution will do.”

Yes, yes, and yes again to what Rall is saying. But at times his critique of capitalism – or “the system” as he often calls it – does not rise above the level of moral outrage. He writes, for instance: “Revolutionaries … think the system is inherently unfair, corrupt and violent; that unfairness, corruption and violence are the system.”

The denunciation of capitalism is justified, for who could deny its tendency to be unfair, violent, and corrupt? But throwing adjectives at capitalism does not do much damage. Better to understand, simply, that it is a system of production carried out to generate profit – a trick that can only be turned by exploiting labour. And this “magic” is performed even when the worker receives “fair” payment for his or her labour-power (at its market value). Unfairness, corruption, and violence do not really get to the heart of the matter.

In fairness to Rall, he wrote on his blog, in a response to a comment on his article, that he is “currently working on a book that proposes what should follow the Revolution.” So, we can only look forward to seeing whether he has envisaged a new society that is truly beyond capitalism, rather than reformism in a revolutionary guise.

If the OWS movement as a whole is not animated by a vision of what can replace capitalism, it seems hard to imagine that it will be able to develop beyond the stage of demonstrating the widespread frustration with the status quo.
MS