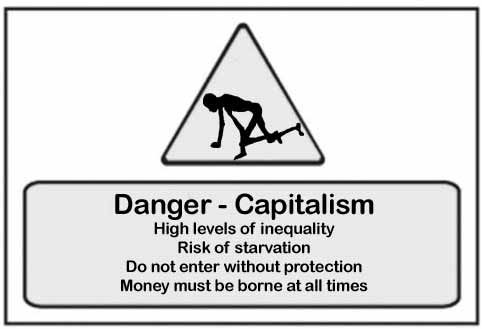 Everybody knows that, despite the best efforts of scientists, nobody can predict the next natural disaster with any confidence. That’s one reason why planners and decision-makers don’t take better precautions, a fact which gives critics good reason after the event to mount their telescopic hindsights and take aim. Given the same science, socialism would obviously be no better at prediction. The question is whether it would be more careful in taking precautions.

The United Nations currently tries to take a formal Health & Safety approach to the subject, with risk assessments, control measures and all the other tedious but important policies workers know from the workplace (UN International Strategy for Disaster Reduction at http://www.unisdr.org/who-we-are/what-is-drr). But, as workers will know from their own workplaces, the devil is in the enforcement. In a private property society one simply does not have the option of moving a population from a high-risk area to an adjacent low-risk one. Nor is the UN able to force national governments to comply where spending money is involved, despite the financial costs of ignoring the problems. According to the UNISDR, the year 2011 was already, by July, the highest ever loss-year on record, largely thanks to the Sendai earthquake, but the general trend is worsening: ‘the risk of economic loss is now rising faster than wealth creation’. According to an Oxfam report last year, 250 million people a year are affected by natural disasters of which around 98 percent are weather-related. And they are getting worse. The rate of weather disasters in poor countries has tripled since 1980, one suspected cause being climate change (http://www.350resources.org.uk/ 2011/05/23/).

But how ‘natural’ are these natural disasters? The report’s author is scathing on the matter: ‘There is nothing natural about poor people being on climate’s front line. Poverty, poor governance, patchy investment in the preparation and prevention of disasters all stack the odds against the most vulnerable. The future is going to be very bleak for millions of poor people without a shake-up of the ways we prepare and respond to disasters, and without real progress on reducing poverty and addressing climate change.’

In its obsessive attention to individual bank balances, capitalism cannot even respond properly when a ‘natural’ disaster threatens not thousands but millions, when the imminence is well established, and when the cause is known and the solutions are straightforward.

People older than 40 will clearly remember the Ethiopia famine of 1984-5, the iconic, tragic pictures, the gut-wrenched reports from seasoned reporters fighting down tears, the gradual, dawning realisation by the whole world of a disaster of biblical proportions, the Live Aid concerts, Feed the World and Do They Know It’s Christmas? The UN estimated that eight million people were affected in that famine and that one million died. It seems almost beyond comprehension that, in spite of the songs and the sentiments and the coins in the tin, the world could allow the same thing to happen to the children and grandchildren of those survivors.

At the time of writing the developing crisis in Somalia, Ethiopia, Kenya, Sudan and Djibouti is not on any front pages yet already is being described as the world’s worst humanitarian disaster. With up to twelve million people affected it threatens to dwarf the 1984-5 famine. Nature, in one of its typically mercurial moods, decided to prolong its dry La Niña cycle so that the rains have failed for the last three successive rainy seasons, making it the worst regional drought in 60 years. As famine takes hold, local food prices have rocketed, exacerbating the problem. Regional fighting in Eritrea and Somalia has complicated matters further, while the Ethiopian government response has been poor and Somalia’s government response has of course been non-existent.

Yet the UN Food and Agriculture Organisation (FAO) has been predicting this crisis for months: ‘The FAO repeatedly issued warnings about the effects of La Niña, but few contingency plans were put in place. That is why there is a shortfall of about 40 percent in the money needed to tackle the crisis’ (New Scientist, 9 July).

It surely can’t only be socialists who understand that the main reason for this disaster-in-the-making is that the people concerned are black, they’ve got no money, they’ve got nothing anybody wants, and that’s why they’re going to die. It can’t have escaped notice that disasters which strike poor people are always more disastrous than those that strike the better-off. Any lingering doubts on this question should have been dispelled by the events of the recent Haiti earthquake.

Haiti was of course hit by a natural disaster nobody could foresee, followed by cholera unfortunately brought in, it seems, by a UN contingent sent there to help. But Haiti, the poorest country on Earth, is nevertheless on America’s doorstep, under the eyes of the world’s press, and images of spectacular urban destruction helped motivate the world to action. It is also a small country, easy to cover from the air, with a road system. The Horn of Africa is remote, huge and inaccessible, and besides there is nothing spectacular or newsworthy about hunger. It hides behind the news like perpetual background noise, audible but not quite loud enough to make it onto our busy agendas.

But humans have already managed accidentally to change the global weather system. The urgent task for socialists is to make humans realise they can deliberately change the economic system too. Such a realisation will be too late for the people starving right now in East Africa. But it would make sure that nobody ever starves again, anywhere. Nature is not our worst enemy, capitalism is. Feed the world? First, free the world.
PJS