Open Letter to a Dissident Republican 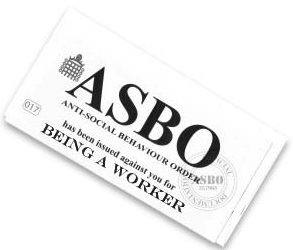 I received Issue 1 of your handout Resistance from a friend and, on the assumption that your group or organisation are members of the working class whose political aspiration is the achievement of socialism, I would like to make a fraternal criticism of its content. I am, incidentally, a member of the World Socialist Movement.

You are right in combining the words freedom and socialism; effectively they are synonymous terms. Even in the most politically democratic countries on the planet the producers of all real wealth, the working class, are simply wage slaves whose lives are dominated by the money-shuffling activities of a minority class of capitalists which, by controlling their means of life, controls their lives and denies them freedom.

Unfortunately you make no attempt to offer those targeted by your leaflet any suggestion of what you mean by ‘freedom and socialism’. On the contrary your inference that it is possible to establish socialism in a republic – the ideal state of the capitalist class – infers that you envision socialism as a political instrument that can regulate capitalism’s system of commodity production in such a way as to end its exploitive role.

The pioneers of scientific socialism, people like Karl Marx, after the most penetrating analysis of capitalism, affirmed that it was a system of social organisation in which a relatively small class exploited the great majority by its ownership and control of the means and instruments of production. The method by which these owners, or capitalists, carry out this exploitation is the wages and money system. Given then that capitalism is a system based on the exploitation of the working class it is patently absurd to suggest that there can be any form of national government that can make it function in the interests of the class it exploits.

Within capitalism there is obviously an inevitable conflict of interest, a class struggle, between the overwhelming majority who produce but do not own and a relatively small minority class who own but do not produce. Members of the working class do not voluntarily elect to join this class struggle; we are mostly born into it and it governs the way we live. To promote the notion that the area of our birth (‘our’ country) or a religious or political ideology transcends or neutralises our class status or gives us a common cause with a class that socially deprives and demeans us, that imposes either mere want or grave poverty on our lives and the lives of our families, is to be cruelly deceived by the political machinations of capitalism.

Your leaflet infers that the police are deliberately promoting or permitting the growing anti-social behaviour extant in working-class areas of Northern Ireland. Socialists are under no illusions about the ‘law and order’ served by the capitalist state and its enforcement agencies – and, paradoxically, viewed by the various paramilitary forces here as the ultimate basis for the enforcement of social rectitude – but the growth of anti-social behaviour in ghettoised housing estates created specifically for working class families – after the fashion of zoos for animals – is just another universal facet of capitalism’s atrophying social culture. The subject is a complex one but that its roots are in contemporary capitalism is borne out by the identity and location of its victims.

And whether we like to admit it or not, those engaged in anti-social behaviour, the vandals, the thugs, the thieves and villains are also victims of capitalism; often alienated rejects in a world where education is a commodity dispensed to the class that produces all real wealth in proportion to its wealth-creating potential and ultimate profit for the capitalists; almost always socially alienated young people bereft of a sense of social fraternity. There is no denying the problem nor the misery anti-social behaviour in all its aspects inflicts on the wider working-class community, but it is just another shadow of the awful substance which is capitalism with its wars and its depraved economic murder of those peoples who do not represent a viable market for its inexorable profit-making.

Capitalism’s legal framework, its system of law and order protect the system that produces anti-social behaviour. Despite the pretentious norms of what is regarded as the ‘respectable’ class in contemporary society it is the Grand Theft – property itself – that is quintessentially anti-social. Unfortunately the attitude of republican paramilitaries to the problem has been to use the miscreant youth in certain situations and at the same time to impose the most brutal physical punishment – including murder – against them in order to win endorsement for a perceived policing role in the local community.

From the art work at the head of your leaflet it would appear that you condone armed struggle as a means, or the means, of social emancipation. That raises a serious question about your perception of socialism.

Socialism is the complete antithesis of capitalism. In a socialist world private and/or state ownership of society’s means of life will give way to social ownership and production of goods and services solely for use. So goods and services will no longer be produced as commodities for sale and profit. Accordingly there will be no role in socialist society for a means of exchange; hence, the entire, utterly wasteful commercial sinews of capitalism will be obsolete. The classless, wageless, moneyless society envisaged in the socialist aphorism: “From each according to their ability; to each according to their needs” will become a reality. A world free from the corruptive influences of money and power where government of people will give way to a simple administration of things.

Such a society – founded on co-operation instead of competition – could not be established by guns, bombs or violence. It can only be established and only maintained by the conscious democratic action of the majority. Such a majority would be the democratic foundation of a free, socialist world. If the question of counter-revolutionary violence is hypothesised then obviously that violence would have to be eliminated; as socialists have traditionally said “peacefully if we may; forcefully if we must”, but, given the conditions created by a socialist-conscious majority, capitalist reaction would be deprived of material nourishment.

There is no doubt that a combination of events, including paramilitary violence, has brought about the end of a police force which was little more than the armed wing of a reactionary political party and largely removed the sectarian element in employment and the provision of social housing. We would question whether the relatives of all those murdered and maimed by the violence would consider either that such favourable changes as have come about justified the murders and maiming or that these latter wrought such changes. Ironically, too, the current economic crisis of capitalism has cast a long shadow over employment and social housing and severely aggravated those factors which fuels sectarian division.

Hopefully, what we have said herein will provoke your questions and we can extend discussion or debate, privately or publicly, in the future.

Yours for Socialism
RICHARD MONTAGUE