Wood for the Trees: The stable doors of instability

The stable doors of instability 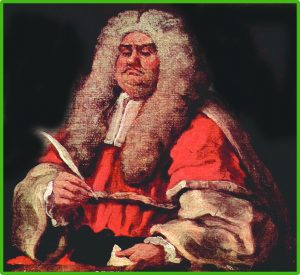 Very occasionally an outrage occurs within the capitalist system that even the ruling class cannot ignore. In the wake of the Grenfell Tower Inquiry perhaps it’s time to look at the history of British Public Inquiries and assess their place within the body politic of this country. Let’s look at the origin, motivation, reality and effectiveness of this very British institution.

Having its origins in the 1920s the PI was initially set up to deal with public unease concerning natural or technical disasters such as train crashes and floods etc. but in 1957 there was a great scandal involving corrupt dealers making fortunes out of ‘inside information’ concerning bank rates. A public tribunal was set up and successfully managed to assure the public that it would not happen again – which, of course, it has and continues to do so. This probably gave the elite the confidence that this was a way of seeming to do something about political scandals while also covering up any major implications for themselves and the capitalist system as a whole.

However when the next great scandal exploded (the Profumo Affair) they chose the wrong ‘pair of safe hands’ in the form of Lord Denning. Although not initially a public inquiry the wide-ranging nature of his investigation shone a light on the meaningless and decadent lifestyles of the parasite class that fed the increasingly prurient 1960s media. The establishment, in its haste to cover the thing up, had chosen a moral crusader who lifted the veil on the reality of class society that helped accelerate the ‘end of deference’.

In 1972 on ‘Bloody Sunday’ 28 people were shot (14 fatally) by the British army during a peaceful demonstration against internment in Northern Ireland. Such was the level of outrage at the murders that the establishment was forced to hold an enquiry but this time, in the safe hands of Lord Widgery, it produced the expected whitewash and the army was exonerated. The story did not end there however as the bitterness lingered for decades leading to another inquiry headed by Lord Saville which began in 1998. This overturned almost all of the conclusions of Lord Widgery and led to an apology from David Cameron in the House of Commons – however only one ‘scapegoat’ was ever prosecuted for murder.

In the wake of the race riots in 1981 Lord Scarman was called to head an investigation into their cause. He made several recommendations emphasising ‘community’ policing which were subsequently ignored and it took another report by Sir William Macpherson (as a result of the racist murder of Stephen Lawrence) to finally force an admission that a major cause of both racist violence and the subsequent cover-up was the institutional racism within the police. Investigations can drag on for years and even, as with the Hillsborough Disaster, for decades because of the tension between ‘getting to the truth’ and the desire to protect the integrity of institutions like the political establishment, army and police. . Let us now turn to a very different type of institution – the NHS.

Two scandals were to shake the always beleaguered NHS in the early 2000s. Dr. Harold Shipman became Britain’s worst serial killer whose victims numbered into the hundreds over many years. Dame Janet Smith was given the task of finding out why his crimes had gone undiscovered for so long. She was to recommend many changes to the protocols of death certification and drug prescription but as a result of dealing with endless bureaucratic ‘red-tape’ she was later to say, with exasperation that trying to implement change within such an establishment was like ‘attempting to herd cats’. In 2007 the terrible events at Stafford General Hospital resulted in a PI under Robert Francis but only after he had complained about the limited and restrictive nature of his former investigations. It is estimated that up to 1,200 patients died due to neglect between 2005 and 2008 at the hospital. Only two nurses were subsequently ‘struck off’ the medical register.

Of all the disasters that have brought forth public enquiries none have been more shocking than that of the Iraq war of 2003. Sir John Chilcot chaired this investigation which centred on the fantasy that Saddam Hussein had weapons of mass destruction. Although widely condemned as a ‘whitewash’ the report did show many deficiencies in the quality of ‘intelligence’ and how it was used to support a war that had already been politically decided upon by Bush and Blair. The deaths of tens of thousands of innocent Iraqis represent one of the greatest crimes in British history and the failure of a Public Inquiry to bring anyone to justice for this underlines the true nature of such investigations.

Although used primarily as a safety valve for public catharsis these inquiries always have a limited government remit and many are no longer content for members of the establishment to ‘self regulate’. The Grenfell Tower investigation is already showing signs of being another establishment whitewash. Perhaps with its failure this ‘Public Inquiry’ might be the last of its kind. Any investigation into major disasters within capitalism will usually fail to find the ultimate cause unless they become investigations of capitalism itself. From the perspective of our rulers the PI has been very successful in diverting attention from the capitalist system and finding scapegoats to blame. We are not suggesting that there will be no disasters within a socialist society but we can say with certainty that there will be no vested interests to protect, no corners cut to endanger safety and no protection of the guilty from being held responsible.