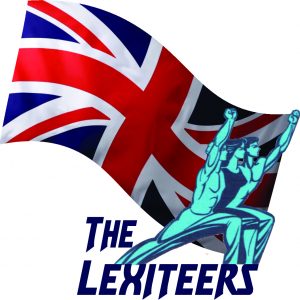 We look at those on the left – the Lexiteers – who campaign for Britain to leave the EU. In all the hullaballoo over whether workers in the United Kingdom should be exploited within the European Union or exploited outside of the European Union, it is often overlooked that it is not only right-wing cranks who are extolling the virtues of Brexit.

There was, and remains, a considerable ‘Lexit’ chorus, chipping their two pennyworth into the debate (and part of the reason they are overlooked is that the millionaires backing the right-wing version of Brexit chipped in their two millionworth).

Of course, they’ve been there since the beginning. When Harold Wilson’s Labour government tried to take the UK into the EU (then the European Economic Community (EEC)), the Labour Party was substantially split.

Joining the EEC was seen as joining a rich man’s club, with some leftists suggesting alignment with the former Empire (by then rebranded as the Commonwealth), and some even angling towards alignment with the state capitalist economies in COMECON. There was a recognition that capital concentration was being constrained within national boundaries.

Tony Benn voiced worries that membership of the EEC would disrupt the Whitehall departmental balance of power, giving undue prominence to the Foreign Office over others. However, behind all such concerns, there was ultimately a rump patriotic being expressed.

The New Left historian E.P. Thompson saw the move into Europe as an attempt to undermine and escape from the relatively unified working class in Britain. Even such a class line, though, was often tinged with a basic nationalism. Indeed, Ted Grant writing for the Militant Tendency was a shining example of this:

‘On capitalist policies and methods there can only be suffering and privation for the working class. ‘No to the EEC’ must be linked with the struggle for a socialist plan of production in Britain. The taking over of the 250 monopolies, banks and insurance companies, with compensation on the basis of need only would be the first step. Then a monopoly of foreign trade would be established. On this basis the road would be cleared for an appeal to the workers of Europe and the world. A continental plan of production, with a democratic socialist Britain, ending the scarecrow of Stalinist Totalitarianism would open the road to the underdeveloped world. A Socialist United States of Europe would be the first step to a Socialist World’ (bit.ly/2qKVL2A).

Arguably, part of this is developed from a reading of one line in the Communist Manifesto ‘Since the proletariat must first of all acquire political supremacy, must rise to be the leading class of the nation, must constitute itself the nation, it is so far, itself national’ perhaps neglecting the continuation ‘though not in the bourgeois sense of the word’.

Such positioning was also helped by the fact that it was the Tories that first mooted joining the EEC, it would be natural for the left to reflexively shy away from a project associated with their brand rivals. This became an article of faith for the Labour left, especially within the Campaign Group (hence Corbyn’s basic oppositional position to the EU). The converse was also true, and under the Blair years, support for the EU became a position Blairites could use to position themselves against the left in their own party and against what was then known as the Eurosceptic right. It even had the virtue of presenting itself as an intrinsically internationalist position. Hence the Labour Party became a predominantly pro-EU party, such that whatever ‘Lexiteers’ took part in the Brexit referendum, they were drowned out.

It should be noted that in the 2016 referendum campaign, it was the slightly strange Kate Hoey, far, far from being a Labour leftist who was the face and vote of Labour within the official Leave campaign, allowing herself to be pictured sailing down the Thames with Nigel Farage. The Labour Leave group itself was largely made up of the old Labour right, rather than its left.

That didn’t mean that the likes of Arthur Scargill’s rump ‘Socialist Labour Party’ weren’t out in the woods making Brexity screeching noises. ‘Left leave’ were supported by the Communist Party, SWP and the SWP break-away Counterfire. Their propaganda focussed on the EU as an undemocratic neo-liberal club. The same could be said of the UK by groups campaigning for independence for Yorkshire and Cornwall, but logical consistency is not the point. As usual, doubtless, such an organisation was more about building recruits for their own parties than a consistent position. All their complaints about the EU would still exist if the UK leaves, and walking away would be abandoning fellow workers who are in the continuity EU.

The most prominent Lexiteer has been Len McCluskey. As the general secretary of Unite he has been the biggest voice for Leave in the Labour movement, and the one with the most clout. Calling for ‘Brexit on our terms’, these terms amount to what has become the Labour Party position, to leave with retention of protected guaranteed workers’ rights, a customs union and access to the single market and ‘For the ending of austerity, and a proactive strategy of investment in public services to mitigate the impact of Brexit. The principle of well-funded, publicly owned and freely accessible public services must be central to this strategy’ (bit.ly/2X2yXHz).

It is perhaps unsurprising that the culmination of the left’s flirtation with Brexit was the various leftists who have joined the Brexit Party, as instanced in particular by Claire Fox, now an MEP for the party. This is less surprising than it first sounds. Fox is one of the members of the former ‘Revolutionary Communist Party’ clustered around Spiked! magazine, that in the 80s turned away from traditional leftism and towards a form of libertarianism and contrarianism (a path also trod by the late unlamented Christopher Hitchens).

It has proved an effective way of getting attention as pundits, since their left pose gets them 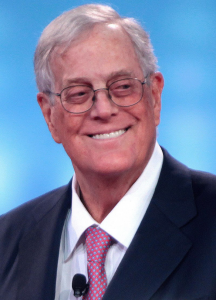 through the balance door, to eventually talk right. In 2018, the Guardian journalist George Monbiot uncovered that Spiked! had received $300,000 from the Koch brothers foundation (7 December, 2018 – bit.ly/2q41RuF). The Koch brothers’ money is notoriously used to further oligarchic billionaire ends in US politics. The Spiked! crowd maintain the money was for ‘free speech’ events (and opposing no-platform and defending free speech is a core part of the Spiked libertarianism).

Fox maintains that she stood as ‘a democrat, a supporter of liberty, agency and sovereignty,’ (spiked-online.com/2019/05/31/the-brexit-party-is-the-start-of-a-new-politics/) noting the RCP was a long time ago. She also maintains the core of her vote was ‘solid Labour voters’ including trade union officials. We can only take at face value her claims that her positions are genuine and not providing pinkwash to the Brexit Party (though that is hard to reconcile with the known public positions of the Party’s founder and leader Nigel Farage).

There remains an anti-establishment kick to the Brexit movement, a reflex that says if only we stood alone, things could be so much different. Into that void is projected all sorts of fantasies of an authentic British democracy, freed from the binding rules of treaties. Left and right alike see opportunity in that space. The reality is that the integration in practice of the UK with the EU means the scope for independent action will be constrained for the foreseeable future.

The lesson of Ireland is obvious, which broke away politically from the UK, but which still found itself economically close to Britain for decades. Even today, it is the part of the EU most threatened by Brexit. The fantasy that a breakaway country can rework itself and spread to the world is pernicious and persistent: any real change can only come from a movement that is international in form and practice.

To refuse to deal with the reality of the need for an international perspective leaves the workers at the mercy of the patriotic pretenders who will cloak the failings in the flag.