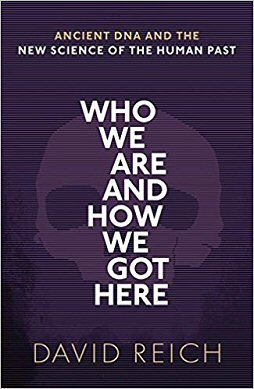 David Reich: Who We Are and How We Got Here. Oxford University Press. £10.99.

The first ancient human genomes, involving analysis of DNA, were only published in 2010. But since then ancient DNA has had a revolutionary impact on the study of the past, revealing many surprises in what is known about human evolution. Here David Reich, who has played a leading role in such research, describes the state of the art. We cannot summarise the book’s contents here, just focus on some of the main points made.

An important issue which arises is the extent of large-scale migration over the millennia and the consequent mixing of peoples: ‘Most of today’s populations are not exclusive descendants of the populations that lived in the same locations ten thousand years ago.’ Most DNA among Japanese people is inherited from farmers who migrated from the East Asian mainland and mixed with local hunter-gatherers. Everyone in India today is a mix, in varying proportions, of West Eurasian ancestry on the one hand, and East and South Asian ancestry on the other. Mixture often involved men who exercised power and women from a subordinate population; thus Thomas Jefferson, third president of the US, had six children with his slave Sally Hemmings. For biological reasons, men can have far more offspring than women, and one man at the time of the Mongol Empire (maybe Genghis Khan himself) had millions of direct male-line descendants. European men made a far greater contribution to the genetic make-up of African Americans than European women. These are examples of ‘sex-asymmetric population mixture’.

The study of ancient DNA has even more to say about inequality. Around five thousand years ago, the Yamnaya culture spread from the eastern European steppe over northern Europe and central Asia. With wheeled vehicles, domesticated animals to pull them and the use of bronze, they were able to displace local people, and the powerful males among them could gain access to large numbers of women and so pass on their Y chromosomes to many subsequent generations. This did not apply to all men, only to a limited number, which implies a lot of social stratification.

Reich also confronts the question of race, and to what extent notions of ancestry overlap with race. Some people have objected to research along the lines sketched above, on the grounds that it just reinforces supposed racial ideas and categories. He is emphatic that race and ancestry are not the same, yet accepts ‘the possibility of substantial average differences in biological traits across populations’, which would include skin colour, height and the ability to breathe easily at high altitudes. It is hard to see how anyone could object to statements such as this, but claims that some genetic variations are more common in people with more years of education need a great deal more support in order to ascertain the role of other possibly relevant factors.

But all in all, a fascinating and informative, but fairly challenging read. 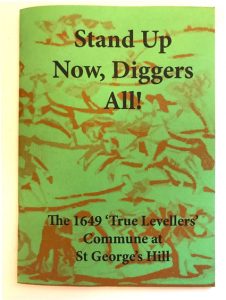 One simplistic vision of the English civil war has been that it was an early version of the proletarian struggle against the bourgeoisie. It’s an idea that has been especially popular with Leninists. Romantic as it may seem, and intensely brave and admirable as many of those were who opposed that ‘man of blood’ Charles I, it is, unfortunately perhaps, not the case.

Levellers did not want to level, to make everyone equal. As stated in the Leveller document An Agreement of the People (1649): ‘We therefore agree and declare, That it shall not be in the power of any Representative … to render up … nor level mens Estates, destroy Propriety, or make all things Common.’

In the same way that, for example, a term for an Irish outlaw – Tory – was applied to the group that became the British Conservative Party, the Levellers were given that title by their enemies. William Walwyn, considered to be one of the more radical of the Levellers, nevertheless advocated free trade to the Committee for Trade and Common Affairs, opposing monopolies such as the Levant Company (naturally, the government sided with the Company at the expense of small enterprises). This is not to say that their motivation had no class interests, but there was a strong interest of the ‘freeborn’, that is, men (only men) with some property; their platform included a property qualification to have the franchise.

But it was different with the True Levellers, or Diggers. Parts of their manifesto, The True Levellers’ Standard Advanced, ring clear to socialists across three and a half centuries. Once the earth returns to being a common treasury,

‘Then this Enmity in all Lands will cease, for none shall dare to seek a Dominion over others, neither shall any dare to kill another, nor desire more of the Earth then another.’

This Past Tense pamphlet takes in the events of 1649-1650, principally around the attempts to cultivate the common land at St George’s Hill. It starts with the first attempts to dig there on 1 April 1649 and finishes the following April with the death threats and final burnings of the dwellings and crops there and in the neighbouring Cobham Heath commune. It details the events between, and includes not only the threats, legal judgements and violence perpetrated against them, but also some extraordinary published critiques. For example, from the royalist publication Mercurius Pragmaticus quoted in the pamphlet:

‘What this fanatical insurrection may grow into cannot be conceived for Mahomet had as small and despicable a beginning whose damnable infections have spread themselves many hundreds years since over the face of half the Universe.’

In the end, the attempt at holding property in common was defeated.

The pamphlet is interesting and informative. One criticism is that, although it mentions the religious dimension of the Diggers, it does not reflect how central their religion was to them. These were people in a time when many thought that Christ’s second coming was imminent.

It would also have been interesting to have looked at, in particular, Winstanley’s subsequent writings. The Wigan-born cloth merchant Gerrard Winstanley, one of the movement’s main writers, wrote a piece in 1652, The Law of Freedom in a Platform, addressed to Cromwell, containing ideas not unfamiliar to socialists:

‘Shall we have no Lawyers? There is no need of them, for there is to be no buying and selling; neither any need to expound Laws.’

‘If any say, This will bring poverty; surely they mistake: for there will be plenty of all Earthly Commodities, with less labor and trouble then now it is under Monarchy. There will be no want, for every man may keep as plentiful a house as he will, and never run into debt, for common stock pays for all. ‘

‘If you say, Some will live idle; I answer, No: It will make idle persons to become workers… There shall be neither beggar nor idle person.’

‘True Freedom lies in the free enjoyment of the Earth.’

A historic twist: St George’s Hill, just outside Weybridge, is now a gated community. The place where the True Levellers planted their crops is now where a local estate agent can proudly announce:

and applaud the high prices of the properties therein.

Notwithstanding the zeal of the estate agent, the pamphlet begins with the first line of the song The World Turned Upside Down by Leon Rosselson: “In 1649… at St George’s Hill”. The existence of the Socialist Party demonstrates the truth of another line from the song “They were dispersed, but still the vision lingers on”: an egalitarian society of common ownership.