Socialists can only applaud when workers around the world struggle for political democracy and freedom to organise as this is essential for the eventual struggle for socialism. After all, if workers are not willing to struggle for what they hold to be legitimate democratic rights, they are unlikely to strive for the transformation of society, or have the wherewithal to effect that transformation.

In Hong Kong, hundreds of thousands have carried out a campaign to protect and extend the limited democratic rights which were granted to them when the People’s Republic of China took it over in 1997 under an agreement called ‘one country, two systems’, where there is extensive devolution of administrative powers giving Hong Kong a degree of limited sovereignty. Due to anomalies this created, Beijing pressured the Hong Kong Legislative Council to amend some of their legal independence and permit the extradition of suspects to mainland China to face trial. This was perceived as undermining the freedom of political dissidents. The extradition bill has been withdrawn yet the protests continue unabated. They have now evolved into a direct challenge to Beijing as well as to the local authorities. Protesters are provocatively using slogans such as ‘Free Hong Kong’ and ‘Hong Kong is not China’. This battle for basic political democracy is a battle against authoritarianism and to take the power out of the iron grip of Hong Kong and Chinese elites and – or so is the hope of the demonstrators – place it in the hands of ordinary people.

The protests are a repetition of the 2014 Umbrella Movement but because of the informal amorphous structure of the 2019 protests it is proving harder for the authorities to clamp down upon it. They organise through social media on the instant messaging apps like Telegram, on dozens of Instagram sites and online forums. There are no high-profile leaders to arrest. Unlike those 2014 protests, when leaders like Joshua Wong became widely known, activists are deliberately staying anonymous, using pseudonyms, making it difficult for the authorities to effectively target. It is a movement without leaders. Alex Chow, one of the 2014 leaders at the time, had the premonition that ‘People will come back again, and they will come back with stronger force’ and concerning the present movement, he confirms it is leader-free. It’s not an issue of having ‘no leader, it simply means that everyone is a leader,’ one 22-year-old Hong Kong student was reported as saying. 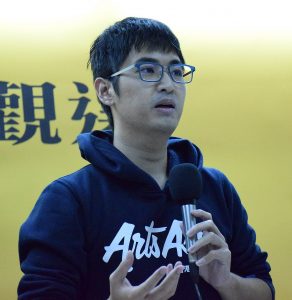 There are those on the Left who equate anti-capitalism with anti-Americanism and so claim that those involved in the Hong Kong democracy movement are being manipulated by the CIA and its many fronts. Some protestors have been highlighted who, in an effort to lobby for diplomatic support and a means to capture the attention of the global media, waved the Stars and Stripes and others sang the British national anthem, ‘God Save the Queen’. For sure, some countries seek to take advantage of the political instability but to assert that the protesters are pawns being controlled by foreign powers is a wild exaggeration. Some governments might support the protests in Hong Kong to advance their own interests, but it doesn’t mean that the whole movement is promoted by them. What is disappointing but not unsurprising is that the protests are not resonating with mainland Chinese, who also believe that the protesters are dupes of Western propaganda, with Beijing concentrating its reporting on the violence of the demonstrators.

‘Be water!’ is an expression protesters have deployed, a phrase borrowed from Bruce Lee, who used it to describe his kung fu known for its flexibility and creativity to press an advantage and pull back when a strategic retreat is needed. It reflects the flash mob strategy being employed to confront the police. However, the demonstrators need to guard against inevitably self-defeating violence that suffering and resentment are so likely to prompt. Non-violent resistance is a more effective method. A non-violent movement that challenges a well-entrenched dictatorship must be prepared for a long struggle and numerous casualties. After all, only one side is committed to non-violence. To combat despots with violence is to cede to them the choice of battleground and tactics. Amateurs using violence against experts is the quickest way to defeat. At the time of writing, China has doubled the number of troops garrisoned in Hong Kong, including specialised anti-riot units.

We can do little in support of our fellow-workers in Hong Kong except to voice our solidarity while at the same time maintaining our constant campaigning for socialism as the real hope of humanity.