Climate Versus Capital: The Juggernaught of Profit 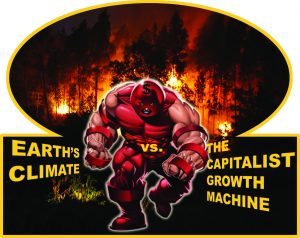 Climate: up against the ‘growth machine’ of capital

In late September the climate crisis was in the spotlight. Friday 20 September was the first Global Climate Strike, with four million taking to the streets in 185 countries (reported figures vary). Protests continued over the weekend. On Sunday afternoon our comrades in the World Socialist Party of India held a rally on College Square, Kolkata under the rousing slogan ‘Save the Planet, Share the Earth.’ Then on Monday 23 September the United Nations Climate Action Summit in New York opened with the eloquent appeal of 16-year-old Greta Thunberg, followed by speeches of so-called ‘world leaders’ (‘national leaders’ would be more accurate), including French President Emmanuel Macron, German Chancellor Angela Merkel, and Indian Prime Minister Narendra Modi. More ‘world leaders’ spoke the next day at the 74th debate of the UN General Assembly.

The ‘world leaders’ proved that Greta was not far off the mark when she told them: ‘All you can talk about is money and fairy tales of eternal economic growth.’ Reporting from ‘inside the messy, desperate chaos of the UN Climate Summit,’ Jeff Dembicki complains that their speeches were ‘blandly inoffensive’ (vice.com, 24 September). None dared name or confront the ‘elephants in the room’ – the corporations (Exxon, Chevron, Shell, etc) that since 2018 have invested $50 billion in new fossil fuel expansion projects or the Koch brothers and other tycoons who fund propaganda ridiculing climate science and calling global warming a hoax. None so much as mentioned the urgent need to complete the transition to renewable energy and leave remaining deposits of fossil fuel in the ground.

Dimitri Lascaris of The Real News had the following to say about the speeches delivered on September 24:

‘I was in the UN General Assembly yesterday. I must have seen fifteen world leaders come up to the podium. And every single one of them without exception talked about their credentials as champions in the climate fight without mentioning any of the things that they’re doing to undermine the battle.The last person to speak, Greek Prime Minister Kyriakos Mitsotakis, was crowing about the fact that in 2028, a decade from now, they’re going to stop producing energy from lignite [brown coal] in Greece. What he didn’t say … and what the mainstream media are not talking about is that the Greek government is actively promoting offshore drilling in the Aegean Basin in the Eastern Mediterranean… Turkish President Recep Tayyip Erdogan also spoke… He was crowing about the number of trees they planted in Turkey, but he has deployed his navy near Cyprus in order to secure control over offshore oil deposits and begin drilling there… These leaders are talking out of both sides of their mouths (video, 25 September) .’

Talking out of both sides of the mouth – or ‘speaking with forked tongue’ – is an essential skill for the capitalist politician. You can hardly expect them to talk in the same way to the general public and to the capitalists whose interests they serve.

Actual progress in the transition away from fossil fuels is painfully slow. With the aid of a good microscope you can detect it, but only if you focus on relative quantities. The proportion of the global power mix constituted by renewables (solar, wind, hydro) is about one quarter and inching upward, rising in 2018 by 0.8 of a percentage point to almost 26 percent. In Europe, the most advanced region, the proportion is 36 percent, in India, Japan, and the United States only 18 percent (all figures from the Global Energy Statistical Yearbook 2019, https://yearbook.enerdata.net).

In absolute terms, however, world output of all three fossil fuels is still rising. This is true even of coal: output seemed to peak in 2014, but is now again growing at the ‘modest’ annual rate of 1.3 percent, due in large part to expansion of production capacity in India and Indonesia.

As for oil and gas, a boom is currently in progress, led by the United States. US gas output ‘surged’ in 2018 by 11 percent, while world output rose by 5.2 percent, twice the historical trend. The boom is made possible by horizontal drilling and hydraulic fracturing – the notorious ‘fracking’ that if we live nearby destabilises our subsoil, poisons our drinking water, and shoots methane flames from our faucets. The filthy tar sands of Alberta, Canada are still being extracted, transported, and processed. And drilling for new deposits continues unabated at numerous locations throughout the world, from the Gulf of Mexico to the South China Sea.

Not just the fossil fuel corporations

It is right to emphasise the need to accelerate the transition from fossil fuels to renewables. And yet this is by no means the only front in the struggle for human survival, nor are the fossil fuel corporations its only enemies.

Consider, for instance, the fires now burning through the forests that serve as our planet’s lungs – in Amazonia but also in other parts of Brazil and in Indonesia. These are not ‘wildfires’: there is good reason to suppose that they are set deliberately in order to clear the land for commercial activities. In Amazonia arson opens up land for the cultivation of soybeans, for cattle ranching, in certain places for mining. In the tourist area around Pinheira in southern Brazil a state park has been set aflame with a view to residential development on what is viewed as prime real estate (The Real News, 25 September). In Indonesia most forest fires are set in order to clear land for palm oil plantations. So capitalists in at least five distinct non-energy fields of profit-making enterprise are involved in laying waste these precious forests.

Or consider the melting of the Arctic ice cap. If we are to restore the planet’s climate system to a stable and livable equilibrium, then we must find ways to halt and reverse this process. Here again, however, capitalists in diverse fields of enterprise are salivating over the profit-making opportunities created by the melting of the ice – above all, shorter routes for shipping between Europe and Asia and extraction of many kinds of natural resources. In Greenland the retreat of the ice sheet has triggered a hunt for yet more coal, oil, and gas as well as for iron ore, nickel, aluminum, lead, zinc, molybdenum, niobium, tantalite, rare earth elements, gold, platinum, diamonds, other precious stones, and uranium (though the country’s parliament did block a uranium mining project near the capital of Nuuk).

Other forces standing in the way of effective action on climate are the military and the military-industrial complex. Neta Crawford, who teaches at Boston University, has analysed emissions of greenhouse gases by the US armed forces over the period 2001-2017. She found that the Pentagon is responsible for greenhouse gas emissions greater than those of many countries, including Portugal, Sweden, and Denmark. Weapons and military equipment use up enormous amounts of fuel. Aircraft are especially ‘thirsty,’ typically consuming 4-5 gallons per mile (not, be it noted, miles per gallon!).

Speaking of aircraft, even civilian air travel may have to be reduced, for the sake of the climate. That may not be welcome news to the capitalists who own airlines and aircraft manufacturing plants.

Up against the ‘growth machine’

These examples should suffice to show how broad a range of capitalist interests the struggle for human survival will have to confront and overcome. This is not to imply that effective climate action is against the profit-making interests of the whole of the capitalist class. Makers of solar panels and wind turbines obviously stand to benefit. And climate activists have had some success in winning managers of insurance companies over to their side.

It does not really matter to the executives of capitalist firms what they make, provided that they can sell it at a good profit. On the whole, however, they prefer to stick to the line of business to which they are accustomed and avoid incurring the costs of shifting to a new line. This is especially so in industries with vast amounts of sunk capital – that is, equipment that can only be used in the industry concerned. Coal, oil, and gas all fall into this category. 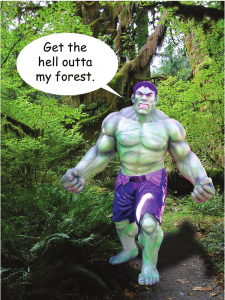 In fighting for our survival as a species, we are ultimately up against the mindless and heartless ‘growth machine’ that has come to dominate our world. Socialists call this machine capital. Endless expansion is intrinsic to capital, which Marx defined as ‘self-expanding value.’ Capital is an inhuman and anti-human machine, even though it is human action that originally set it in motion, keeps it running, and will soon – let’s hope – bring it screeching to a halt.