50 Years Ago: The Failure of Civil Rights

The Failure of Civil Rights

Few people with an ear to the ground in Northern Ireland could have escaped the growing evidence of murder, well organised and equipped, lingering in the political shadows. Yet when the murder guns added their fury to the flying stones, bottles and petrol bombs during the mid-August days of terror, most people were struck with a condition of profound shock beyond the limits of anything they had previously experienced. 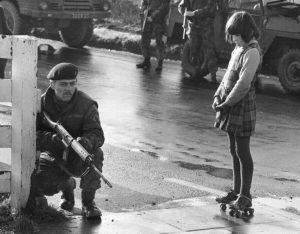 In a violent society eight human lives are but a week-end road accident statistic and people in the familiar role of fleeing refugees are constant T.V. fare that merely plucks the conscience to offhanded sympathy. But the dead were not Jews or Arabs; the queues of terrified refugees, whose homes had provided illumination for the carnage, were not Vietnamese, Biafrans or any of those ‘foreigners’ usually engaged in the practice. They were Belfast people: people who spoke as we do . . . walked the same streets . . . knew the same problems.

The strife was confined to working class areas. The back-to-back houses of Derry’s Bogside—among the most miserable slums in Europe — Belfast’s Falls Road, Shankill Road and Ardoyne area. Those who died, those who were wounded, those who were burned or terrified out of their homes were members of the working class. It was members of the working class, too, that did the killing, wounding and burning. No upper class casualties were reported.

The tragedy of the planet 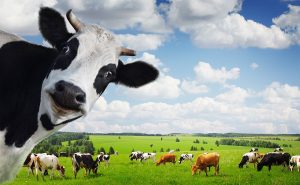 biologist Garret Hardin wrote about in his famous essay in the 1960s on the ‘Tragedy of the Commons’. Hardin’s basic thesis was seriously flawed. In practice, actually existing commons do not generally result in serious environmental degradation since they are often quite closely monitored and subject to stringent rules to prevent overuse and destructive exploitation.

More to the point, Hardin’s diagnosis of the problem was misplaced. It was not the fact that there was a commons to which the herders could gain free access that was the root cause of the problem of overgrazing. Rather it was the fact that the cattle herds were privately owned by herders in competition with each other that locked them into the destructive logic whereby each herder benefited exclusively from the addition of one more head of cattle to his/her herd but where the environmental costs of each additional head of cattle were externalised and shared by all the commoners.

The same kind of logic applies in the case of how capitalism is dealing with climate change. The trillions of dollars needed to tackle climate may well be less than the costs of inaction but as long as each capitalist state is seeking to externalise the costs of tackling climate change – get others to bear more of the burden of these costs so as not to impair its own economic prospects in its competition with others – inaction will result. States will only be dragged kicking and screaming into action as things get generally worse and the action they take will probably be too little too late.

That is the tendency of capitalism – to get away with what is minimally required.