So far, so good

Faiza Shaheen in an article titled The Rich Are Getting Richer, And It’s Not Just Their Business – It’s All Of Ours (huffingtonpost.co.uk, 6 August) informs us ‘…the top 0.1% enjoy pre-tax incomes in excess of £650,000 a year. And guess what? The increasingly rich elite are increasingly turning their back on the rest of us – moving into spatially more concentrated areas in London and the south east.’ She adds, ‘.. more than three quarters of us are stressed about money. Household debt is at record highs and work simply no longer pays, with 70% of children in poverty living in a household where an adult works…’. She also notes that most of their stolen wealth is inherited – ‘..the supposedly self-made nouveau riche like Donald Trump got a $400 million leg-up for his businesses’ and the ‘ 7th Duke of Westminster, for example, is worth at least £8 billion, largely because his ancestors acquired loads of valuable land in London’ – and concludes ‘when the economy is only working for a small percentage of the richest and this in turn is concentrating power and influence skewing our media, politics and inevitably negatively shaping how we feel about each other, the 99% must do more than demand a greater share of the pie – we need to change the recipe’.

So near yet so far 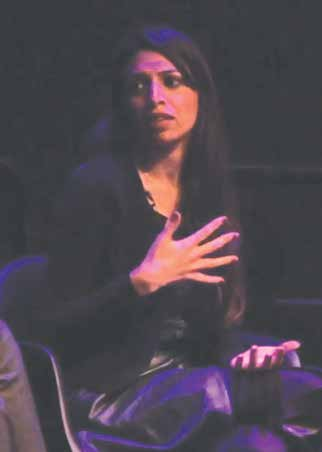 Faiza Shaheen is a director for Centre for Labour & Social Studies, which has the promising acronym CLASS. She notes that in the UK the 1 percent is concentrated in London and south east. Here, and worldwide, capitalism shows one of its hallmarks, class division. Poverty is found alongside plenty, the well-heeled alongside the homeless. ‘More than 6,000 homes in Kent are empty. Action on Empty Homes has revealed a total of 6,172 residential properties have no one living in them. And yet 4,723 people are either living in temporary accommodation or sleeping rough in the county’ (kentonline.co.uk, 7 August). These empty homes are worth an estimated £1.8bn. And here another hallmark can be seen: production is for profit not need. Houses are built by workers to be sold on the market and those with holes in the pockets need not apply. Shaheen’s recipe for change is nothing new. Indeed, she and Action on Empty Homes are reading the same reformist cookbook. CLASS – a ‘think tank dedicated to championing policy so that the political agenda works for everyday people’ and AEH’s campaigning issues, such as ‘Council Tax can now be doubled on homes left two years empty. We campaigned against discounts for empty homes and support councils implementing new premiums’ – is thoroughly reformist.

Nearly 150 years ago, Engels stated that there is no possibility of a rational approach to housing within capitalism. ‘As long as the capitalist mode of production continues to exist, it is folly to hope for an isolated solution of the housing question or of any other social question affecting the fate of the workers. The solution lies in the abolition of the capitalist mode of production and the appropriation of all the means of life and labour by the working class itself’ (The Housing Question, 1872). ‘A social transformation and a legislative reform do not differ according to their duration but according to their content.’ A revolution is the work of a class which has gained political power in order to transform society to suit its interests; a reform is carried out only within the framework of the social system created by the previous revolution. Hence reforms cannot end capitalism; they can modify it to some extent, but they leave its basis untouched. To establish socialism, a revolution – a complete transformation of private property into social property – is necessary. ‘That is why people who pronounce themselves in favour of the method of legislative reform in place of and in contradistinction to the conquest of political power and social revolution, do not really choose a more tranquil, calmer and slower road to the same goal, but a different goal. Instead of taking a stand for the establishment of a new society they take a stand for surface modifications of the old society.’

We have a choice, but, to quote Rosa Luxemburg, ‘without the conscious will

and action of the majority of the proletariat, there can be no socialism.’ We need to seize the bakery and create our own recipes for the cookshops of the future socialist world of production for use and allocation according to self-defined need.