Wood For the Trees: Same Difference?

One of the less used items from within the dialectical toolbox is the sameness/difference duality. Its paradoxical nature is highlighted in the much used retort: ‘but that’s like comparing apples with oranges’; a phrase often used to emphasize the inappropriateness of a particular analogy. This kind of critique always insists on difference rather than similarity, a familiar feature of contemporary ideology, but sometimes what is important about apples and oranges is that they are both fruits.

During a discussion about narrative structures within literature and films I found myself more interested in the idea of the ‘meta-structure’ of the quest storyline. From The Epic of Gilgamesh and The Odyssey through The Morte D’Arthur to The Big Lebowski , Lord of the Rings and the Harry Potter stories we see many similarities. Indeed the rise of ‘genre’ entertainment has led to an expectation of formulaic similarities within the modern audience. An objection to this approach to understanding narratives is that it can overwhelm the subtle aesthetic differences that make the telling of the tale meaningful to a contemporary audience. So a balance is needed to produce an insightful and relevant critique of any art form; or, for that matter, of just about any experience.

Consumer capitalism attempts to surround us with novelty; it continually proclaims to have reinvented the wheel. On the supermarket shelves we see what appears to be an endless variety when in fact beneath the bright packaging we find much the same ingredients. The ability to see hidden realities beneath superficial facades has always been celebrated as one of the highest human intellectual achievements – with the scientific adventure being the supreme example. 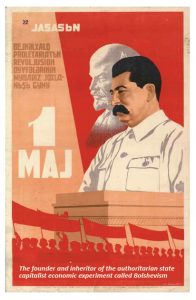 A great danger of being surrounded by hyperbole is that the truly new and important can be overlooked. This is where a dialectical approach can be a powerful help. Political ideologies come and go with great rapidity: ‘monetarism’, ‘neo-liberalism’, ‘the third way’, ‘Leninism’, ‘Trotskyism’, ‘populism’ etc, all proclaim to be something new and different but for a socialist they are just a tired repackaging of capitalism.

Hence we emphasize the sameness of such ideologies and not whatever subtle differences may or may not exist. Our perspective is purely pragmatic – will these ‘new’ ideologies substantially change the lives of working people? Upon consideration, using the methods explained above, we have reached the conclusion that such minor variations of the capitalist system cannot and will not change the lives of the majority for the better – and, thus far, we have been proven correct in our conclusions.

It might be surprising to some that, given the bitter and destructive nature of the class struggle, we do not emphasize any substantial difference between the vast majority and the tiny parasitic minority in terms of their humanity. The Left love to demonize the individual capitalist as evil and greedy – which he or she might be – but what is important here is to emphasize that they are trapped in their role just as the working class are trapped into making the lives of the rich possible. Obviously the economic concerns of the rich are very different from those of us who have to sell our labour power to them in order to exist but as human beings they also share many of our anxieties albeit in a different form. Life and death, physical and psychological well-being and human relationships dominate their lives as much as they do ours.

Given the social nature of our species the rich can suffer loneliness (the continual doubt about the possible monetary motivation of friends and loved ones) and the alienation born of privileged social exclusion and the continual quest for more wealth and power that provides status within their peer group. With this in mind we focus our critique on capitalism and not on individual capitalists. We stress the difference in economic and political terms and emphasize sameness in relation to our shared humanity and its deepest needs – a dialectical insight and balance is achieved.

The decision whether or not to emphasize one or other of these elements present in all political ideas is wholly dependent on historical development; for instance given the dominant mode of production in Russia in 1917 (agrarian and feudal) the sameness of the political and economic interests of the minority bourgeoisie (immanent) and the working class (future) at that moment in history made it imperative that both these minority classes worked together to overthrow the autocracy of the Czarist regime.

Had the Mensheviks the wisdom to reject participation in the then raging First World War the Bolshevik coup d’état would most likely never have happened and Russia would probably have progressed to a more traditional form of capitalism. The Bolshevik insistence that their regime was a form of socialism, and the acceptance of this by many intellectuals, is testament to the dangers inherent in wrongly emphasizing the difference of the social origins of a new elite and their confused statist economic experiment rather than insisting on the sameness of authoritarian structures inherent in all forms of capitalism from the perspective of the overwhelming majority.