‘The Democratic platform is a political omelette made of stale eggs.’

The 2020 ‘…candidates’ divisions laid bare in feisty TV debate’ (bbc.com, 27 June) resulted in much hot air. The so-called Democratic Socialist (a tautological misnomer) Bernie Sanders added his reformist 50 cents on ‘issues’ such as Medicare, student loans, and taxes. Unsurprisingly, neither he nor the other would-be mis-leaders spoke of the urgent need for a world of free access and production for use where the best education and healthcare would be available for all. And all this without taxes, which might at first glance please Donald Trump. He actually provided the best summary of the debate by tweet the same day: ‘BORING!’

This remains true, although the past for some of today’s Democrats is New Deal America under President Roosevelt. Between the years 1933-36 a series of reforms were introduced as a result of the Great Depression. The Democrats of the time favoured more government intervention, which contemporary Republicans opposed. The Workers’ Socialist Party of the United States, today’s WSP (US), commented: ‘Economic developments are producing conditions that make the case for Socialism more strikingly clear than was possible in the past era of rampant individualism, and collectivistic ideas of sorts are floating around and being discussed in the most unlikely circles. But in the building up of a sound and powerful party of Socialists… a very great amount of work remains to be done’ (More about Roosevelt’s ‘New Deal’, Socialist Standard, August 1934).

‘In the light of experience, why should you vote for either the Republican or Democratic parties?’

Indeed, and as true then in 1908 as today. War and poverty remain as does the boom and bust cycle of capitalism. Prior to FDR’s election in 1933, our US-based comrades wrote: ‘It should be clear to all workers that the working class, if they are to escape from the misery of capitalism, must first understand their class position, and must then build up a Socialist political party for the purpose of capturing the powers of government in order to introduce Socialism’ (Socialist Standard, October 1932).

‘This is the only solution of the economic problems of the working class. All else will leave them wage-slaves still’.

The Democrats and Republicans want the 99 percent to take yet another spin on the reformist misery-go-round. Sanders has voted with the Democrats 98 percent of the time. Let us put his qualified support for $15/hour into context:

1865: ‘Instead of the conservative motto, A fair day’s wage for a fair day’s work, we must inscribe on our banner the revolutionary watchword, Abolition of the wage system’ (Marx, Value, Price, and Profit).

1965: Workers still ‘don’t realise that they can abolish the wages system’ (Socialist Standard). 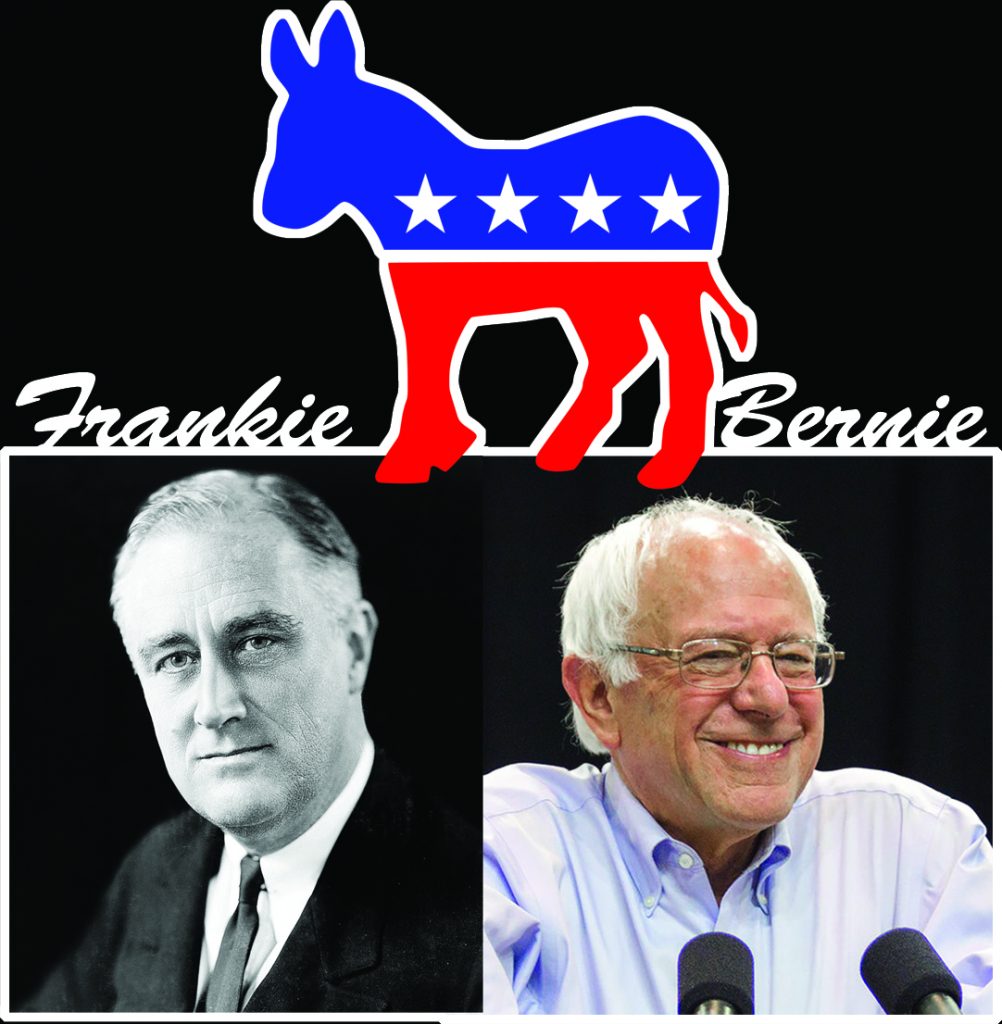 A recent study shows that the richest 0.00025 percent owns more wealth than the bottom 150 million Americans (commomdreams.org, 10 February). Wealth is the product of human labour, acting upon nature-given materials, that is capable of satisfying needs. We work, they take and pass on. Some of today’s capitalists have many centuries of legalised theft behind them. The richest families in Florence got a head start and have been at it for the past 600 years.

‘If the workingmen are to be emancipated, they must emancipate themselves.’

If the quotations above seem dated yet strangely relevant, it is because they were made by a founding member of the IWW and former Democrat Eugene Debs on the US presidential campaign trail in 1908 for the (now defunct) Socialist Party of America. Notably he also said that year: ‘The capitalist system under which we live has about run its historic course, and on every hand we see unerring signs of a change. It has begun to write again its record of bankruptcy and failure, of idleness and distress, of despair and death.’ And: ‘There will be no trouble about the necessities of life when the working class takes over the machinery. They will have all the best food they need, the best homes that can be built, the best schools — no child labor, no grinding toil — and all the beautiful things will be for everyone’ (Source: www.marxists.org/archive/debs/works/1908/080918-debs-saidbydebs.pdf).