Material World: Nobody should own the Earth

Our Euroelection leaflet came to the attention of Lesley Docksey who referred to it in an article on ‘Why Do We Think We Own the World?’:

‘Most political parties (barring the alt-right) will claim some desire to help protect the environment, by which they mean ‘manage’. Take this example from a Socialist Party’s leaflet, with the headline ‘There is only one world’: “… the world’s natural and industrial resources must become the common heritage of all humanity so that they can be used to directly meet the needs of the world’s population…” How did ancient man arrive at this attitude, this arrogance that became the rule so precisely displayed in Genesis?’ (London Progressive Journal, 8 June ).

Is the Socialist Party as guilty as accused in that we share the same beliefs as Old Testament fundamentalists that God gave the Earth to humans to dominate?

If Docksey looked deeper into our case she would have found that we advocate common ownership, which can be defined as a situation in which no person or group has the right to exclusively control productive resources. The word ‘ownership’ can be misleading in that when we transfer to all members of the society the power to control the production of wealth, where no one is excluded from the opportunity of controlling and benefiting from the access and use of the means of production, then the very concept of property is redundant, the sense of exclusive possession has become meaningless.

This is exactly what she seeks when she later says in her article ‘…Is it too late to ditch our rigid world view, our superiority, our belief in our ‘right’ to own and control our world?’ She then asserts ‘…There is only one thing that makes humanity truly exceptional; our desire to own and control everything, partnered by our horrible ability to destroy what we try to control…’

We don’t share her pessimism. The species homo sapiens, unlike other animals, possesses the ability to change its needs, technologies and social relations. Culture allows humans to adapt to a new or changing environment much, much more rapidly than any evolutionary biological adaptation through natural selection ever could. The behavior of other animals cannot develop in the same way that humans can. This cultural change is one of the distinguishing features of our humankind. 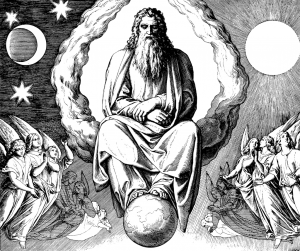 However, there is another aspect to her article when she declares that ‘… For far too long, humanity has regarded itself as ‘outside’ Nature…’  She certainly never learned that belief from socialists. Here are the views of a couple of nineteenth-century socialists.

Marx pointed out that capitalist farming is unsustainable because it inevitably starves the soil of nutrients. It is nothing less than ‘an art, not only of robbing the labourer, but of robbing the soil’ (Capital, Vol 1, chapter 15). And he wrote bitterly that: ‘In London they can find no better use for the excretion of four and a half million human beings than to contaminate the Thames with it at heavy expense’ (Capital, Vol 3, chapter 5).

Engels issued this ecological warning: ‘Let us not, however, flatter ourselves overmuch on account of our human victories over nature. For each victory nature takes its revenge on us. Each victory, it is true, in the first place brings about the results we expected, but in the second and third places it has quite different, unforeseen effects which only too often cancel out the first.’

He added: ‘At every step we are reminded that we by no means rule over nature like a conqueror over a foreign people, like someone standing outside of nature.’ And went on to explain, ‘…but that we, with flesh, blood, and brain, belong to nature, and exist in its midst, and that all our mastery of it consists in the fact that we have the advantage over all other beings of being able to know and correctly apply its laws’ (Dialectics of Nature, chapter 9).

Yes, humans can manage – be stewards of – our environment’s ecosystem just as well as some of our antecedents did. We have the knowledge to do that. It is the profit system, not some trait of human nature, that prevents us doing this.

Marx recognised too that humans are part of nature: ‘Man lives from nature, ie, nature is his body, and he must maintain a continuing dialogue with it if he is not to die. To say that man’s physical and mental life is linked to nature simply means that nature is linked to itself, for man is a part of nature.’ He said that socialism would bring ‘the unity of being of man with nature’ (Economic and Philosophical Manuscripts of 1844).

So, no, socialists do not see communal property as conferring any right to rape the land and ravage natural resources. Here’s Marx again:

‘…Even a whole society, a nation, or even all simultaneously existing societies taken together, are not the owners of the globe. They are only its possessors, its usufructuaries, and, like boni patres familias, [good heads of the household] they must hand it down to succeeding generations in an improved condition’ (Capital, Vol.3, chapter 46).