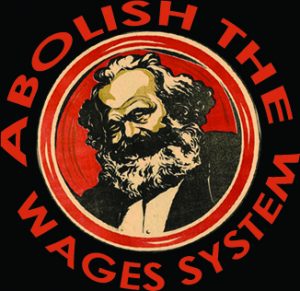 In 1865 Karl Marx advised workers to drop the conservative motto ‘A fair day’s wage for a fair day’s work!’ and instead advocate the abolition of the wages system. Over a century and a half later, reformers are still ignoring Marx’s view, and the Living Wage Foundation campaigns for ‘the simple idea that a hard day’s work deserves a fair day’s pay’. In June the Foundation made a submission to the Low Pay Commission, from which the following information is taken.

The Living Wage (or real Living Wage) is set above the legal minimum, and is intended to enable workers to make ends meet; it is currently £10.55 an hour in London and £9 an hour in the rest of the UK. Over one-fifth of workers receive less than this. Insecure work is a major part of the problem, and it was recently reported that one worker in ten (4.7 million people) now works in the precarious gig economy (Guardian 28 June).

Low pay affects some groups of workers in particular, such as bar staff, waiters, sales assistants and care workers. Some parts of the country (Northern Ireland, East Midlands and Wales) are considerably above the average for the proportion of low-paid workers. More women then men are paid below the Living Wage, and the figures are also higher for disabled workers and those who are black or of Bangladeshi or Pakistani descent.

Workers aged under 25 are only entitled to the minimum wage (£7.70 an hour for someone aged 21 to 24), while those over 25 must be paid the national living wage of £8.21 an hour. The report makes it clear that paying the legal minimum leaves workers struggling to keep their heads above water: ‘A full time worker earning the government’s “national living wage” currently earns over £1,500 a year less than they would on the real Living Wage – equivalent to over a year’s average gas and electricity or three months’ average rent.’ It is also claimed that paying the Living Wage benefits employers too, in terms of workers performing better and there being less turnover of staff. Nevertheless, most FTSE 100 companies have not undertaken to pay this rate.

What all this shows is that twenty-first century capitalism cannot provide decent living standards for most workers. Low pay and insecurity, not to mention the risk of unemployment, make their lives a constant struggle to keep going. All those years ago, Marx certainly had the right idea.