Wood for the Trees: Political Aesthetics

It is relatively easy to comprehend the politics involved in cultural aesthetic sensibilities. In this issue you can read about the colonial background that still informs India’s conception of female beauty. There exists no universal or cross-cultural consensus as to what constitutes beauty, good taste or even art itself. This is not to say that aesthetics are purely subjective since we can trace these values as they evolve through history; the politics involved within this process are revealed by an understanding of class, power and cultural dialectics. But can politics itself possess an aesthetic dimension? Would it be appropriate, or even possible, to speak of a socialist aesthetic?

Since it is the case that even mathematics is considered by some of its more esoteric practitioners to be an art rather than – as you might think – merely the absolute manifestation of cold logic, it would seem that no human activity is totally free of aesthetics. Perhaps this is partly what ‘humanises’ any discipline. To find pleasure in work (all labour, not just the so-called creative arts) and its results in terms of form, rhythm, pattern, catharsis and insight etc. is for most of us a high point of existence. For this to become available to everyone we must, of course, eliminate wage slavery and its alienation. Perhaps this understanding of freedom is the foremost socialist aesthetic. If we can find no pleasure in work then the revolution is pointless.

This conception of aesthetics is, unsurprisingly, contrasted with that found within contemporary bourgeois ideology which focuses on icons of escapism, individualism and power. We are informed that it is possible to enjoy the music of Wagner, the films of John Ford, the philosophy of Nietzsche and the poetry of T. S. Eliot purely aesthetically without reference to their reactionary politics. Perhaps so, but without an awareness of the underlying messages of racism, violence, misanthropy and despair it would be politically naïve to embrace their work uncritically. Aesthetics can be used in the service of both reaction and progression – loving someone doesn’t make them a good person.

Perhaps because music is the most abstract of the arts it is the easiest to subvert politically. William Blake’s poem Jerusalem and Edward Elgar’s Nimrod have become icons of English nationalism – a fate very different from the original intentions of the composers. Even the Red Flag and the Internationale have been corrupted by their association with the Leftist dictatorships of China and Russia. In a final horrible irony the British Labour Party sing both Jerusalem and The Red Flag at the conclusion of their annual conference; a synthesis implying a kind of ‘national socialist’ agenda which emphasises the danger of the mixture of idealism and romantic patriotism.

It is also informative that the avant-garde futurists were aesthetically at the forefront during the making of the Russian Revolution but succumbed quickly to the obscenity of ‘socialist realism’ once the Bolshevik bureaucracy was safely established. The personification of the perfect ‘Soviet man’ in this perverted propaganda exactly parallels the Aryan ‘superman’ of German fascist art and reveals their common bourgeois authoritarian historical origins.

Political philosophy also has its aesthetic dimension. The German tradition of dialectical analysis was subverted and then bequeathed by Karl Marx to the service of socialism. To its practitioners there is no greater theoretical pleasure than reconstructing the sectarian deconstruction of knowledge made by the ideologues of capitalism. One of its great post-Marx enthusiasts was a philosopher called Theodore Adorno. As a member of the ‘Frankfurt School’ he wrote many interesting dialectical tracts that can be appreciated purely in terms of the use of language and their structure and rhythm – especially his aphoristic essays.

Paradoxically in his distress at the commodification of the arts in the hands of the bourgeoisie, what he called the ‘culture industry’, he can justifiably be described as something of an intellectual elitist. Traditionally the ‘high arts’ were defined by an established cultural elite who looked down upon the ‘naïve folk art’ of the lower classes. Although the bourgeoisie aspired to artistic pretention this was always subservient to profit. Initially resisted, the music of 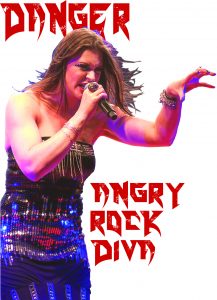 black American culture was unstoppable both in its popularity and so in its profitability. Undoubtedly this kind of commercialisation contributed to a democratisation of the arts (including, of course, cinema, sports, theatre and literature) but it has also led to an aesthetic dilution courtesy of consumerism.

Because socialism is not ‘ideological’ (being fully aware of historical class context and therefore it needs no religion, intellectual dogma or prejudice to mask the underlying political reality) its call for liberation is a cri de coeur for all humanity. Any profound rejection of capitalism will incorporate, however unconsciously, a level of the socialist aesthetic. If you doubt this just listen to the song Weak Fantasy by the rock band ‘Nightwish’ (https://bit.ly/2R0Bq1Z). Although the band is associated with the promulgation of the ideas of Richard Dawkins and environmentalism no socialist could demur from the song’s angry denunciation of the escapism, consumerism and lying propaganda of our present culture. Given the band’s synthesis of symphonic opera and heavy metal rock perhaps even Adorno might have had to rethink his disdain for popular culture.