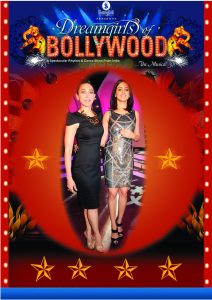 The description of the aristocracy as blue-bloods was very much based on class where fair skin highlighted a person’s blue veins which showed that they did not toil in the outdoors in the fields like the peasants. Today the problem is confused by the idea of race which human beings impose on themselves, an issue for the working class which we must overcome in our progress to a sane, humane society. Recently, the BBC reported that some children were lightening their dark skin to avoid bullying. Coincidentally, there was also a news story on the Miss India beauty pageant and its contestants’ fair-skinned complexions. For generations, Indian women have been raised with the belief that fairness is beauty and a sign of high birth. Advertisements featuring Bollywood stars suggest that lighter skin tones will help them improve their marriage prospects and get a better job. Cynthia Sims, of Southern Illinois University, found a gap in career opportunities between dark and light-skinned women in India. While a Seattle University study by Sonora Jha and Mara Adelman found that the chances for a dark-skinned Indian woman dating online were ‘nonexistent’. This has built a vast and ever-growing skin-whitening industry. The market for such products is expected to reach 50bn rupees (£566m) by 2023. The bias has even spilled over into religion. Just as depictions of Jesus show a very Western-looking white man, ad-maker Bharadwaj Sundar explains that similarly images of the popular gods and goddesses all show them to be light-skinned despite Hindu scripture describing many as dark-skinned. Nor is this desire for lighter skin restricted to India. Decades of cultural messaging to all people of colour present darker skin tones as unacceptable, and what they should be aspiring to is a ‘superior’ white skin. The World Health Organisation a few years ago found that 77 percent of Nigerian women use bleaching cosmetics, followed by Togo with 59 percent, South Africa with 35 percent and Mali at 25 percent. They are flooded with messages — and not even subliminal ones — that tell them that white is beautiful. The numbers of males bleaching is also rising rapidly.

The ‘why’ goes back centuries, and many determine the consequences upon colonisation. When the Europeans colonised Africa and Asia, they brought with them a belief that they were racially superior, and established a class structure that still exists today, years after countries gained their independence. In many countries, at the top of that class structure, sat white expats and Western diplomats. Next in the hierarchy were the mixed-race people when the European colonists mated with locals and produced offspring, who were then deemed to be superior class. South Africa’s apartheid system went so far as to legally enshrine mixed-race people as ‘coloureds.’

In many countries, the word ‘mulatto’ does not have a negative connotation. The view that the lighter your skin, the ‘better’ you are did not leave with the Europeans, and eventually, science caught up, as skin-lightening products became available throughout the continent. Many African women who use creams that affect the tone of their complexion routinely mention ‘chocolate’ as the shade they are aiming for. Many have seen that the ‘mulattos’ are given precedence.

And nor are all the skin-lightening products safe to use. In 2011, a study by the World Health Organisation exposed the dangers of bleaching with these cosmetics, many of which contain mercury, a substance that can cause kidney damage, suppress immunity, induce anxiety and depression, and even permanently destroy the nerves in the limbs and skin. Cosmetologists are making a lot of money off the bleachers even though the risks of contracting skin cancer on the long run is high. Products contains hydroquinone, an ingredient that disrupts the synthesis and production of melanin that can protect skin in the intense sunshine, and corticosteroids, which in the UK are prescription-only products still to be found on the shelves. Experts say there could be a sharp uptick in skin cancer because these products attack the skin’s natural protective melanin. When you bleach, it takes off the outer layers of your skin and in this part of the world, the sun is always on. So there’s more skin cancer.

Humanity is one race, so claims of skin tones reflecting ‘superiority’ only reveal ignorance. Fair skin won’t solve your problems. Until we can begin to discuss the class-based realities of the racism of skin colour, we will continue to be subjected to fruitless and destructive ‘quick-fixes’ to inequality.