They won, you lost

Ahead of the election in South Africa last month, a BBC report (1 May) confirmed that this country ‘..has the highest level of inequality in the world.’ Just over a year ago, another outlet put this fact in starker terms adding ‘…most of the nation’s wealth remains in the hands of a small elite’ (NPR, 2 April 2018). Writing before the result of this election is known, socialists can state with a mixture of confidence and sadness that multi-millionaire Cyril Ramaphosa’s class won, we lost. ‘The opposition Democratic Alliance leader, Mmusi Maimane, says the gap between “economic insiders and outsiders” has grown. “There is no indication of it closing. We are a country split in two”” (bbc.com, 1 May). But neither the ‘market-friendly’ DA, nor the state-capitalist Economic Freedom Fighters offer an escape route as they are two sides of the same coin.

Shenilla Mohamed, executive director of Amnesty International South Africa, told Deutsche Welle (26 April): ‘Mandela had a very romantic dream, to some extent, of having a nation where everyone is equal, where people are able to access their basic human rights, economic, social, cultural rights. But South Africa is a country where the quality of life has not improved for the majority of the population in 25 years. Issues such as racism are still in the foreground because people feel they have been disappointed by a system which began in 1994, when independence promised that everything was possible.’ Compare this candid comment with that of Stefan Simanowitz, European media manager for Amnesty International, who, seemingly reminiscing through a rose-tinted fog, states: ‘Just after Mandela was sworn in came a moment that still gives me goosebumps. Three jets flew low over the crowd followed by four helicopters, each towing the new flag. Instinctively we flinched. But then it dawned: The military — and the state — were no longer enemies of the people: they now belonged to the people’ (mg.co.za, 28 April).

Members of Abahlali baseMjondolo, the shack-dwellers’ movement in South Africa, are well acquainted with the state as a coercive machine of class oppression. AbM are credited with starting UnFreedom Day, an unofficial annual event that is planned to coincide with the official South African holiday called Freedom Day, the orthodox annual celebration of the country’s first non-racial democratic elections of 1994. Ten years ago South African police initially tried to ban the UnFreedom Day, made some arrests and monitored the demonstration with a low-flying helicopter but later retreated. An altogether more blatant display of state power took place on 16 August 2012, With 17 workers killed and 78 wounded by the police, the Marikana Miners’ Massacre was the most lethal use of force by South African security forces against other workers since 1976. Commissioner Phiyega said that the police had acted well within their legislative mandate as outlined in Section 205 of the Constitution. Ramaphosa and King Zuma share responsibility for this mass murder and have yet to stand trial…

Learning from the past

‘ A democratic state . . . industry and trade shall be controlled to assist the well being of the people . . the land re-divided amongst those who work it. . . The police force and army. . . shall be the helpers and protectors of the people. .. . . a national minimum wage . . . the right to be decently housed . . . free medical care . . . Slums shall be demolished . .. ‘ (The Freedom Charter adopted by the ANC in 1955). Nelson Mandela: ‘The ANC has never at any period of its history advocated a revolutionary change . . . nor has it.. . ever condemned capitalist society.’ In the August 1988 edition of this journal, we stated: ‘ If the ANC come to power they will have to take on the task of controlling and disciplining the majority when it becomes clear that capitalism run by blacks is little different to the white-dominated variety. They will have to ensure “calm labour relations”, which will bring them into inevitable conflict with “All who work shall be free . . . to make wage agreements with their employers” (Freedom Charter). ‘ ‘Already in 1948 apartheid was an anachronism, even from a capitalist point of view…The end of apartheid will not mean the end of working-class problems. At most it will result in the creation of the best conditions under which the working class can struggle to protect its interests within capitalism and, more importantly, can struggle alongside the workers of the rest of the world for the non-class as well as non-racial society that socialism will be’ (After apartheid, what? March 1990). 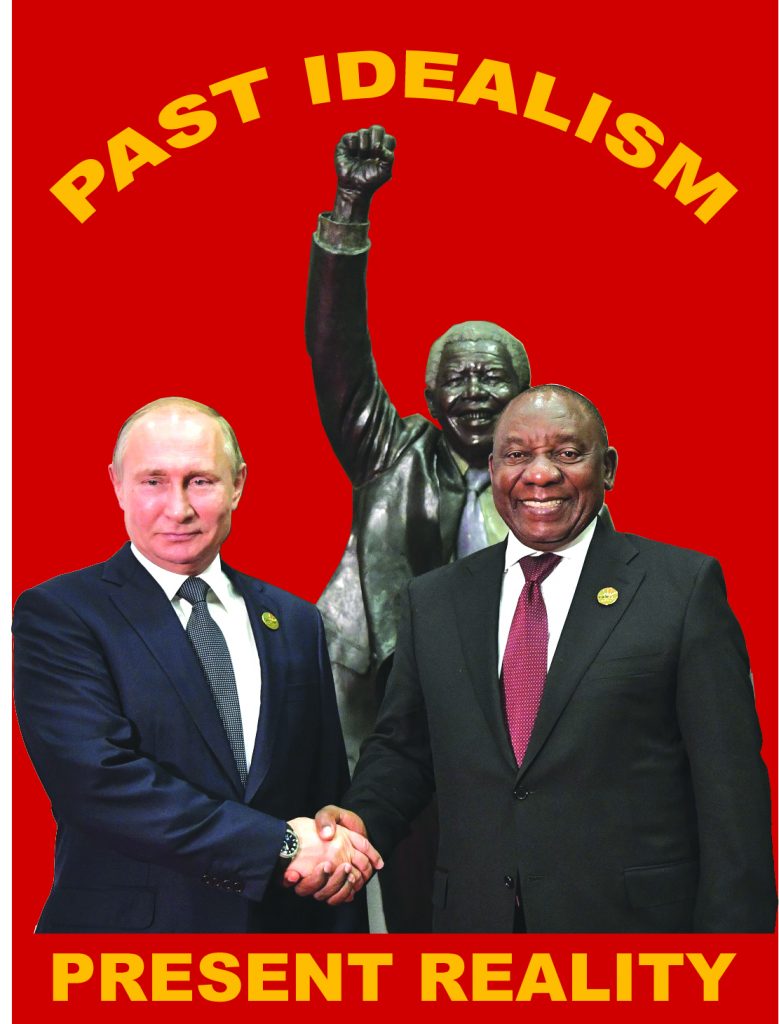