For children, all being well, the world is there to be explored with open-minded enthusiasm. By the time we reach adulthood, much of life has sadly lost its sheen and turned into a series of routines and/or things to be stressed out by. Growing up means learning what society’s expectations are, and how to try and deal with them. As shown by the ITV documentary series Planet Child, an important time is between the ages of four and seven, when children are finding their own personalities and boundaries. In the programme, twin doctors Chris and Xand van Tulleken look into what attitudes and values children have, and what they are capable of doing without their parents around. Through experiments disguised as fun activities, it’s revealed how youngsters react and behave in various situations. The kids taking part are a lively, happy bunch from different families around the UK.

Planet Child’s three episodes each focus on children’s autonomy, moral sense and gender identities. In the first episode, how independent the children are is gauged by the van Tullekens asking them to navigate across a city park, buy a souvenir and get a bus to the London Eye all by themselves (apart from the undercover chaperones, cameras, in-on-it shopkeepers and fake bus).All the groups make it to their destination ok, but the footage of them running around London without adults looks strange and even a bit worrying. These days, we’re not used to seeing children out alone as much as before. In Britain, the area in which kids roam away from home has shrunk 90 percent on average compared with the late 1960s, and 97 percent of primary-school-aged children are taken to school, a figure which has increased over recent decades. People now have a heightened awareness of risks, whether from paedophiles or car accidents, and while common sense should be used, this reflects a more wary, paranoid society.

In the second episode, the children’s sense of ‘right’ and ‘wrong’ is investigated. The groups are left alone in a shop with cameras hidden among its tempting rows of jelly sweets and plates of chocolate-dipped marshmallows. ‘Don’t let anyone touch or eat my sweets’ says the show’s pretend shopkeeper as she leaves. The four- and five-year olds last a lengthy twenty minutes before they start guzzling like the proverbial kids in a sweet shop. The six- and seven-year olds stick it out for longer, until an in-on-it adult comes in and helps himself, giving them an excuse to start tucking in. Later, the younger children are quick to own up, probably because they haven’t thought enough about the possibility of reprimands, whereas the older group come up with an elaborate fib that a robber ‘wearing a black woolly hat with no bobble on’ made them eat the chocolate. The question of whether grown-ups would abstain for as long in the same test was left unanswered. The issue here isn’t so much about the requirement to pay for sweets (or anything) before having them, it’s more about doing what you’re told. In many circumstances, there’s a sound reason for kids to do what we tell them, but they like to push boundaries, and some are worth pushing. 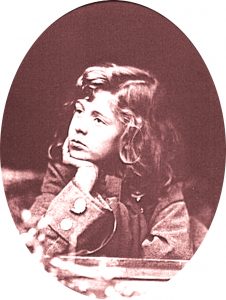 The last episode looks at children’s awareness of gender roles. Research affirms that boys prefer to play with toy fire trucks and girls prefer to play with dolls, and that blue is a ‘boys’ colour’ and pink is ‘for girls’. But gender roles are now less rigid than these stereotypes suggest. Studies from around the turn of the millennium found that boys defined themselves according to actions and abilities while girls defined themselves more according to close relationships and appearance. When the kids taking part in the programme talk about themselves, the girls speak more about what they do and want to be than their earlier counterparts might have done. There are still differences in expectations, including over intellect. Asked to draw a picture of a clever doctor, nearly all the children draw a man. There’s a tendency for boys to overestimate their abilities and for girls to underestimate theirs, reminding us that inequalities persist from a young age.

Unfortunately, Planet Child doesn’t consider enough how these attitudes and viewpoints are acquired. Children learn how we’re supposed to behave within society’s accepted values. These evolve over time; parenting in Britain seems to place more emphasis on risk awareness and challenging some stereotypes compared with the past. And of course, the norms children learn to accept differ between cultures. The show also features a tribe in Namibia, where traditional gender roles are defined sharply and children walk miles across the desert away from their village to look for wood. In a Japanese school, good behaviour is taught through encouraging a kind of top-down co-operation and shared responsibility for the surroundings, which means they have committees to report on leftover milk, for example. The values which our behaviour is shaped by reflect how our culture aims to get things done. All societies need their own boundaries and norms, but it’s a shame that as we learn capitalism’s rules and expectations, we also tend to lose that wide-eyed energy kids have. Maybe we shouldn’t teach children what to think as much as how to think.