A slave is the property of another person, just like a book, a shirt or a car. A slave can be bought, sold, punished, mistreated, ordered around, with no power or means to object or resist. Slavery was a lengthy stage in human history, found in the Roman Empire among many other places, and, with the slave trade, played a significant part of the development of countries such as the UK and the USA. It still exists today, and one of its most prevalent forms is human trafficking, the trade in human beings, which brings in vast profits for some and is accompanied by unspeakable human misery.

Human trafficking ‘involves recruitment, harbouring or transporting people into a situation of exploitation through the use of violence, deception or coercion [where they are] forced to work against their will’ (antislavery.org). It applies to perhaps twenty million people, though statistics are unreliable given its secretive nature; in 2016, there were globally fifteen thousand prosecutions for trafficking, with 66,000 victims identified. It need not imply actual transporting of a person from one place to another, as people can be forced or duped into working without necessarily being moved around. The term ‘modern slavery’ is sometimes employed in a slightly different sense, without recruitment having to take place, as some people are actually born into slavery. But ‘slavery’ and ‘trafficking’ are frequently used interchangeably. 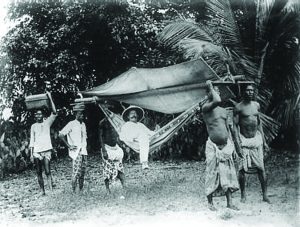 Often people are lured with promises of well-paid work in a comfortable situation with plenty of time off, only to find that they are effectively enslaved, living in dreadful conditions, forced to work long hours, with no pay and no holidays, given just enough food to maintain them; moreover, they have no dependants who need to be supported. Their passports will often be confiscated as a way of controlling them, and they may be threatened with violence or deportation if they complain too much. Women trafficked into sex slavery are a prominent example, with them having no say in how many men they have sex with. Other examples include domestic servitude and forced labour, including people having to work to pay off huge debts. Promises of a career in top-flight football are used to entice boys to travel to Europe. Even when released from slavery, the victims may be deported, or else left in limbo for months or years while police and government agencies decide what to do.

Some individual cases will put a human face on the statistics and general descriptions. In December 2017 two men pleaded guilty to trafficking a vulnerable 19-year-old woman who was compelled to carry drugs from London to Swansea (Guardian, 13 April 2018). After an exchange on social media, she had been lured into a car and driven to South Wales. Her mobile phone had been destroyed, and she had been beaten and forced to store Class A drugs inside her. One estimate is that thirteen thousand people in the UK are held in slavery.

In a Bangladesh town, Rohingya refugees from Myanmar were trafficked to Malaysia, sometimes paying for the journey, sometimes taken in by promises of relatively high wages (New York Times, 23 July 2015). It began as a small-scale operation but gradually became much larger, even involving people being abducted so they could be trafficked. As many as twenty-five thousand made the journey in the first three months of 2015. People would be held in camps and their families asked for a ransom before they were released; and mass graves were discovered. It became a multi-million-dollar business, and any arrests were confined to low-level participants, rather than the police or politicians who were rumoured to be involved.

The US food industry makes much use of trafficked workers, in restaurants, bars and agriculture (npr.org, 29 March 2017). The workers come mostly from Asia and Latin America, are housed in squalid conditions, have no medical care, and can be controlled by being threatened with deportation. Poor knowledge of English helps to isolate them and makes it hard for them to fight against their situation.

The border between Nepal and India is a busy route for traffickers. Often men make contact with girls on Facebook, and then convince them to leave their families and run away with them, but with the sole aim of selling them to a brothel once they are over the border in India. One woman who now helps to spot trafficking victims at a border post said, ‘My boyfriend sold one of my kidneys and then he sold me. I am only alive today because I was rescued’ (Guardian, 8 February).

In 2017 the US State Department published a comprehensive report on human trafficking. The then Secretary of State, Rex Tillerson, noted there that trafficking robs human beings of their freedom and dignity. But he also stated that it ‘distorts global markets’ and ‘undermines the rule of law’. This is one reason why capitalism is opposed to trafficking and so attempts to stop or at least restrict it: it disrupts the ‘proper’ functioning of the profit and market system. If some employers can get round laws relating to minimum wages, health and safety, and workers’ abilities to defend their working conditions, they are likely to make bigger profits than those who abide by such regulations. Politicians and so on may have moral objections to trafficking, but there are economic arguments too.

Slavery is fundamentally different from wage labour. Whatever the restrictions on workers who sell their labour power for a wage, slaves and trafficked workers are in a far worse situation. They have their whole lives controlled by those who own them, and cannot stand up for themselves in any way. Their living and working conditions are much inferior to even the most badly-paid and insecure wage workers.

The causes of slaving and trafficking are not hard to see. A few people make massive profit from such activities, while far more – often desperate and perhaps somewhat naive – are fooled into thinking that they have found a way to get on in the world, or coerced into working for a slave master. Basically it is their poverty that causes them to be trafficked, a situation that is likely to continue for as long as capitalism does.