Wood for the Trees: Authority

It is no surprise that socialists have little time for ‘authority figures’. The origin of any level of power within this culture ultimately always derives from the capitalist class and their lickspittles; born of exploitation and oppression this kind of status is worthy only of our contempt. But what of moral and intellectual authority? Whilst discussing the nature of consciousness with the person behind the bar the other evening I commented upon the hubristic nature of our discourse (this is Cambridge remember) by reference to the generations of great minds who had considered the phenomenon before us. She paused and smiled and then resumed her musings on the subject. Philosophers of past and present have the ability to both intimidate and stimulate thought but what ‘authority’ do they have? Does the implied high level of intelligence together with a lifetime of study invest a person with authority? We might quibble with the usage preferring the word authoritative to describe an informed opinion; indeed such a person might not expect their conclusions to have any importance for others – but should they have? And if they do, of what significance are our own humble conjectures in comparison?

Many often claim to ‘have a right to their opinion’ and socialists would support that assertion but does the articulation of an unconsidered and therefore unresearched conclusion have any value? When we place ourselves in the dentist’s chair we assume many years of dedicated study and the certification to prove it; reassured by this we place ourselves under their authority. Unfortunately even with such advantages a dentist can still be rubbish at their job but this would not dissuade us from the belief that a profound knowledge of teeth is a definite advantage for anyone claiming to be a dentist. Is it the same with other disciplines like politics and philosophy? There are no certificates for intelligence and integrity but we usually recognise it when we encounter it in others. This kind of gravitas is always the result of study and coherent contemplation. Of course they can still be wrong despite all of their endeavours but such a conclusion, even if it is mistaken, has more value than an assertion based merely on ideological prejudice. Phrases like ‘the truth of the matter’ and ‘in the real world’ are used frequently with no reference to the profound philosophical implications of the concepts of truth and reality. So although we may dismiss the relevance of philosophy to our daily conversation it has to be acknowledged that without the concepts it creates we would have a very impoverished language with which to converse  and, ironically, it is only by using its logic that we can see that the phrases above are not related to their connotative meaning but rather to ideological prejudice and should really be articulated as: ‘this is the truth because I want it to be’ and ‘this is the real world because I need it to be’. 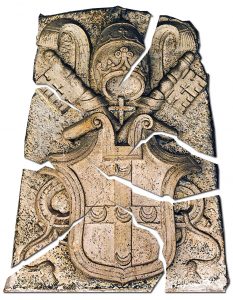 In the amoral cultural context of capitalism is there any source of moral authority? Are the ethical condemnations of its more obvious injustices just another example of empty ideological rhetoric?  In most advanced countries god is dead (or at least dying) and his priests no longer have any moral authority for the vast majority; however when asked about morality many will speak of it as ‘a personal matter’ as if their code of behaviour is somehow generated by individual free will rather than social conditioning and unfortunately the ghost of Christianity still haunts the European concepts of morality as do many of its hypocrisies. Giving to ‘charity’ is capitalism’s highest concession to any moral sensibility – conveniently forgetting, of course, that capitalism itself is a charity for the rich which directly causes the need of charities for the poor. We may refuse to buy goods that are created in third world sweatshops or decline to put our savings into banks associated with such companies only to discover that our own jobs might depend on a business which can only survive by using such cheap labour in a cut-throat market place. We might be morally outraged by the destruction of the environment but if it was a choice between not being able to provide for your family or taking the only job available which was to cut down trees in a rainforest we know the (moral) decision we would all, however reluctantly, have to make. This is why socialists believe that an entirely moral approach to politics is impossible and that no genuine moral authority can exist within an amoral world.

There are no individuals, books, ideologies, religions or traditions that can claim exclusive rights to intellectual or moral authority. We are all part of a process of cultural development that both informs us and to which we contribute (to a greater or lesser degree). Authority based on an economic power born of exploitation will always seek to inhibit this process but will always fail to do so in the end. Ever vigilant of the lurking seduction of our own prejudices and cultural conditioning we can seek out our own meaning from this rich human reservoir of knowledge. Even then we must subject what we think we know to our peers in debate and conjecture. Only such a democratic consensus (in the full awareness that it might be mistaken in both its method and aims) can claim to have any kind of political and/or moral authority.