Wood for the Trees: Nostalgia 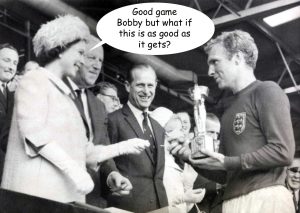 As adults almost all of us have memories from our childhood and adolescence that produce intense emotion; for this reason they cannot to be relied upon as representing some kind of accurate chronicle of the actions of the self and others in the past. They are, however, essential for the development of the identity of the individual. It is the synthesis of the emotional development of identity and these memories of the past that produce the bitter-sweet phenomena we call nostalgia. It seems that as we get older this particular emotion becomes ever stronger until, with some, it almost entirely eclipses the ideas and emotions of their contemporary experience. This can be seen as one of the reasons for the political conservatism of the older generation within any population. Memories that have been selected and processed are, of course, safer and far more stable than the continual confusion and challenge that everyday life confronts us with. We find comfort in the illusory feelings of safety and structure that some memories provide; but there are also other memories that can pose a threat to this illusion and for this reason we process them in a very different way – we usually repress them. We tend to choose the memories that sustain the identity we want to believe in rather than those that can reveal another side of our character that we are not so comfortable with. This complex internal struggle is often at the very core of our political beliefs and can be revealed by the nature and type of nostalgia that we embrace.

My father’s nostalgia for the kind of football played in the 1960s that allowed England to win the World Cup was very different from my own – he saw it as a triumph for the old-fashioned authoritarianism of the England manager (Alf Ramsey) and I saw it as an expression of the cultural liberation inherent in the ‘swinging sixties’. The decadence that he perceived (in contrast to his belief in the authoritarianism that, for him, had won the Second World War) was to become my ‘golden age’ of nostalgia. Conversely I also have a nostalgia associated with his work as a union shop steward and his role within the working class community that flourished at that time. It would seem that most cultures, like individuals, have a memory of a ‘golden age’ that generates part of its identity. Of course the cultural and the individual are engaged in a reciprocal relationship which enabled my father to embrace his ‘Englishness’ and me to reject mine. Listening to the music and watching TV shows from that time will always evoke nostalgia in me but I’m very aware of the danger of an uncritical and quasi romantic embrace of what they represent. I love the hope and confidence but dislike the naivety and superficiality.

In retrospect one of the most obvious elements of naivety can be seen in the narratives that many of the films and TV of that time possessed. There always had to be a resolution that punished the wrongdoer and rewarded the ‘good guys’. Undoubtedly this fed into the politics of the time and seemed to render a ‘black and white’ solution to the problems of the age. This moral illusion lies at the heart of a lot of nostalgia – a belief in a simpler time when there was a shared consensus in terms of social values. The moral ‘high ground’ that had justified the militarism used to defeat fascism was now utilised to defend the use of violence against the much more ambivalent ‘enemies’ of the moral morass that was the ‘cold war’. In the 1969 movie The Bridge at Remagen a German officer who is about to be shot as an enemy of the Reich looks up at the sky and seeing aircraft he asks: ‘Ours or theirs?’. The SS attending officer replies, ‘Enemy planes, sir!’ ‘But who is the enemy?’ muses the officer – surely a sentiment born of the many wars of ‘national liberation’ that were raging during the making of the film.

In contemporary TV we see a stranger kind of nostalgia that reaches back even further to the pre- war Edwardian period. In shows like Downton Abbey and Berkeley Square we see an undisguised enthusiasm for portraying the rigid class system of the time when everyone knew their place. The English working class seems to indulge and even delight in the excesses of the aristocracy. There is certainly an element of class envy but it goes much deeper to the very essence of the identity of what it is to be English; the contemporary casual dismissal of the importance of class identity hides a deep obsession with it. The royal family has become the paradigm of celebrity soap operas due to nostalgia and its obsession with class – there still lurks a suspicion that there must be some reason for their ‘entitlement’ other than the accident of birth. Theirs is the most celebrated ‘family tree’ and many who research their own family history secretly nurse a deep longing to find a connection with it.

Undoubtedly there were periods in history that possessed elements superior to our ‘post-modern’ social context but this is not really the origin of the intense emotion we call nostalgia. It is much more akin to religion where what is absent (justice, moral integrity, meaning, structure etc.) are projected into a supernatural realm; nostalgia likewise finds a place for such a longing in a non-existent past.