Pathfinders: Getting Twitchy about copyright

It’s a well-known fact that a new TV or fridge doesn’t spring fully-formed from a hole in the ground but is usually produced in stages, from ore extraction to delivery, with different parts constructed by different people, often on different sites at different times. Thus the UK jobs impact of the recent Airbus decision to stop producing the underselling A380 superjumbo, whose wings (but not the rest of it) are made in Britain.

When describing how capitalism works, Marxists talk about the value of products as containing embodied or ‘dead’ labour which has to be accounted for in the final price. For instance, so much for resource extraction, refinement, power, distribution, parts manufacture and shipping, and so forth. Socialists don’t pretend that you can separate and cost out all these elements of dead labour from the finished product. That would be like trying to unbake a cake back into its starting ingredients. The argument only stipulates that the final price has to reflect all this labour otherwise the continued production and sale of this good, at this price, will not be viable.

Where this gets interesting is new developments in EU copyright law, which is in the process of being revised because of the internet revolution, and specifically the impact of hosting sites like YouTube and the various social media giants.

One element of the proposed EU Copyright Directive, Article 13, has Google positively gargling in horror: ‘Article 13 of the EU Copyright Directive states services such as YouTube could be held responsible if their users upload copyright-protected movies and music’ (BBC Online, 14 February). Think how many times (come on, admit it) you’ve wasted hours watching old excerpts of Monty Python, The Good Life, Citizen Smith, Yes Minister and Fawlty Towers on YouTube. All of that stuff, and a billion other things, are of course copyrighted, but so far nobody has raised too much of a stink about it. Article 13 could scupper all that.

But here’s the twister. What if someone films themselves playing a computer game and then uploads the film to YouTube or Twitch as an original publication for others to watch? Yes, people really do that, and they have millions of followers. They own the copyright on their film, but what about the copyright belonging to the game owners? That is embedded or ‘dead’ labour which the EU Directive is expecting to ‘unbake’ and price up, which as we’ve seen above, is going to give EU policy-makers a severe headache.

Technology has so far superseded European law that currently there exists only a state of unofficial consensus whereby copyright is not enforced in cases of what’s considered ‘fair use’ (eg for criticism, reviews, satire etc). But this consensus has no legal status in Europe, unlike in the USA, and so far there have been no court cases to establish a precedent. Hosting companies could be in the situation of having to buy licences for any copyrighted content their users upload, perhaps as well as any other copyrighted material contained within it. No wonder they’re horrified. 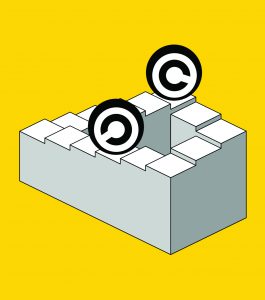 The point of all this? Not only is property society a terrible arrangement from the perspective of the 99 percent who don’t own any, it’s sometimes damnably difficult to apply its rules to figure out exactly who owns what and who should be paying whom. That at least is one arcane and intractable problem that socialism could laughingly throw to the winds.

A recent metastudy has shown a significant link between depression and teenage cannabis use, with ‘robust’ evidence showing that ‘using the drug in adolescence increased the risk of developing depression in adulthood by 37%’ (BBC Online, 13 February). The wording here is, unusually for the BBC, careless and misleading, because it states baldly that the one directly causes the other, which is not shown by the evidence at all, as the article goes on to admit. Tabloid journalists in particular ought to be dragged outside and beaten with the mantra ‘correlation is not causation’. Instead the line should have read ‘using the drug in adolescence is associated with an increased risk of developing depression…’

Anyone alive today in capitalism has multiple reasons to get depressed without even reaching for the Rizlas, and that probably goes double for young people, who generally have a worse time of it economically, socially, psychologically and sexually than older people with settled lives and paid-for houses. Maybe that’s why they say life begins at 40 – because it’s mostly sheer hell until that point, if not after as well.

It certainly could be that cannabis has a deleterious effect on young developing brains. It could also be that depression-prone teens are more likely to resort to cannabis in the first place. Perhaps heavy cannabis use among teens is associated with a raft of other, depression-inducing social behaviours and circumstances. Anyone with long experience of poverty and unemployment knows that skinning up a spliff with mates is a lot cheaper than almost any other social option. Far from causing depression in this situation, cannabis may be the only silver lining in an otherwise black cloud. Ganja-bashing continues to make good headlines, but that doesn’t mean journalists should let their critical faculties go up in smoke.

A recent article in the webzine Dissident Voice also plays fast and loose with causation, when it claims that our serotonin system fuels aggression and so means that a socialist or anarchist non-hierarchical society is impossible (dissidentvoice.org/2018/07/social-animals-have-two-modes-of-being/). Despite pronouncing in impressively sciencey terms about the metabolic biochemistry of the monoamine neurotransmitter, the author Denis Rancourt (who by the way is not a neurobiologist but a retired physicist) offers not a shred of evidence for his argument that the hormone ‘locks’ humans into either dominant or subservient roles, and indeed his example of dominant social climbers who ‘kiss ass’ to get up the corporate ladder seems to flatly contradict his own case. Too much is wrong with his discussion of serotonin to go into here, but in a nutshell it comes down to correlation and causation again. He cites several academic studies in support of his case, but if you read what they say they don’t support his claim either. In fact one luminary, Robert Sapolsky, is scathing of such thinking in a fascinating YouTube lecture, where he says within the first few minutes that because genetically humans are almost identical with all other animals even including fruitflies, ‘Genetics and neurotransmitters etc tell us nothing about what makes humans humans’ (youtube.com/watch?v=YWZAL64E0DI). He then drives home the point that we are not genetically fixed by citing his own study of a troop of baboons who, after all the aggressive males accidentally died of TB, exhibited an astonishing change in behaviour, becoming socially friendlier and more affectionate, with males even grooming each other – unheard of for wild baboons. One wonders if Sapolsky and the other cited authorities realise they are being cited in support of an argument they would heartily oppose.