Material World: Trump – Not Happy with his Lot as World Policeman?

America may have entered upon a new relationship with the rest of the world if we are to believe its president, Donald Trump.

In a speech to American troops in Iraq on Boxing Day he announced a military withdrawal from Syria and declared that the USA would no longer ‘…continue to be the policeman of the world,’ warning that he was committed to withdrawing troops from foreign wars. ‘We’re no longer the suckers, folks.’

Trump’s removal of American soldiers from Syria can be seen as belatedly rectifying the crime of Obama in placing them there in the first place. 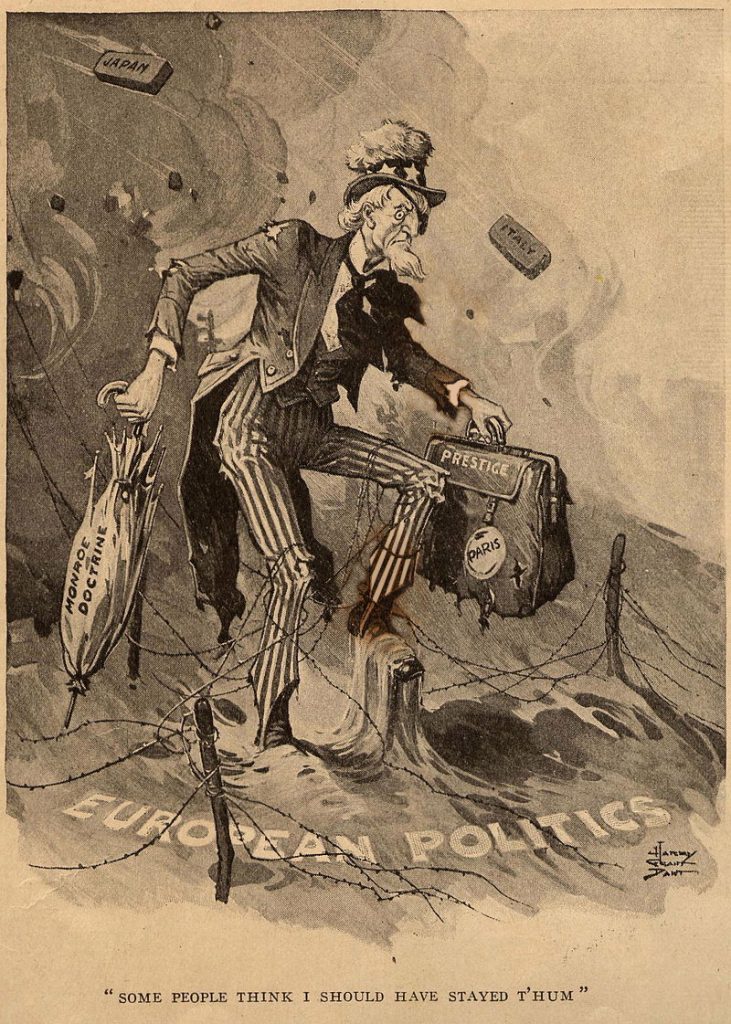 The ‘policeman of the world’, a mantle taken over from the British Empire and other colonial powers, is a benign description of being able to deploy armed forces to any spot in the world to protect national interests wherever they are threatened. Trump is not the first president to advocate an isolationist foreign policy and we doubt he will be the last. But saying one thing does not necessarily mean it can be accomplished. Nevertheless, Trump has already cancelled agreements and broken international treaties which he has deemed to be against his ‘America First’ stance. Trump’s policies in the White House certainly show that he is not out of step with many other politicians supporting nationalist, isolationist and protectionist measures. Rarely has there been a US president so maverick, so egocentric and so unconcerned about the suffering and misery of other people as Trump has revealed himself to be.

It should not be thought that his fine rhetoric demonstrates a principled commitment. Trump has not expressed any intention of following up on any ‘peace’ dividend by cutting the military budget. Nor does he intend to stop the lucrative American arms trade. The exercise of might will always be part of his outlook. America, after all, is the caretaker of world capitalism. The concept of American isolationism is a myth and a deception.

A 2007 article in the Socialist Standard in May 2007 drew attention to the argument that an anti-war position was not only the preserve of the liberals and progressives but there was a strong current on the right who opposed foreign military ventures.

‘…The logic goes something like this: Free-market capitalism on its own would naturally lead to a world of personal freedom and economic prosperity, but this is thwarted by the power of the state, an organism that grows robustly at times of war. Hence, war must be opposed not only because of its own obvious evils, but as a way to drive back the power of the state which is standing in the way of a better life… The state and the wars it wages may seem a complete waste of taxpayer money to the individual capitalist…’

Against such isolationist views, the transnational corporations and international capitalists (now derided by populists as ‘globalists’) cannot allow narrow national fragmentation to succeed. The belief that isolationism is possible for the United States is an illusion, without any connection to political and economic reality.

Whether they call their wars humanitarian and defensive, waged for democracy and freedom, the true purpose is to control the resources of the world for various sections of the capitalist class. Trump will persist with his fake criticism of unprofitable wars but will maintain Uncle Sam’s military domination because he stands for the retention of capitalism. The thought that the United States can remain ‘isolated’ from any vital conflict is absurd, regardless of the president at its helm.

The Socialist Party attitude to war is that no matter what side prevails, a war still leaves the real problem – capitalism – unsolved and by creating more national hatred, it makes the socialist solution even more difficult than ever to achieve.

‘Isolationism’ in foreign affairs was once seen as a rare phenomenon yet now the ‘isolationist’ sentiment seems to be flourishing. Many working people think the tragedies in other parts of the world are none of their business. Their own problems and issues as workers leave them feeling indifferent, an attitude of ‘isolationism’ harmful to the very people who practise it. The workers of one nation have a common cause and a shared sympathy with the fellow-workers of every other country.

If you are neutral in such situations, ‘you have chosen the side of the oppressor’ as Archbishop Desmond Tutu once put it.