“Lord, is this island Satan’s last stronghold where none have heard or even had the chance to hear your name?” So wrote John Allen Chau, the 26-year-old Christian missionary, just before his last visit to North Sentinel Island in the Andaman chain in November last year. His death at the hands of the Sentineli islanders made world headlines, largely because it was like something out of the eighteenth century. The pious missionary rows his canoe to the shore, brandishes a Bible and starts singing hymns, and the Stone Age natives shoot him full of arrows.

Interestingly, all the media blame for this fateful encounter fell on Chau himself, who was visiting illegally and in defiance of the island’s special protection status. The Sentineli have a history of killing intruders, and Chau himself had already been shot at with arrows on a previous visit, so he knew very well what might happen. The Indian police arrested seven fishermen who had helped Chau get to the island, though no arrests on the island itself were made or even mooted. Some blame should also fall on the organisation that sent him, the All Nations Church of St Louis, Missouri, whose stated mission ‘to do whatever it takes so as many people as possible can see Jesus’ is what got Chau killed. The fact that imported viral or bacterial diseases are the number one killer among newly-contacted tribes does not seem to have occurred to the moronic bible-bashers. What’s worrying is the thought that other church groups will now view the Sentineli as the ultimate challenge.

Billed as ‘the last uncontacted tribe on Earth’, the Sentineli have in fact been contacted off and on since 1867, and received tools and cooking implements as gifts, but encounters have frequently gone badly. Not much is known about them except that they use fire and know how to rework scavenged iron for arrowheads. What can be speculated is that, like most ‘isolated’ tribes the world over, they know far more about the outside world than the outside world suspects. Their hostility is almost certainly due to fear than to some supposed innate aggression.

Inverting the usual colonial assumptions about what such people could gain from the modern world, the BBC instead approached various anthropologists to ask what we might learn from the tribes (BBC Online, 24 November). Apart, that is, from stealing their local medicinal plants and patenting them for the pharmaceutical industry.

Thus we learn that the 14,000-strong Piaroa of Venezuela are egalitarians who practise individualistic autonomy without hierarchies or private ownership. They see competition as evil and don’t play any competitive sports, and anyone who gets above themselves is treated with pity as being immature. Wikipedia also attests to this ‘functioning anarchist society’ and notes that they are ‘opposed to the hoarding of resources, which they see as giving members the power to constrain their freedom.’ 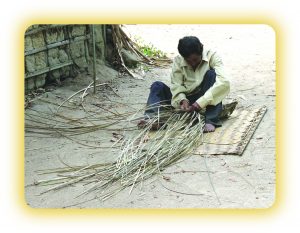 Well quite, and what we’ve been saying all along. Not that every remote tribe is so enlightened, of course, and the BBC article warns us not to ‘over-romanticise’ how they live. But socialists can easily relate to groups like the Piaroa, who seem to have hit on the principles of common ownership and equality as a successful survival strategy and would presumably look askance at modern capitalism and its habit of pursuing the exact opposite of a successful survival strategy. Maybe the Piaroa should send out missionaries to the capitalist world. But the world would probably tell them their society is logically impossible because of human nature. Or shoot them full of arrows.

‘When we’re confronted with abundance, we’re hardwired to take what we can, and it’s difficult to overcome that impulse’, says the founder of a UK food-waste reduction organisation in a recent article about how to reduce the approximately 30 percent of food that is wasted every year (New Scientist, 8 December). The blame for this apparently lies with supermarkets, which pile high and sell cheap, leading to runaway overconsumption and waste in fresh perishable goods. But this makes it sound as if consumers are mindlessly greedy, when the reality is they’re having to pay for all this waste and many are hard-pressed to afford it. The more likely explanation for such waste is that, despite endless food-porn TV shows, people are not very good at managing the business of domestic cooking. It’s not taught effectively in schools because they don’t have the time or the facilities to achieve more than a tokenistic effort. And parents who can’t cook are not going to pass the skills on either. No wonder poor people resort to expensive and environmentally wasteful takeaways and TV dinners.

The article discusses a new business model which aims to supply meal ‘kits’, comprising the exact proportions of ingredients in compostable packaging, however the take-up rate is slow and the value for money questionable. What has not occurred to anyone is the idea of socialising the process. In socialism it would be deemed sheer lunacy for each individual to do their own cooking in their own kitchen with their own larders and fridges full of their own food stores, when most people would be happy to share the job communally and thereby only need to help cook once a month or so. Think of the savings in space, storage, waste, time, effort, and indeed safety, given the huge potential for burns, cuts and fires. You might call that plain old common sense, but capitalism doesn’t have an abundance of that.

In December a Chinese researcher achieved a historic landmark but earned general condemnation including from Chinese regulators by announcing the world’s first IVF twins born after modification with the CRISPR gene-editing process (New Scientist, 8 December). The researcher is widely considered a renegade for ignoring international ethical standards, employing an experimental technique for no valid medical reason, and including clauses in his test agreement that compelled participants to continue or else pay a large forfeiture. The targeted gene coded for HIV resistance, however it would only ever be partially effective at best. Meanwhile nobody can tell what side-effect damage may have been caused, and it will be years before this can be known. Ethical oversight aside, designer babies are where the smart capitalist money is. Huxley’s famous dystopia just came a step closer.