The United Nations Intergovernmental Report on Climate Change last October made grim reading. Our planet is facing a crisis unprecedented in human history, one that some believe to be an existential threat to civilisation itself. We are informed that a series of business and life-style reforms might lessen the worst effects of climate change. But it is apparent that those scientific minds confirm the maxim quoted by Frederic Jameson that ‘It has become easier to imagine the end of the world than the end of capitalism.’

While conceding that the cause of climate change can be attributed to the effects of capitalism, we are told that is simply the way things are and that we people should change, not the economic system, with the media concentrating its commentary on the recommendations that consumption of beef is reduced to a minimum and instead we adopt a plant-based ‘flexitarian’ diet.

One thing is clear, socialism will not be inheriting a healthy planet but the Socialist Party believes that with the disappearance of the world’s military and its accompanying armament industry, combined with the end of all those auxiliary businesses of the buying and selling exchange economy, may well provide sufficient reduction of the greenhouse gases for the process of fixing our broken planet to commence.

Capitalism drives war. If it were a country, the US Department of Defense would rank 34th in the world in average daily oil use, coming in just ahead of Sweden. The US military consumes as much energy as Nigeria, with a population of more than 140 million. A 2012 Congressional report stated that the DoD consumed approximately 117 million barrels of oil per year. Based on this level of annual fuel consumption, the DoD emits approximately 49 million metric tonnes of CO2 into the atmosphere ever year, which is roughly equivalent to annual greenhouse gas emissions from 10 million passenger vehicles or 4 million homes.

The DoD uses 4.6 billion US gallons of fuel annually, an average of 12.6 million gallons of fuel per day. The US military alone contributes 5 percent of current global warming emissions. Military fuel is more polluting because of the fuel type used for aviation. CO2 emissions from jet fuel are larger – possibly triple – per gallon than those from diesel and oil. Further, aircraft exhaust has unique polluting effects that result in greater warming effect per unit of fuel used. Effects from jet exhaust, including nitrous oxide, sulphur dioxide, soot and water vapour exacerbate the warming effect of the CO2 exhaust emissions.

Electricity usage by the military, which accounts for even more greenhouse gas emissions, is also gargantuan. In 2006, the DoD used almost 30,000 gigawatt hours of electricity. The DoD’s electricity use would supply enough electricity to power more than 2.6 million average American homes. In 2012, the DoD consumed about a billion gigawatt hours of site-delivered energy. While consuming that amount of energy, DoD emitted 70 million metric tons of CO2. And yet, total DoD energy use and costs are even higher simply because the energy use arising from the contractors are not included in DoD’s data.

To this we must also add all the arms manufacturers who provide the military with its armaments. For Raytheon, the defence contractor, emissions of greenhouse gas in 2011 were 522,000 metric tons, for instance. Shutting down capitalism would not only stop the damage to our planet but all the human energy and endeavour that goes into the military and the arms industries could be transformed into socially useful projects. 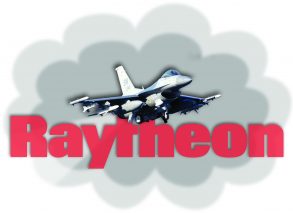 Socialists envisage a strategy of re-aligning our allocation of energy so that the rapid upgrading of the poor and vulnerable presently living in misery and squalor is quickly resolved and then we achieve a ‘steady-state economy’ or a ‘zero-growth’ society which corresponds to what Marx called ‘simple reproduction,’ the situation where human needs are in balance with the resources needed to satisfy them. We can endorse the statement of Sylvia Pankhurst that ‘we do not preach a gospel of want and scarcity, but of abundance. We do not call for limitation of births, for penurious thrift, and self-denial.’

We are not a party of abstinence and reject the view that individuals should consume less while leaving the economic system unchanged. However, we do envisage a new society where less is better. Less duplication of brands and no more throwaway built-in obsolescence but instead better quality recyclable, repairable and reusable products.