We look at the world of advertising, how it has changed over time, and what it shows about how capitalism operates.

In 1957 the American journalist Vance Packard published The Hidden Persuaders, an examination of the US advertising industry. One aspect he emphasised was the role of psychology in determining what the advertising message would be, with motivation research aiming to discover what drove people to make particular choices, whether it was packaging, image, celebrity endorsement, or whatever. For consumers are often ‘loyal’ to a product, even when they cannot tell it apart from its competitors. In a 1981 epilogue to a later edition, he looked at social developments that had influenced the way advertisers worked, with a reduction in family size, more single people and a growth in sexual permissiveness among the factors affecting consumption and hence advertising. But it was still a matter of working out people’s motivations for purchases and tapping into those. Most beer ads, for instance, sold companionship rather than beer. 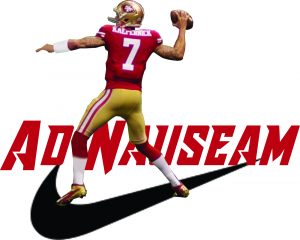 Since Packard was writing, there have of course been massive changes in how advertising operates, with ads now being almost everywhere, rather than just found in newspapers, TV and street posters. In particular, the proliferation of online ads has had a major impact, not just on the advertising industry, but on how all of us as consumers are targeted. Technology and supercomputers have taken over much of the role of psychology in efforts to study and predict how people will behave. One of the crucial considerations is that of the dwell time, the time a user spends looking at an ad, especially one online. Clicking on a link and then almost immediately going on to another page means the dwell time, and presumably the impact of the content, of the first link are minimal.

There are even claims for the efficacy of advertising in public toilets and those in shopping centres, restaurants, pubs and so on. Dwell times are impressive: on average a man spends 55 seconds looking at an ad above a urinal, and ads can be targeted to the desired gender (washroomadvertising.co.uk).

The UK is the largest advertising market in Europe, with expenditure of over £21bn in 2016. The US is of course globally the largest market, with $197bn spent in 2017. Advertising supposedly ‘adds £120bn to UK GDP by raising the level of economic activity and boosting productivity’ (thecreativeindustries.co.uk). Many workers in industries such as music and animation are employed in advertising, which means they are forced to contribute to selling things rather than doing anything truly creative.

The Advertising Association brings together agencies and brands to, among other things, show the value of advertising to politicians and others. It runs a campaign Front Foot, designed to ‘advocate advertising’s beneficial and responsible contribution to the economy, to society and to people’ (adassoc.org.uk). It is not clear if this alleged contribution includes the visits of arms companies to schools, where they promote their brands and may get children to play with a missile simulator (Observer 1 September).

On the ‘other’ side, the Advertising Standards Authority and the Committee of Advertising Practice are there to keep UK advertising ‘legal, decent, honest and truthful’. For instance, a recent Tui ad for a summer holiday that could only be taken in September or October was banned, despite the company claiming that their summer holiday period ran until the end of October.

In September there was an almighty fuss when a Nike ad featured Colin Kaepernick, the American footballer who had caused controversy and lost playing contracts after he knelt rather than stood during the playing of the US national anthem, in a protest about racial injustice. Trump said that Nike were sending ‘a terrible message’, but it seems to have benefited their sales rather than harmed them.

It is often said that the best ad is the one that doesn’t look like an ad. Thus Instagram influencers, as they are known, can push products such as teeth whiteners, without declaring that they are paid to endorse them. More generally, social media are awash with product placement and more subtle ways of influencing people’s behaviour, and the line between advertising and publicity is often extremely blurred. The use of ad-blockers on the internet can reduce or even eliminate the annoying ads that appear on many web pages. Newspapers such as the Guardian have got round this by offering pages of ‘paid content’ that still bring in revenue.

In many cases TV ads are repeated over and over in fairly short proximity: this appears particularly to be the case with cosmetic products such as perfume, shampoo and toothpaste, where what is being sold is essentially an image rather than a product. In fact what is marketed, in this and other cases, is a brand, the kind of development described in Naomi Klein’s No Logo. Packard noted that in 1950s America some cosmetics companies were spending a quarter of their income on advertising and promotion, and he quoted one tycoon as saying, ‘We don’t sell lipstick, we buy customers’ (he described this person as ‘probably mythical’, but it does not seem at all an unlikely thing to say).

In socialism there would presumably be what might be termed public-service announcements, such as reminding people to have a flu jab; giving warnings of strong winds or heavy rain; and informing people of new books, films and other products. But the onslaught of ways of getting us to buy, with its total waste of resources and human ingenuity, will be a thing of the past.