Wood for the Trees: Taboos and Criminality

Recently I was very surprised to discover that someone I knew and liked had, at one time, been convicted of sexual offences against under-aged females. He had been imprisoned for several years and was now hounded out of his job by an internet campaign. Many questions arise from this unfortunate situation including: (a) Can some crimes never be forgiven? (b) Does a completed prison sentence represent a relevant payment to the community? (c) Does the community (primarily parents) have the right to know of the presence of a convicted sex offender in their midst? (d) What is the relationship between social taboos and criminality?

Upon reflection I could find no examples of a universal cultural taboo. Murder, cannibalism, incest, paedophilia, abortion and prostitution have all existed (and if not sanctioned by authorities at least tolerated by them) in many cultures throughout history. The fact that these activities are taboos within certain cultures at certain times indicates an expression of identity (religious or humanist) that has been derived originally from a perceived communal necessity. For instance the Jewish prohibition against eating pork may originate in the unsuitability of the pig to thrive in an arid climate without access to vast uneconomical  amounts of water or that the prohibition against incest has its origin in the need for human groups to forge alliances with others to improve their own survival. 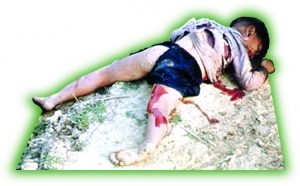 A culture can identify itself as progressive through both criminalising taboos (the abuse of women and children etc.) and decriminalising them (homosexuality etc.).  One of the elements nearly always present seems to be that of social power relationships. The client has financial power over the prostitute, the murderer has power (usually through the use of a weapon) over the murdered, the rapist has physical superiority over his victim and the child abuser has both physical and psychological power over his or her victim. We know that many child abusers were themselves abused as children and so this form of abuse becomes a vicious circle within succeeding generations. In an authoritarian culture like capitalism power relationships are normalised and the family unit often represents a microcosm of this and is where the child first learns of such behaviour. Although the power of parents over their children (derived from either kinship or feelings of ownership) usually keeps them from harm it can also facilitate abuse (dysfunction) and the subsequent fear and resentment within the child can inhibit healthy emotional and social development.

Any contemporary analysis of the origins of the abuse of power in any of its incarnations can only be understood by reference to the authoritarian capitalist context. It would be irrational to single out sick individuals as the cause when the murder of children during war is normalised. Surely the ultimate form of child abuse is to kill them and that would make the likes of George Bush and Tony Blair among the ultimate perpetrators of such a crime.

Socialists despair at the hypocrisy of those who defend war whilst simultaneously exhibiting moral outrage at individual acts of child abuse. There are even some who defend the use of violence (smacking) in their relationship with children. Someone once told me that it was only the fear of his father’s violence that made him aware of the difference between right and wrong; the irony was that he himself was feared because of his own subsequent violent behaviour (perhaps as a result of the familial normalisation of violence). The normalisation of some forms of the abuse of power and the criminalisation of other forms seems completely arbitrary until it’s realised that it is not the specifics of the taboo that matter but only that they exist as a way to enforce conformity and identity within an hierarchical social structure.

There exists, of course, a counter current to the use of taboos for control and that is exemplified in the struggle for personal and therefore sexual liberation. The politicisation of sexuality (spearheaded by feminism) can be understood as the reflection or antithesis of the sexualisation of politics (implicit within authoritarianism in terms of dominant and submissive psychology). Socialists have always supported the liberation from any kind of political and/or personal oppression. Our belief in the potential of our species to create a better world implies both a political and moral historical progression. Unfortunately this demand for liberation is at the moment mainly articulated in terms of individual, gender or racial identities rather than that of class and thus of humanity itself. In some ways this sort of ‘identity politics’ is a kind of consumerism with the perceived right to ownership of the self at its heart – rather than a recognition that the ultimate liberation of the self depends on the liberation of all.

With the confident expectation that a socialist society will immensely minimise (if not completely eradicate) the incidence of abuse, primarily because of the absence of hierarchical institutions, how are socialists to respond to the questions that began this article in the here and now?  The forgiveness of some crimes by the victims and by the community would seem to benefit everyone concerned and is certainly preferable to internet ‘witch hunts’. But of all crimes the abuse of the weak by the strong, whether they are children, the elderly or the mentally and physically handicapped, is particularly hard to forgive and certainly should never be forgotten or hidden. The creation of a human community where such behaviour is inconceivable is one of the goals of socialism. Some may think this to be no more than a utopian dream but even as an aspiration it is surely infinitely preferable to pinning medals on pilots who have been responsible for the mangling and killing of children – or the state sanctioned murder of anyone else for that matter.