Wood for the Trees: Memories of the Future 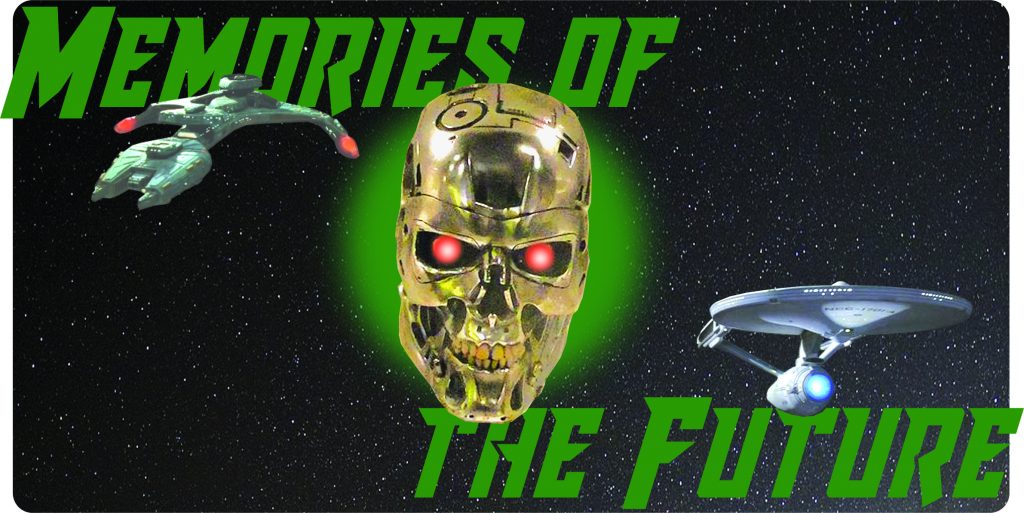 Humankind has always had a fascination for both its past and its future. Although the events that make up history are unchangeable their interpretation is always evolving and dependent, to a large extent, on the political and cultural context of the historian.

The same is true of speculations and prophesies for the future. When I was a kid in the 1960s the optimism for the future was ubiquitous and unbounded. The dominant form of political speculation for the future today is dystopian. The reasons for this are many: the failures of leftist politics to produce the promised social justice together with the perceived betrayal of technology to enable a better life for the majority are two of the more obvious. As socialism invests heavily in an analysis of the past, present and future what does it make of this dystopian vision so beloved by writers, movie makers and political prophets of the early twenty-first century within western culture?

Two of my memorable examples of ’60s optimism were a couple of TV shows: Tomorrow’s World and the US sci-fi drama Star Trek. The former programme was an optimistic compilation of technical innovations that promised both greater productive efficiency and thus more quality leisure time. Watching it today it seems hopelessly naïve and, more often than not, completely wrong about the social implications of specific technological inventions. Star Trek remains, through various TV and movie spinoffs, one of the few optimistic visions of human future. Ironically the American cast represented a future with no gods, countries or money! It was the child of the optimism of ’60s liberal America and the ‘baby boomer’ generation of post Second World War youth culture. The aliens in that show represented the dark side of US culture: Borg/Fascism, Farengi/Capitalism, Klingon/Gung Ho Militarism, etc. Many of the storylines circulated around the concept of the ‘Prime Directive’ which prohibited the human crew from interfering with the technological evolution of less developed alien cultures (a response, perhaps, to the genocide of the indigenous American population of the previous century). For socialists this represents an optimistic and, to the surprise of many, a realistic vision of the future. Let’s look at the dystopian narrative and define why socialists find many of them unrealistic.

There are several kinds of dystopian narratives including the post-apocalyptic which may be a result of a pandemic or natural disaster but what really interests and frustrates socialists is the technological and political dystopia. The idea that technology can and does have unintended social consequences is taken to an extreme in such films as Terminator, The Matrix and more recently Anon where any political responsibility for the imagined futuristic cultural context is completely absent. We have become the puppets of our own products in these films and although some recognition of the secrecy of business or state is present the blame for the plight of the characters is firmly with technology itself. Blaming humanity’s technological progress rather than its political institutions is the ultimate Luddite excuse for political cynicism and underlines the limited economic and historical understanding of those who create these stories. In the future such films will be seen to represent the tropes associated with the despair of neo-liberalism and the failure of the left just as the science fiction films of the 1950s are now seen primarily as a response to the ‘cold war’ politics of the time.

Political dystopias such as Huxley’s Brave New World, Orwell’s 1984 and Rand’s Anthem are critiques of the attempt to create utopias and the associated ideas of rebellion and revolution. Whether they are right-wing or left-wing dream societies the implication is that any attempt to improve society is doomed to create something infinitely worse than that which it seeks to replace. Again a basic political analysis is absent because these are merely different types of capitalism which is always at the heart of actual and fictional political failure. We are dissuaded from the political struggle for a better future by these narratives and as such they represent a reactionary defense of the status quo. As critiques of the politics of left and right they are informative, if rather repetitive, but they do not and cannot represent a valid critique of socialism. These stories feed the political cynicism which has been created by the failure of leftwing and, to a lesser degree, rightwing political regimes and represents one of socialism’s greatest enemies.

If humankind’s future is indeed to be in space then economic activity will have to be liberated from the fetters of capitalism and its production for the profit of the few. Only when the economic security of the majority is secured can such an undertaking be morally and economically justified – and only socialism can provide this. This is why we find high tech dystopias so unrealistic; if we survive as a species to a point where space travel is ubiquitous it can surely only be post socialist revolution. Our limited forays into the firmament have mainly been motivated by military/economic considerations or as a new playground for the mega-rich with pure scientific curiosity being an afterthought. This may also be a reason why extraterrestrials have not contacted us; they have respected the ‘prime directive’ in terms of our very limited political development and impatiently await the time when the answer to their test demand ‘take me to your leader’ will be answered with: ‘we’re sorry but we have no leader’.