Since the internet came along, we’ve got used to having instant access to 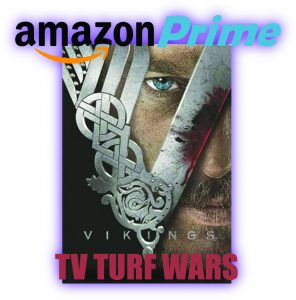 whatever information or services or media we want (or are supposed to want) whenever we want it. This easy availability has left many older ways of doing things lagging behind: online shopping is pushing out the high street, newspaper sales have declined as we increasingly turn to our smartphones for fake news, and traditional broadcast television has similarly been under threat.

The BBC, ITV and Channel 4 started to lose their market dominance when satellite and cable channels popped up, and now all of them have to compete with streaming media platforms like Netflix and Amazon Prime. These let us watch any of their programmes at any time (for a price), so waiting for a show to come up on a channel’s schedules now seems as old-fashioned as a squarial.

Younger people are particularly likely to embrace newer ways of watching telly. According to a recent report by Ofcom, teenagers and young adults now watch around 40 per cent less through old-school channels than they did seven years ago. This has meant fewer people watch the adverts between shows on ITV, Channel 4 and Channel 5, with the consequence that their advertising revenue fell by 7 percent in the last year due to ad agencies turning to the internet. There’s less money in all of the terrestrial channels, who now spend 28 percent less on programming than they did twenty years ago. And for the first time, streaming media has overtaken older paid subscription channels in the race for customers.

There are now 15.4 million subscribers to Amazon Prime, Netflix and Now TV (nearly 40 percent of households in the UK) compared with the 15.1 million who pay for satellite or cable channels like Sky, Virgin and BT. However, the pay channels are still raking in much more dough than their online rivals: yearly revenues for pay channels are £6.4 billion compared with a mere £895 million for streaming services (www.bbc.co.uk/news/entertainment-arts-44862598).  Both are also contributing to the decline of the shiny disc; sales from streaming and downloads of films and TV shows are now greater than those of DVDs and Blu-ray discs.

Streaming media and traditional broadcast channels tend to lend themselves to different kinds of programmes. Netflix specialises in lengthy drama serials we can binge-watch on a lazy Sunday afternoon, with crime drama Breaking Bad being the first to benefit from the platform boosting its audience. Since 2013, Netflix has started producing its own shows and films as well as buying content from other studios. Recently, it has brought us popular series including House Of Cards, Orange Is The New Black and The Crown. And there have been a couple of transfers, with Netflix bagging the terrific anthology drama Black Mirror from Channel 4, and that irritating trio of presenters from the BBC’s Top Gear selling themselves to Amazon Prime with The Grand Tour. Broadcast channels suit ‘event television’ better, such as live coverage of sporting events and royal weddings, and shows which play out over a few weeks, like reality TV and The Great British Bake Off. They have also adapted to the internet age with catch-up and on-demand services like the ITV hub, Channel 4’s All 4 and the BBC’s iPlayer and BBC3. And the three channels have already started looking into collaborating on a joint streaming service to challenge Amazon and Netflix.

So, the TV industry marketplace is split between the licence-funded BBC, channels paid for by advertising revenue, subscription-based satellite and cable channels and now streaming services, each competing for our attention and money. As streaming media fits in better with our have-it-now expectations, its popularity and profitability are growing. This doesn’t mean that corporations like Netflix have just been in the right place at the right time to cater for media-hungry millennials.

Their rise is largely down to knowing their customers well enough to churn out and effectively promote what’s going to attract viewers. As well as handing over their money, subscribers hand over large amounts of data about who they are, what they watch, when they watch it, how much they watch of it and how much they like it. Number-crunching this data enables Netflix not just to predict the kind of shows its customers want to see but to shape them. Algorithms can target particular shows at those people most likely to be receptive, and can even determine preferences for the styles, tones and designs of their content.

In his 2014 book The Visual Organization: Data Visualization, Big Data, and the Quest for Better Decisions, Phil Simon describes how data can be used to make decisions as specific as the colour schemes of promotional posters. The principles behind all this aren’t new, of course: the BBC is bound to use market research and focus groups to inform the kinds of programmes it makes, and adverts slotted in around Coronation Street, for example, have been placed there to appeal to its particular audience. The difference is that Netflix’s way of gathering and using data is personal and meticulous enough to smack of being insidious.

The technology’s already here to let us have any media we want delivered straight to our screens, and there’s something socialistic about this kind of ready access. Sadly, the reality is that this always comes at a price: what we can afford and what makes a profit for the media moguls. Bringing data and algorithms into all this gives streaming services more power over our choices, making them less of a choice than we think.