Anti-semitism: what is it?

Some Jewish organisations, echoed by the media, have been accusing the Labour Party of tolerating antisemitism in its ranks. There are bigots who don’t like Jews and deluded people who imagine that ‘the Jews’ control the world; and there are neo-Nazis. However, it is not these that the critics have in mind but Palestine Arab nationalist sympathisers who criticise Israel, its policies, history and the campaign to establish it.

Some of these have, apparently, occasionally crossed the line between criticising Israel and criticising ‘the Jews’. On the other hand, some of Labour’s critics also cross the line, in the opposite direction, and see such criticisms of Israel as anti-semitic. 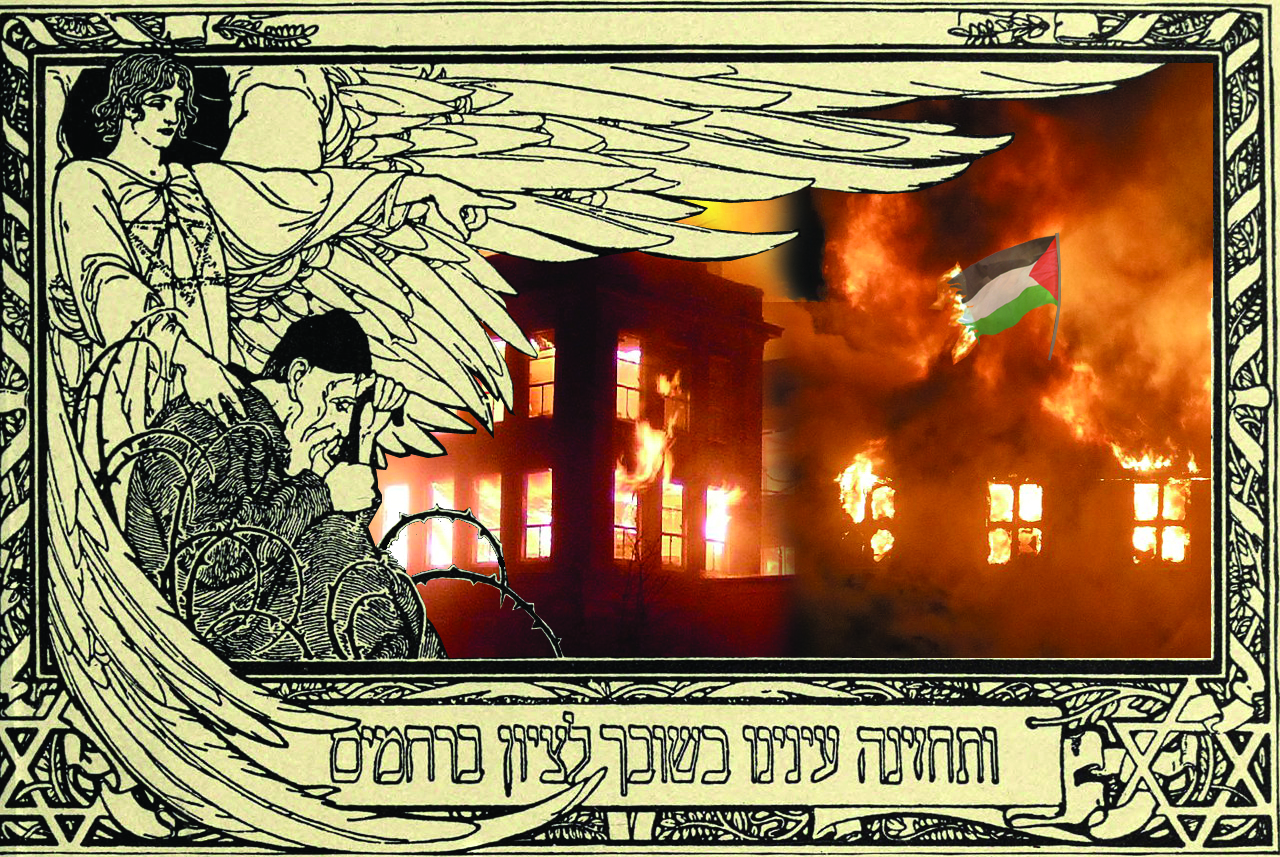 So, what is anti-semitic and what is not?

Until the establishment of the state of Israel in 1948 antisemitism had a clear meaning:  dislike, discrimination, persecution or conspiracy theories aimed at Jews. There was, however, the question of who were Jews. Originally they were seen as those who practised Judaism, the religion, and this was the basis of antisemitism in Mediaeval Christian Europe. In the nineteenth century, however, unsound theories of biological human nature designated the Jews as one of many ‘races’ , which meant that it was possible to be considered a Jew without practising Judaism, even in fact after converting to Christianity or becoming an atheist.

The Socialist Party is opposed to all prejudice and discrimination against fellow workers. So, it goes without saying that we have always opposed antisemitism. It flourished in its ‘racial’ form as an ideological weapon used by reactionary landed interests to try to prevent their position being undermined by the development of capitalism. In so far as it found an echo amongst workers, we opposed it as a prejudice that misidentified the cause of working-class problems as being due to Jewish immigrants or to exploitation by Jewish finance capitalists rather than to the capitalist system of minority class ownership and production for profit.

With the end of aristocratic rule and the granting of political rights to Jews, most integrated and assimilated into the country where they lived, and considered themselves to be British, French, German, Dutch, etc. Those who were still religious saw themselves as citizens of the state where they lived who happened to follow Judaism rather than Christianity or having no religion.

Some, however, accepting the view that the Jews were a ‘race’ or a ‘nation’, advocated that the Jews, like other nations, should have their own country and their own state. These Jewish nationalists called themselves Zionists and the place they chose for their state was Palestine, at the time a province of the Ottoman Empire. In 1948 they achieved their goal when the state of Israel came into being in a part of Palestine. To this day the Zionists still urge Jewish workers in Europe and America to emigrate to Palestine.

The existence of Israel has made the definition of antisemitism more complicated, with Zionists claiming that anti-Zionism is anti-semitic and alleged anti-semites saying that they are really anti-Zionist rather than anti-semitic.

In 2016 the International Holocaust Remembrance Alliance adopted a ‘working definition’ of antisemitism that was not that different from what had been previously been accepted. They added a list of examples of its manifestation. These included:
‘making mendacious, dehumanizing, demonizing, or stereotypical allegations about Jews as such or the power of Jews as collective – such as, especially but not exclusively, the myth about a world Jewish conspiracy or of Jews controlling the media, economy, government or other societal institutions.’

The Socialist Party has always denounced these anti-semitic stereotypes, conspiracy theories and factual errors, and produced articles and pamphlets refuting them.

Another of the examples, however, was more contentious as it extended the definition of antisemitism to include opposition to Jewish nationalism: ‘denying the Jewish people their right to self-determination.’

Opposition to Jewish nationalism never used to be regarded as anti-semitic and was in fact common amongst Jews themselves.  This example begs two important questions by assuming, first, that humanity is divided into separate nations each of which has the ‘right’ of self-determination in the sense of the right to establish a state on a part of the globe’s surface, and, second, that those making up such alleged nations form a community sharing a common interest.

Nations are not natural divisions of humanity; they are political constructs, ‘imagined nations’ as it has been put. The notion that there are collectivities called nations with rights is a product of the capitalist era of human history. States – coercive institutions ruling over a given territory – existed before capitalism, but, once control over them had passed to the capitalist class and its representatives, the new rulers sought to legitimise their rule as that of representatives of ‘the nation’.

Nearly everywhere those they ruled over were not homogeneous in terms either of language or religion. They had to be moulded into a ‘nation’ by having it drummed into them that they had a common history, interest and destiny. As most states are of relatively recent origin such ‘nation-building’ is still going on today in many parts of the world.

All states are class-divided into a minority who own and control the means of living and those forced by economic necessity to sell their mental and physical energies to an employer for a wage or salary. The interests of these two classes are diametrically opposed as the profits and privileges of the one result from the economic exploitation of the other. There is no common ‘national interest’, only a class struggle between the two. That the members of both classes share a common interest is one of the ideological means by which the dominant minority class obtain the acquiescence and support of those they rule over and exploit.

The Socialist Party applied this analysis to the Jewish nationalist movement, or Zionism, when it made its appearance. We have opposed, from 1918 on, the view that the establishment of a Jewish state would be a solution to the problems that Jewish workers faced. A Jewish state would be a capitalist state in which the Jewish workers who emigrated there would be exploited by Jewish capitalists instead of by the capitalists of the state in which they resided. The interest of Jewish workers lay, rather, in uniting with the rest of the workers of the world to establish a global socialist society, in which there would be no discrimination against any group as the principle of ‘from each according to their ability, to each according to their needs’ would apply.