The Future: Socialism or Barbarism 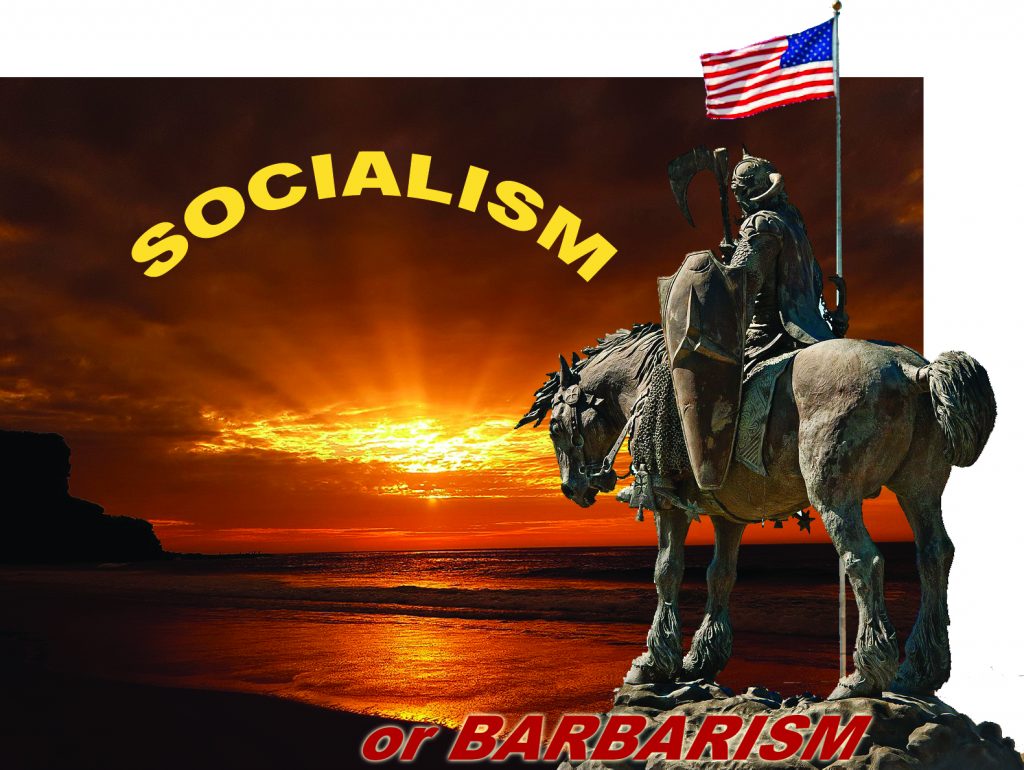 Back in the glory days of the Blair administration, a soft-left journal like the New Statesman would have confined itself to articles on the Kremlinology of Whitehall: who was a Blairite? Who a Brownie? Perhaps the odd John Pilger article would crop up to deplore some aspects of foreign policy. Discussion of capitalism, much less socialism, would have been a rarity. Fast forward to today, and we have the political editor of that organ, George Eaton, discussing what the consequences of the end of capitalism might be
(newstatesman.com/politics/economy/2018/06/if-capitalism-ended-what-would-replace-it).

Now, the Socialist Party has always been clear that capitalism won’t end itself, and that only its conscious replacement by politically organised workers will achieve that. Something, though, is clearly in the air when post-capitalist ideas start to gain air-time. Part of that is the clear sense that technological change is transforming the way we work now.

Eaton notes the slew of books on the matter: Paul Mason’s technology-driven book PostCapitalism has been reviewed in the Socialist Standard, and it does indeed put technology front and centre of social change. Eaton also references a forthcoming book with the intriguing title Fully Automated Luxury Communism by Aaron Bastani (which we will no doubt be devouring as soon as it is out). Eaton though, explores the possibility, despite the shiny stuff on offer, that the future might well be a choice between socialism or barbarism.

He cites Four Futures by Peter Frase, which outlines the possible effects of technological progress: ‘Communism’ (equality and abundance), ‘Rentism’ (hierarchy and abundance), ‘Socialism’ (equality and scarcity), ‘Exterminism’ (hierarchy and scarcity). All premised on the question of response and resolution to environmental catastrophe. We’ll leave the small matter of our standing objection to the misuse of the word socialism hanging, and work within Frase’s framework for now.

The futurist and science fiction author Charles Stross set out, in a blog post in 2017, how the exterminist option contains its own horrific and plausible logic:

‘Consider Bangladesh, and the Bay of Bengal fisheries collapse, not to mention the giant anoxic dead zone spreading in the Bay of Bengal (which means those fisheries won’t be coming back for a very long time). There are nearly 170 million people there, mostly living on alluvial flood plains feeding into the gradually rising ocean. If the sea level rises by just one meter, 10% of the land area will be flooded; most of the country is less than 12m above sea level. It’s a primarily agricultural economy (it’s one of the main rice and wheat producing nations), heavily dependent on fisheries for protein to supplement the diet of its citizens’
(antipope.org/charlie/blog-static/2017/02/some-notes-on-the-worst-case-s.html).

As he notes, one horrific option is to just contain the population of Bangladesh, and let catastrophe run in a Malthusian genocide that could be passed off as natural disaster. This is a repeatable option for an elite that can jet to their private fortress islands and escape. No need to adjust to climate change, the deaths of others will reduce the environmental impact of humanity.

This can only be made possible by technology creating a relative surplus population of people whose labour is no longer required for market production.

In the light of this, Eaton is entirely correct, technological change alone will not deliver us from capitalism; and he channels Marx in observing that ‘Men and women will continue to make their own history – if not in circumstances of their choosing.’ The human response to technological change is, though, at the heart of political battles for the foreseeable years to come, and if we are to make our history, it has to be in the conscious effort to choose what might be called ‘fully automated luxury socialism.’ The choice we will all face is how to use the time won by labour-saving technology. Not that we need a fully automated society to build a society where ‘poverty may give place to comfort, privilege to equality, and slavery to freedom’ but we do need to take control of the gains and benefits of labour saving technology.