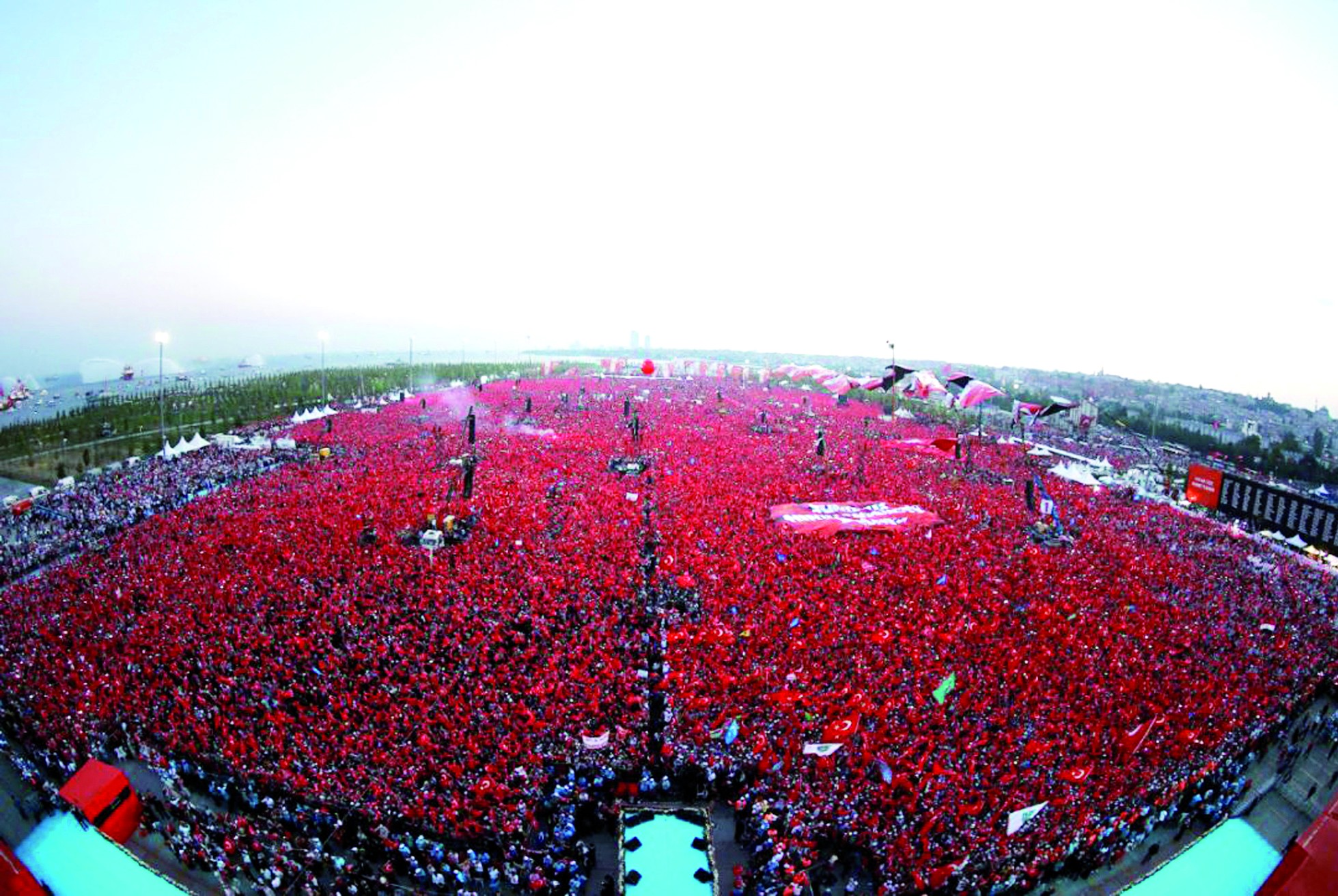 Ethnicity has been a very sensitive topic since the foundation of the modern Turkish Republic. The causes of this sensitivity have their roots in the endemic oppression and persecution of non-Muslims via taxation and pogroms which intensified with the decline of the Ottoman Empire and the occupation of large parts of eastern Turkey by Russia following the Russo-Turkish War (1877-78) when Christian Armenians were widely perceived as collaborators. Then further with the ethnic cleansing of Muslims from the Balkans and Caucasus following the Balkan Wars, when as many as 850,000 of these usually destitute refugees were settled as a matter of policy in Armenian-populated areas leading to resentment and violence.

With the foundation of the new republic there was an obvious need to try and weld a cohesive whole, a ‘Turkishness’, that could patch over the divisions together with a need to bury the persecutions and oppression of the recent past. The latter not least because of the probable involvement of some members of the new republican authorities in those actions.

A Turk of the new republic and ‘Turkishness’ was defined as ‘anyone who is attached to the Turkish state as a citizen.’ This is enshrined in the constitution.

With the foundation of this fragile new republic came a blanket of secrecy about the turbulent and violent times leading up to it. Certain subjects were made taboo and remain so to this day. A close second after talk about ‘Armenian Genocide’ is the subject of ethnicity.

During the periods of greatest internal conflict, war, mass deportations and killings countless numbers of Armenians, Greeks, Jews and Syriacs converted to Islam to avoid the consequences of ‘being different’. Children were displaced, lost and orphaned in their thousands and were ‘adopted’ by Turks and Kurds to be raised as Muslims.

So much of this might well have stayed in the dusty cupboards of a murky period in modern Turkey’s history apart from one action by the present government – it has made available, online, the genealogical database of the ethnicity of all citizens dating back to Ottoman times.

A few short years ago, during a period of rapprochement with the Kurds, this might have made less of an impact. Today, when the AK Party government is involved in conflict with its own Kurdish population, war in Syria, internal repression and in need of a pact with the fascist Nationalist Action Party (MHP) in order to bolster its weakening support, it has caused a mighty stir. Such has been the interest that when the site went ‘live’ on the 8th of February it quickly crashed only to be back up again on the 14th February.

In a country equally divided between nationalism and tolerance Turks who thought they were ‘Turks’ have discovered that they are not as ‘pure’ as they believed, that they have a different ethnicity or religion. After so many years you might wonder if it really matters. Social media is helping to answer that question. ‘Crypto-Armenians, Jews and Greeks in the country will now be exposed’ or ‘traitors will finally learn their lineage’ are commonplace comments.

Just imagine, a man who had served as the director of religious affairs (1972-76) of this country by the name of Lütfi Doğan had a brother who was the Armenian Patriarch of Istanbul Sinozk Kalustyan (1963-90). When, a few years ago, the Armenian language newspaper Agos revealed that Sabiha Gökçen the adopted daughter of Atatürk and Turkey’s first female military pilot was of Armenian parentage it convulsed the country. Hrant Dink, the author of this, was placed under investigation. He was then gunned down on the street in 2007.

Yusuf Halacioğlu, the director of the Historical Society of Turkey in 2007, who had bluntly threatened, ‘Don’t make me angry. I have a list of converts I can reveal down to their streets and homes’, went on to become a Nationalist Action Party (MHP) MP.

In 2013, Agos newspaper reported that the government was secretly coding minorities in population registers: Greeks were 1, Armenians were 2 and Jews were 3. The covert classification of religious/ethnic minorities was met with widespread outrage.

To answer the question ‘does it matter?’ If you suddenly discover that you are a Crypto-Armenian/Greek/Jew/et al consider this also: President Recep Tayyip Erdoğan is on record (YouTube) saying, ‘We are accused of being Jews, Armenians or Greeks.’ To his followers, nationalists, the AK Party trolls on social media and the fanatical nationalist gunmen it matters. To the non-Turkish Turk who is denied a job in public service it matters. To the young man who must undertake conscription it matters. At best they are treated with suspicion and at worst as terrorists.

Learning of their ancestral roots in other counties, particularly European ones, has led to a spike in Turks enquiring about citizenship and/or dual nationality. Those who found that their ancestry traces back to EU-member countries such as Bulgaria, Greece and Romania have been particularly keen to look into possible double citizenship opportunities. Macedonia and Bosnia-Herzegovina are also said to be receiving citizenship applications from Turkish citizens, with many submitting legal enquiries to the justice, foreign and interior ministries of the countries, as well as their consulates and embassies in Turkey.

National registers of ethnicity are divisive and dangerous – and lethal in the wrong hands.