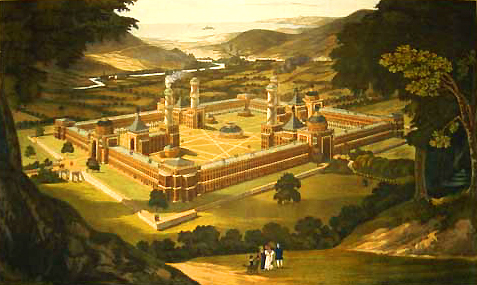 It probably escaped most people’s notice that it’s 500 years since the publication of Thomas More’s seminal work Utopia, the first systematic attempt since Plato to set out the definition of an ideal society, though regrettably this includes (in More’s case) royal princes, priests, the subjection of women, and slaves.

Not everybody missed the occasion though, as a recent ‘Utopia’ art exhibition in London’s Somerset House bore witness.  And with an eye for a good cover story, New Scientist recently went with ‘Utopia – the quest for the perfect society, and the lost civilisation that found it’ (17 September).

This is of interest to socialists, not because we have the slightest faith in perfect societies (and even less belief in supposedly lost paradises), but because we so rarely see any mainstream discussion which dares to venture outside the capitalist paradigm. Utter the word ‘utopia’ and we’re almost bound by law to follow the debate, even if we usually come away disappointed with the poor quality of the arguments.

So, to begin, what was the civilisation that, according to the magazine, was a utopia? The Indus Valley civilisation, active in the Bronze Age from around 2600 to 1900 BC. Why was it a utopia? Because of the lack of defensive structures, obvious military weaponry and other signs of organised conflict. There is also no sign of palatial structures, monuments or depictions of obvious rulers, implying a lack of social classes. This is significant, given that such evidence is abundant for contemporary civilisations in Egypt and the Twin Rivers.

Carl Sagan liked to stress that absence of evidence is not evidence of absence. But just as a lack of bus stops would strongly imply a lack of buses, in archaeology one can learn as much from what one doesn’t find as from what one does. Sir Arthur Evans, the excavator of Knossos in Crete, found no defensive structures and controversially claimed on the basis of this that Crete during the Minoan civilisation (3650 – 1400 BC) enjoyed a Pax Minoica (Wikipedia). This view is still open to debate, although evidence of warfare is even today described as ‘scanty’.

Such claims have been made before, only to be overturned. The Maya were thought to be peaceniks until their inscriptions were deciphered, and they turned out to be full of bloody battles and torture-porn. Interestingly, the Indus culture also has a script which has not been deciphered.

Still, war-free complex societies are known to go back a long way. Çatalhöyük, an Neolithic settlement in Turkey dating from around 7,500 BC, famously lacks any sign of warfare, or of social or gender stratification.

Why did the Indus culture die out? Possibly due to climate change, or the Indus river changing course, or earthquakes. Not content with such prosaic reasoning, some commentators can’t resist sticking the capitalist boot in, arguing that the demise was ideological in form, resulting from a lack of conflict-driven dynamism and invention which led to cultural sclerosis and death. Of course there’s no evidence for this claim, and it doesn’t make much sense either. If lack of conflict is bad for you, one wonders how humans managed to survive the approximately 2.5 million years of the Palaeolithic, during which time there is no evidence of warfare whatsoever.

So were these places ‘utopias’? Hardly. But they suggest that war and conflict did not always and automatically follow from the development of complex societies after the expansion of agriculture. In other words, war was not normal behaviour but a forced adaptation to hostile local conditions. Where those conditions did not apply, war did not appear. This may seem obvious but it is crucially relevant today, because we humans now have the technology to change our conditions. Logically, if we change them in the right way, we can make war disappear.

So what of the magazine’s other statement about ‘the quest for the perfect society’? This amounted to a booklist of utopian and dystopian novels, featuring some obscure 17th century texts but with some surprising omissions, such as Sam Butler, Edward Bellamy, Jack London, Barry Skinner and William Morris.  But this might be because the writer defines ‘utopia’ less as a political idea than a form of artistic escapism: ‘They are never places evolved from the here and now, but fantasies conjured from scratch, pristine and unsullied, out of sheer yearning’. In other words, if your future society is in any way based in reality, it’s not really a utopia. Which is a fair point.

‘Utopian’ is a bullying and derogatory term used by people who believe in the status quo and want to discredit alternatives as unrealistic. While there have been genuinely utopian novels (and utopian socialists) the vast majority of either are not trying to create perfect societies, just better ones. ‘Normative fiction’ is a more accurate phrase, meaning fiction based on what ought to be, according to the writer, as opposed to what is.

What ‘normative’ novels do socialists like? Three perennial favourites are Morris’s News From Nowhere (1890), Ursula Le Guin’s The Dispossessed (1974) and Marge Piercy’s Woman on the Edge of Time (1976). They’re not perfect though. Morris was a decent writer but his novel is dragged to a standstill by the weight of exposition, and the romantic medievalism looks hopelessly quaint nowadays.  The Le Guin story seems so keen not to be accused of utopianism that its anarchist planet is rendered as a Dune-style hellhole full of miserable ascetics, while Piercy’s work has some weird notions about gender equality (men getting womb implants) and suffers somewhat from its own framing device, which makes the anarcho-socialist ‘vision’ look unflatteringly like the delusion of a paranoid schizophrenic.

Do people call us ‘utopians’? Of course, and for the reason given above. But really, all talk of utopias is beside the point. Utopias don’t exist, but dystopias do, and we know that because we’re living in one. Though there are many good things about capitalism, it is a real-life dystopia that only suits the rich, and we don’t need perfect visions to tell us what we need to do about it.