Book Reviews: ‘Seventeen Contradictions and the End of Capitalism’, ‘ Inequality and the 1%’, & ‘ Blacklisted – The Secret War Between Big Business and Union Activists’

David Harvey: ‘Seventeen Contradictions and the End of Capitalism’. Profile £9.99. 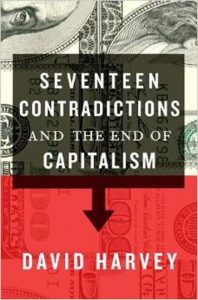 We’ll not state all the proposed contradictions here, just list the three kinds that David Harvey identifies. Foundational contradictions (such as those between use value and exchange value, and private appropriation and common wealth) are at the very heart of capitalism, essential aspects of it. Moving contradictions are continually changing (for instance, between competition and monopoly, and inequalities of wealth and income) and dangerous ones threaten capitalism’s existence. This last category includes the relation to the natural world and, because of the ubiquity of alienation, to human nature: capitalism will simply become unacceptable to the majority of the population.

Along the way some interesting points are made. One is that, despite the supposed emphasis on competition, monopoly is in fact central to capitalism, since the capitalist class exercise a collective monopoly over the means of production. Yet potentially monopolisable skills, such as computer programming, are countered by increased avenues to acquire them, thus undermining the chances of relatively high wages for workers who possess these skills.

Other claims are less convincing, though. There are frequent references to the existence of a class of rentiers, who own the land, mineral rights, and so on. However, it is not clear whether these are claimed to constitute a separate class of owners, or just a sectional interest within the capitalist class. The landlord class are described as unproductive, in contrast to ‘productive capital’.

But it is particularly in regard to what he means by the end of capitalism that Harvey is unclear and inconsistent. There is an early reference to ‘the utopian aim of a social order without exchange value and therefore moneyless’, but this is quickly dropped, apparently in favour of Silvio Gesell’s bizarre idea of money that goes out of date and so cannot be accumulated as happens now. Harvey also advocates what he calls ‘revolutionary reform’, which involves reducing the inequalities of wealth and income to the extent that the reproduction of capital is threatened. But he hardly makes any case for this, and capitalism can after all operate with far less inequality than currently exists.

The final chapter lists seventeen ‘ideas for political praxis’, one for each contradiction. These are something of a hotch-potch, though: abolish all inequalities except those implied in ‘to each according to their need’, and introduce equal entitlements to health care, housing, food security and some others. In place of the class division of capitalism there would be associated producers freely deciding what to produce and how. Yet there would still be some means of exchange (Gesell-style money, perhaps, but why?). Maybe the proposals here are not intended to form a consistent whole, but they do not equate to socialism. After all, it would be easy enough to advocate a moneyless society without exchange if the author shared our conception of future society. 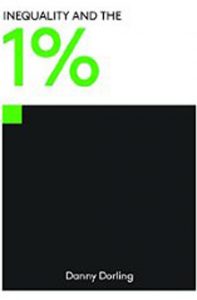 Dorling is a social geographer, some of whose books have been reviewed in these pages previously. This is his latest work, focused on examining inequality, mainly in Britain but with reference to other comparable countries too. In particular, Dorling looks at trends in wealth and related phenomena, focusing on the position in society of the top 1 per cent, who have got richer and richer in recent decades.

He examines statistical data and trends on inequality with regard to categories such as childhood, work, wealth and health, and much of what he uncovers is unlikely to come as much of a surprise to readers of this magazine. Some of the statistics bear repeating all the same:

–        After tax, the proportion of UK income received by the top 1 per cent each year is now around 24 percent;

–        The richest 1 percent in the UK now have wealth that is equivalent to the bottom 30 per cent put together with everything they own, and this effect is worsening;

–        While most people have had real pay cuts since the onset of the financial crisis, the accumulated wealth of the richest has grown in recent years by around 11 percent per annum.

Dorling makes many of the same arguments as Oliver James in Affluenza and Pickett and Wilkinson in The Spirit Level, namely that more equal societies tend to be happier and healthier on a range of measures, and that countries like the UK and US are heading for ever greater disasters because of it.

For all the positives to this book – and there are many – Dorling, like these other writers, has a tendency to assume that the right sort of governments and attendant economic and social policies can make a massive difference. But at best they can only tinker around at the margins, and since the real globalization of capital in recent decades, their ability to do even this has all but disappeared. He calls the type of tax and banking reform that he alludes to as a ‘slow revolution’ that is needed, but also concedes towards the end of the book ‘it may be that a slow revolution is not enough’. We would suggest that the history of the last two centuries of capitalism illustrates this point precisely.

In essence, the rich do not get rich because of historical accidents that some governments fail to act upon and reverse – they get richer because accumulating and reinvesting capital is the lifeblood of the market system and when the flow gets clotted (like in the 1970s) the people who really own and control society will act to remove that clot, so that capital can flow freely again. This has happened across the world, and is presently in the process of happening in countries like Greece. Capital normally flows to where profit rates are most lucrative – this is the economic logic of the system. And capital accumulates from the exploitation of the rest of us – and it does so primarily to the owners of capital.

The reason we live in an unequal society dominated by the richest 1 percent is because while we have socially co-ordinated production and distribution carried on by billions of people across the planet, creating and doing all the things we need to survive, the wealth they produce (and the wealth invested to produce it) is owned by this tiny minority. And this minority has a supreme economic incentive to keep things running that way, ie in their direction, which is the natural direction of flow.

This means there is only one way to get rid of inequality in the modern world and that is to abolish its source – the class-divided profit system we call capitalism. Otherwise it would mean more doomed attempts at trying to defy economic gravity – and on that front, we’ve seen more than enough already. In fact, it was repeated failures to humanize capitalism by the social democrats and reformers that has led us to where we are now. 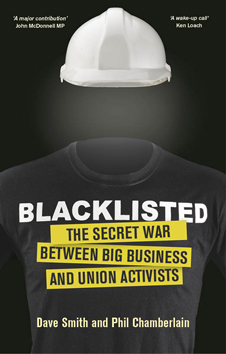 This is about the industrial, mostly building construction, struggles between workers and the bosses, and their use of spies to inform on union representatives, thus resulting in their victimisation and unemployment.

It is a story of bitter class conflicts in which the employers were, and are, supported by the police special branches and MI5. Hundreds of building workers, and others, have been blacklisted just for highlighting dangerous conditions on building sites.

Some of the worst companies, listed by the authors, victimising union members, all in the interest of maximising profits, include the Kier Group, Balfour Beatty, Tarmac, Taylor Woodrow and probably the most notorious of them all, Sir Robert McAlpine, largely responsible for using, and encouraging, such spy outfits as the former Economic League and The Consulting Association (TCA).

The strength of this book lies in exposing the largely secret war of the bosses; the weakness, however, is the demand by the authors for a public enquiry. And all the TUC demands is that the employers compensate the blacklisted and victimised workers under the rubric: ‘Own Up! Clean Up! Pay Up!’.

Nowhere is it suggested that the workers should abolish the system of wage slavery, and the profit motive altogether, which gave rise and gives rise to the blacklisting and victimising in the first place. More’s the pity.