Book Reviews: ‘Line of Fire’, ‘ The Nieuport Gathering’, & ‘ It Was the War of the Trenches’

Barroux, Line of Fire, Phoenix Yard Books, 2014.  Ivan Petrus, The Nieuport Gathering, Lannoo, 2011. Jacques Tardi, It Was the War of the Trenches, Fantagraphics, 2011

Those interested in the literature of the First World War may have come across other ‘graphics’ (with such gruesome contents one can hardly use the word ‘comic’) similar to Charley’s War (reviewed in the August 2014 Socialist Standard). Most of these were originally French language. France, unlike the UK, still has a thriving ‘graphic’ scene. In contrast to Charley’s War or American works, in French language publications the artist and writer are identical and the material was not originally produced as weekly or monthly part works but as a single unit. There should be, therefore, a unity that English language ‘graphics’ lack.

In Michael Morpurgo’s introduction to the Barroux book he comments about the diarist from whose notes the work is derived: “He is the unknown soldier and these are his words. Read them and weep.” Unfortunately there is little to spark such a reaction. The carrot noses are an irritating novelty. 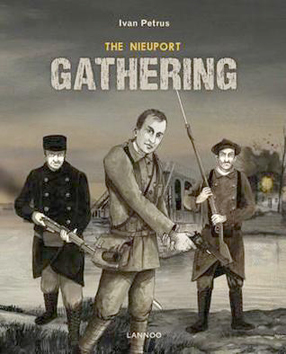 The Nieuport Gathering is the story of a pledge of three men of different nationalities to meet after war and how those three men met their deaths. The historical treatment of the shocking events combined with saccharine Spielburgesque sentimentality means, that like the other contemporary book, it does not engage.

The War of the Trenches, on the other hand, cannot but. Originally published in 1994, this is a work burns with feeling. The senseless slaughter was still then a live issue. Particularly vivid is the contrast between priestly class cant (“Joyful are those families whose blood flows for their country”) and the feelings of a ‘real’ soldier (“Bastards, bastards, miserable fucking bastards! Fuck the army! France can kiss my arse!”). This is a non-chronological sequence of episodes, impressionistic in the best sense of the word. One may disagree with author’s view of human nature (“men are sheep… victims of their own docility”) but one cannot help but be impressed by this immaculately researched and beautifully illustrated book. Tardi concludes “We are all of us, still down here, down in the trenches”: Even now the vicious warmongers are inciting hatred, not of fellow Europeans but of fellow workers, stirring up the necessary background for their oil wars. War, then and now, is about profit for the ruling class…and loss for the working class.