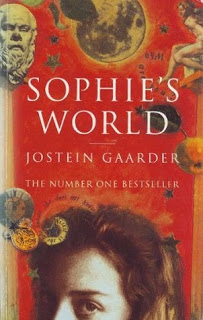 Sophie’s World by Jostein Gaarder, Phoenix, £6.99.
This is a highly readable and innovative book. It tells the story of a young girl’s encounter with the study of philosophy. In telling the story more attention is paid to the simple explication of philosophical ideas than to any great literary flourishes. (Indeed, as a novel it is quite pedestrian.) As an introduction to what various philosophers from antiquity to the present had to say the book can not much be faulted for simplicity and the way that it stimulates further thought. The present writer found the early chapters on the Greek philosophers especially enlightening, often clarifying concepts which had always before been a little misty.
Of interest to readers of the Socialist Standard will be the fifteen-page chapter which tries to explain Marx’s basic ideas. Does it succeed as an introduction? Essentially, yes. In the most simple of terms, from which many contemporary Marxist writers could learn a thing or two. Marx’s three key concepts—the class struggle; historical materialism; and exploitation—are outlined. It is pointed out that Marx’s ideas were rooted in humans as producers and the theory of alienation, being rooted in the separation between the producer and what is produced, is made clear. It is also emphasised that Marx would not have supported many of the things that have been carried out in his name, although this does not stop the writer from representing Marx as an advocate of “the dictatorship of the proletariat” as a first, transitional stage of socialism.
Quite ludicrously, Gaarder suggests that while Marx’s analysis of capitalism is basically valid, it is inapplicable to contemporary Norway were most of the problems of nineteenth-century capitalism have been eradicated. He suggests that this miracle has been performed by social-democratic reformers (inspired by Marx) who sought to change capitalism gradually. Can this be an example of the well-known Norwegian sense of humour infiltrating the text? Or might we conclude that, though a basically good teacher of philosophy, we must say of Gaarder. in the words of Marx, that “the educators must also be educated”?
Steve Coleman