It has been a long, hot summer and the TV companies have been fighting a 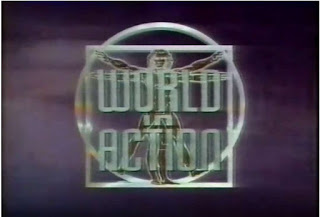 losing battle with the weather as ratings tumble in inverse proportion to soaring temperatures. Repeats of Fawlty Towers and the Likely Lads had been about the best on offer—twenty-and thirty-year-old evergreen repeats. However, the odd interesting snippet emerges from the programming still, and this was certainly the case with World In Action on 7 August.

World In Action asked whether Britain’s love affair with the motor car is now over. Anti-car protesters have taken to the streets, motorway protesters have held up new road-building schemes and the government itself has asked car users to use other forms of transport during the stifling heat in order to minimise pollution. As World In Action pointed out. it is this latter phenomenon which is in many ways the most interesting. It was, after all, Mrs Thatcher who said in 1979 “nothing should be allowed to come in the way of the great car economy”. The problem for the government—and any future government for that matter—is that a number of contingencies have appeared to get in the way of the “great car economy”.

World In Action interviewed doctors who testified that asthma among children increases in incidence near main roads, as do cases of chronic bronchitis and emphysema. In some streets, over a third of children need to use inhalers, objects which were rarely seen in schools thirty years ago but which are now standard equipment for tens of thousands of children all over Britain, especially those in the cities.

Slow coaches
As well as pollution there is the rising problem of traffic congestion and its associated difficulties. Forget the adverts for the top-performance speedsters—in London the average car speed is now down to 12 miles per hour and still falling. In comparison to some cities though this is quite good—congestion in Cairo and Mexico City to name but two is much worse, as is the pollution.

Apart from appeals to people’s good natures, the government appears to be powerless. Cars could be banned from some city centres altogether, as has been mooted, but experiments in other countries shows that this only shifts the problem to the suburbs and inner city areas. Some cities have taken the draconian step of banning car drivers from using their cars on certain days, letting drivers A-K out on Tuesdays, Thursdays. Saturdays and alternate Sundays only. Not quite the victory for the great car economy that Thatcher had in mind.

But if the government are stuck for a viable solution, the protesters from Reclaim the Streets and other single-issue groups have no better answer. Their recent attempts at blocking streets and holding up traffic in Camden Town and Islington have certainly highlighted the problem (if it really needs highlighting anyway) but they have not improved matters. In fact, their direct-action street protests only served to make the congestion worse, transferring the problem to adjacent streets.

In many ways, it has to be said that the anti-car protesters rather miss the point. The problem is not simply with cars themselves (though trust capitalism to have invented and promoted what is a somewhat anti-social form of transport) it is the way transport as a whole is influenced by the market economy. The twin problems are the internal combustion engine—a one-time technological leap but now fast becoming outdated, protected primarily by the oil and motor cartels—and the crazy “taking-coals-to-Newcastle” arrangement which capitalism has always promoted, with its duplication of resources, waste and burdensome on-costs. The market economy is loathe to tackle the first of these issues and incapable of tackling the second as it is integral to the system itself.
Of course, the government has tried hard to make capitalist transport work, mainly through building more and more new roads. But, as even the Department of Transport now realises, there is a limit to new road-building and it rarely if ever seems to eradicate the problem, with cars simply arriving to fill up the new tarmac laid down—viz. the M25 London orbital motorway. Whatever the government does the problem keeps on getting worse.
Let us be under no illusions— capitalism has created a gigantic transportation mess and a sane society is going to have to clear it up. It will not be an easy task, but it will only be through the abolition of the market economy that transport congestion and pollution can be really tackled in a system which puts people and not profits first. There are no lasting solutions within capitalism itself precisely because capitalism is a very large part of the problem—uncontrollable, wasteful and anti-social to its core in transport as in most other things.
Dave Perrin