Book Review: Prejudice in the name of socialist thought 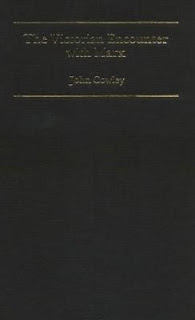 The Victorian Encounter with Marx: A Study of Ernest Belfort Bax by John Cowley, British Academic Press. £34.50.
A fatal political contradiction marred the socialist contribution of Bax. To begin with his positive work. Bax wrote in the magazine Modern Thought in November 1879 what was the first article in an English publication to explain and support Marx’s ideas as presented in Das Kapital. Bax described Marx’s great work as providing “a doctrine in economy comparable in its revolutionary character and wide reaching importance to the Copernican system in astronomy, or the law of gravitation in Mechanics generally”. Marx re-read the article to his wife two days before she died, pleased to see the recognition of his ideas in an English-language publication. (Hyndman had summarised some of Marx’s ideas earlier, but failed to mention Marx lest the German origin of the writer put off British readers!)
Bax went on to become a friend of Engels, visiting him often in Primrose Hill. He joined the SDF and with Morris he resigned, in opposition to that organisation’s opportunist reformism, and with Marx’s daughter  Eleanor and other socialists, he joined the Socialist League. The present writer’s view, which is supported by Cowley’s book, is that Bax was not much of a Marxist when it came to philosophical analysis – which is what he prided himself upon. In fact, he was rather more under the influence of the pessimist, Schopenhauer. The old myth that Bax had to press Marxist ideas upon Morris does not ring true; the evidence is that Morris understood the fundamentals of Marx’s revolutionary thought rather more than Bax did.
But there is a little more to this than a sterile debate over the bones of Marxist skeletons. A living political issue was at stake. Bax was a confirmed misogynist. He regarded women as being naturally inferior to men, joined the Anti-Suffrage League (from which he was prevented from speaking by Tories in case his socialist background damaged their case!) and treated both of his wives (the first died) with indifference bordering upon cruelty. The question is: Can a man who regards one half of the working class as being inferior to the other be regarded as a socialist? Obviously no; no more than those who preach the inferiority of blacks, gays or men can be.
Of course. Bax was a personally screwed-up, repressed and morally confused product of a horrible Victorian age. But why did his fellow socialists fail to censure his male chauvinism, when they opposed unequivocally Hyndman’s obscene anti-Semitism? The only contemporary socialist to take on Bax was Eleanor Marx, who offered to debate his chauvinism in public – but, like most proponents of prejudice, Bax preferred to duck the debate.
Why has Bax been given such a decent press in the years since his death? Quite apart from his support for the First World War (which he had in common with other pseudo-socialists like Hyndman and Robert Blatchford), we should surely have learned the lesson that, at least as far as we have any control over our own lives, the personal is political. That does not mean that we should blame workers for being trapped by the necessary callousness of the capitalist system, but when they try to present offensiveness or prejudice in the name of socialist thought we should surely disown them.
Steve Coleman