Between the Lines: And Now For Our Younger Viewers . . .

And Now For Our Younger Viewers . . .
During the Earth Summit last month it was hard to switch on the telly without 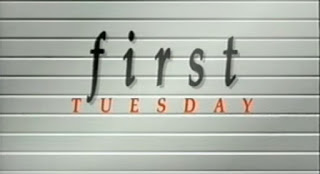 encountering some green reformist or another uttering tales of woe about “our” planet. They even gave Jonathan Porritt his own series, modestly titled How To Save The World. Salvation via Porritt’s greenery involves leaving the profit system intact and picking off the scabs which it inevitably breeds. It was salvation for the simple-minded, a sort of secular, modernist Jesus Is Coming message. Switch on BBC’s Going Live on a Saturday morning and you will be highly likely to bump into Jason Donovan or Jonathan Porritt; the former can’t sing and the latter can’t offer solutions, only pathetic reforms. The destruction of the environment has assumed the proportions of a children’s issue; those talking about it are free to indulge in the sugary platitudes of reformers for whom caring renders unnecessary the requirement for being logical. Saving the rain forests in the late 1990’s is getting to be like collecting pennies to ’save black babies’ which Catholic schools did recently as the 1960’s. One of the most urgent problems of our time, which is the global destruction of the social environment, is reduced to nursery rhyme reasoning and Porritesque posturing.

News Mystification
The ecological crisis is no joke; it could be capitalism’s literally most foul attack upon us. but it is reported in terms which mystify rather than illuminate. So, instead of talking about how whole species are being wiped out for the sake of profit, the talk is of “biodiversity”. Instead of getting to grips with the industrial poisoning of the atmosphere we are told of “CFC emission levels”. In short, the simple and the comprehensible is converted into scientifically grandiose terms to frighten us away from thinking that it is ours to solve. No, such convoluting problems had better be left to statesman and state scientists. Economists have long performed the same task in relation to production, turning starving millions into “the underdeveloped South” and food mountains into “regional agro-over-production”. What sounds like an explanation becomes mystification, the result of which is to distance the viewer of TV from a sense of power in questioning or rejecting the self-appointed experts.

The Pushers
First Tuesday (2 June, 10.30pm, ITV) was about drug pushing on a grand scale. These were not gangs making a few million in an illegal market. Here were multi-million dollar companies going into Asian countries and promoting their addiction. In Malaysia packets of of the drug are given free to people in shopping centres. In Taiwan, where it is illegal to advertise drugs, the companies ignore the law by using the drug logo to advertise holidays, even though the companies are not in business to sell holidays. The expansion of this drug pushing into Asia has led to a corresponding increase in fatal diseases there, far outstripping those caused by heroin addiction. A US Congressman from Kentucky, the main state where the drug is grown, defended the pushing campaign into Asia on the grounds that, although it can ruin people’s health and will certainly kill many, it is important that Asian consumers have the freedom to choose what they buy. We did not hear the Kentucky Congressman’s views on the right of Kentucky courts to imprison people for choosing to smoke cannabis. Oh, the drug in question was not dope, but tobacco.