Between the Lines: From Hamlet to Hilda Ogden 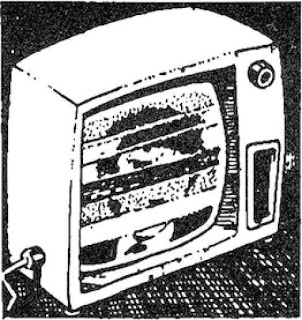 From Hamlet to Hilda Ogden
In 1769 Garrick organised the first ever Shakespeare Jubilee: a celebration of the work of “England’s greatest writer”. Ironically, so few people had read Shakespeare or appreciated his plays that the Jubilee events involved not a single performance of a Shakespearean play, but instead the highlight was a huge fireworks display.

Last month ITV celebrated another landmark in British cultural history: the thirtieth anniversary of the first performance of Coronation Street. Unlike Shakespeare, whose greatness has generally had to be forced down the throats of unwilling recipients of his state-approved messages, Coronation Street has tapped a genuine social vein. In 1981, when Ken Barlow married Deirdre Langton, more viewers tuned in than to the televised marriage of Prince Charles and Lady Di which took place the same week. Like it or detest it, Coronation Street is popular, fifteen million viewers watch its three episodes each week.

Coronation Street purports to be about working-class life in a friendly northern community. It is not. In friendly northern towns there are tower blocks where they double lock the doors, paint racist graffiti on walls and sniff glue. The unemployed, the old and hypothermic, the girls who can only make ends meet on the game, the smack addicts, the desperately lonely single mothers – these are not the stuff of which Coronation Street fiction is made. Down the Street everyone calls everyone else “chuck” and the world revolves around booze and gossip, although the booze never leads the characters to get drunk or go to the toilet and the gossip is devoid of anything remotely concerned with the pressing social problems which most wage slaves must tackle alone. Mike is having it away with his boss; Deirdre is having it away with a bent councillor, Phylis wants to have it away with Percy; Curly is desperate to have it away with the simpleton in the supermarket. Poll tax bills never arrive. Hospitals are never closed down. Bus services are never withdrawn because they are not profitable enough. Life is one long dash from the bar to the condom machine.

Soap operas are about life divorced from history. Coronation Street is in a town that does not exist within a country that does not intrude within a senseless social system whose senselessness never invades the major question of the day: To have it away or finish my pint, that is the question.

For all of that, Coronation Street is (at least in the view of this writer) one of the finest dramatic offerings on British TV. Great acting combined with sensitive writing. The snobs hate it. And every so often — or, to put it another way, all too rarely — a little bit of real life under the profit system infiltrates the cosy life of the Street. On 10 December 1990 Don Brennan confronted the problem of a single mother whose gas was about to be turned off because she could not afford to pay the bill and feed the baby. Of course, Don paid the bill. Just like, when Newton and Ridley were going to evict Alec and Bet from The Rover’s Return, the sudden appearance of a mystery director saved the day: humanitarianism defeated profit. This is a modem version of the Dickensian romance in which Scrooge ceases to be an exploiting swine because of a frightening dream. Down the Street problems are resolved because “folk help out”. This side of the screen the problems persist, despite what “decent northern folk” might want to happen.

The Coronation Street birthday show (Sunday 9 December. ITV) was presented by Cilia Black, that phoniest of phoney images of decent northern folk. Messages of congratulation were sent from the snivelling rogues of East Enders and the cardboard cut-out Neighbours. Cilia made imitation friendly northern noises and a jolly good time was had by all. The Queen sent a telegram saying how much she enjoyed the programme, though it is not quite clear whether real life in a terraced house in a grimy industrial town would cause her as much enjoyment.

Perhaps it says something about contemporary British drama that the Royal Shakespeare Company (the offshoot of Garrick’s fireworks party) is to be closed for the first part of this year because of lack of money; the Queen and Cilia celebrate thirty years of a soap opera — and later that night the South Bank Show had Mary Whitehouse discussing morality with Spitting Image puppets of Kinnock, The Pope and Princess Di. It must all mean something, as Hamlet said to the ghost.

From Lenin to Thatcher

The newsreader announced that Armand Hammer is dead. (BBC, 6pm, 11 December 1990) Hammer (whose father was the doctor to the pioneer American Marxist, Daniel De Leon, incidentally) was described as “the capitalist that the communists loved.” What confusion will they come up with next to drive the workers crazy?

Hammer was an American multi-millionaire, the owner of Occidental Oil. In the early days after the state-capitalist coup in Russia in 1917, Lenin approached Hammer and asked him to organise the trade of Russian furs in the West. Hammer has been a friend of every Russian ruler since Lenin, including Stalin and Gorbachev. He was also a great admirer of Thatcher. In short, this man knew more thieves than the governor of Wormwood Scrubs. He is not known to have appeared on Coronation Street and Cilia Black will not be singing at the funeral. Like the lady said. “It’s a funny old world.”