Diary of the Capitalist: Sunday 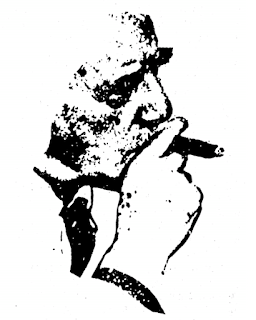 Sunday
One thing that keeps me happy as a capitalist is the sheer brainlessness of so much of the propaganda put out by people claiming to be “socialists”. After Nigel Lawson resigned as Chancellor of the Exchequer. I saw numbers of posters, each line in larger capitals than the last: SOCIALIST WORKER. TORIES IN CRISIS. LAWSON’S GONE. NOW GET THATCHER.

Secondly. Lawson was getting to the age when he felt he should turn his years of high office, his national notoriety, TV exposure. and so on, into more tangible resources: in other words, to retire, and go into the City. There dozens of companies would fall over themselves to give him many thousands a year each just to put his name (“Right Honourable Nigel Lawson. former Chancellor of the Exchequer”) on their letter-heads—in return for nothing more energetic than attending directors’ meetings once or twice a year. Adulation and applause keep politicians in public life for a long time, but there comes a point when their minds turn to more bankable assets.

Though comfortably off. Lawson had unfortunately lost some money—as the papers pointed out unkindly on his resignation—when the stock market took one of its periodic dives a few years ago. Incidentally, you’d think a man claiming to control the national economy could control his own economy rather better, wouldn’t you? Strange that a man pretending to foresee the highly complex future of the whole country’s industrial and financial activities. couldn’t foresee tomorrow’s movement of prices on the Stock Exchange.

Because of these two factors. Lawson seized the opportunity of Mrs Thatcher’s employment of an advisor (Alan Waters) who disagreed with him on some points of economic policy, to resign, and devote himself to becoming seriously rich.

And some Trotskyites issue posters which must mean, if they mean anything, that in some mysterious way far-left militants had helped to get rid of Lawson, and therefore had a chance of ousting Thatcher.

Monday
Amazing how long-lived is the belief that different faces running capitalism are going to make some significant change. I remember that in the early 1950s. enjoying a post-luncheon stroll in the West End. I saw a procession with banners demanding the resignation of the Prime Minister, Churchill: it was going in the direction of Hyde Park for a rally. I walked along on the pavement, and one of the marchers said all they needed was somebody to shoot Churchill. I had to point out that Churchill was already far gone in senility, that the then premier for all practical purposes was R. A. Butler, and that when Churchill died (an event expected almost daily) then Butler, or Eden, or some other luminary, would take over, and what difference would it make? Not to mention that the police would run round and vigorously interrogate a large number of reformists like himself in order to get a confession out of somebody. And all for doing what in a week or two Churchill’s lifetime devotion to brandy and cigars was going to do anyway.

But it was no good. Only shoot Churchill, he reiterated, and capitalism would come crashing down. Shortly afterwards Churchill died. Eden became premier, and capitalism, strange as it may seem, survived.

Tuesday
The fact that we capitalists own or control, directly or indirectly, virtually the whole of the media, is of crucial importance to the preservation of capitalist society. It isn’t so much a matter of enforcing our own opinions (though that’s part of it); it is a question of establishing what people ought to have opinions about. It isn’t merely a matter of making sure that we win all the arguments: it is a question of laying down what people should be arguing over. No national newspaper or TV channel would dream of denouncing socialism, and attacking a moneyless, wageless society without exploitation, where people would jointly own the factories, land, means of transport and so on, and where society was really democratic, because if socialism was once brought on to the agenda, as it were, then some people might well start to think that it sounded a good idea.

Those who “set the agenda” can go a long way towards preventing undesirable subjects ever being heard about; that’s why individual capitalists, or the state on behalf of all the capitalists, own the media (apart from the fact that only rich people could own such things anyway).

Wednesday
Of course there are plenty of political arguments in the papers and on TV. These arguments are between sections of the capitalist class. Just as capitalists in one state often (or always) contend against those in other states, at worst going to war with them, so capitalists in the same state argue with each other. For example, the whole business of nationalisation versus privatisation. Some capitalists think that all industries, raw materials, etc, should be owned by individual capitalists, so that they can make a profit out of them. Other capitalists think that some materials or networks are so essential to the capitalist class generally—water, for example, or railways, or the various forms of power— that any group of capitalists gaining control of them could hold the rest of the capitalist class to ransom. Supposing the owners of all the water companies got together and said to the rest of the owning class “no more water, unless prices rise by 100 per cent or 1000 per cent”. No one can live, never mind run a profitable business, without water; so the water owners would be able to extort massive gains out of the rest of the ruling class.

Same with railways. Suppose the railway and road-transport owners ganged up on all the other capitalists, couldn’t they in effect blackmail them? Ditto power—coal, gas. electricity. Is their ownership so important that the individual capitalist could best protect his own interests by making sure that all capitalists jointly—the state—should own these things? And supposing foreigners controlled “our” essential supplies? French companies already have a foothold in the ownership of British water. Suppose war broke out, and the French were on the other side? Or suppose the railways were owned by the Japanese, and there was another Anglo-Japanese war; could the Japanese owners sabotage the entire British war effort? It was considerations like these that led Bismark, for example, to insist on the state-ownership of the German railways (so troops could be rushed from one side of the country to the other in time of war). No one accused him of turning socialist; he was simply protecting (as he saw it) the interests of the whole German capitalist class.

For various reasons, some sections of the British working class have supported, at some times, state-ownership of power, or of transport, but that doesn’t mean it has anything to do with socialism.

Thursday
Another argument within the capitalist class is this: do you get more profits out of in     “your” workers by treating them kindly, or by treating them badly? Does productivity go up if you remove the fear of mass unemployment, give workers good treatment when they’re ill, and promise them a decent pension when they’re old? Or does productivity increase if the workers have the fear of the sack always hanging over them; if they have to work harder to pay for private medical care, and to finance their own future pensions?

We in the capitalist class argue about these things constantly; sometimes there’s a majority for the kinder treatment, sometimes for the tougher. It’s our argument, and that’s why it’s carried on in the columns of our press, and in the programmes of our radio and TV. Workers try to join in the argument. Usually (surprise, surprise) they favour the kinder treatment, though sometimes their miserable environment makes them hate even their fellow-workers, and they support the “I hire ’em. I fire ’em” school.

Workers taking part in this argument convince themselves they’re really in touch with the basic issues of the day. Of course their trade unions will try to get the best conditions possible; but apart from trade-union activity, workers supporting one or other of the two main schools of capitalist thought are falling for our propaganda. Instead of arguing against capitalism, they’re arguing about what kind of treatment they can hope for while remaining the oppressed class within capitalism.

You might get a similar argument among farmers. One farmer could be sure he gets a higher profit from his animals by mending the holes in the shed-roof, giving them plenty of straw, feeding them the best of cattle-cake. Another is convinced he gets higher profits by saving on repairs, buying less straw and worse food. If the animals were asked, most of them no doubt would support the kinder treatment. But either way they would be supporting their own exploitation.

Friday
The water-privatisation shares have been issued on such terms that a certain profit of over 20 per cent is assured to buyers. So many people with a few hundreds of spare money rush to buy the shares. The government then claims a triumph for “popular capitalism”.

The government is Conservative. The majority of the buyers—with the spare cash, and the knowledge of share-buying necessary—would be Conservative. In past centuries they used to call it bribery.

However, people of more than one political persuasion have picked up the money offered, without in any way changing their opinions. The idea that anyone accepting the government hand-out is thereby supporting a particular version of capitalism is ludicrous. I suppose if you started a club, and promised anyone joining £100, you would have a lot of new members; especially if they could (and most would) leave immediately they’d got their £100. But to say that the grateful recipients of the £100 were showing their dedication to the club’s aims would be ridiculous.

Saturday
Maxwell’s Daily Mirror; or the Daily Maxwell, can’t leave Manchester United alone. Maxwell’s reporter seizes on (not surprising) criticism of chairman Martin Edwards for his £95,000 a year “salary” at the club’s annual meeting. The back-page banner headline is “This Club is Obscene” (6 December).

The main obscenity about Manchester United in Maxwell’s view is that Maxwell failed in his bid to buy it. Edwards turned him down, and Maxwell is getting his revenge. But he should really control himself better. The interests of us all in the owning class are not best served by headlining how much one particular capitalist gets for doing so little.