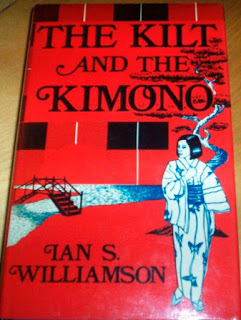 How deceptive appearances can be! This book, with its banal title and dust jacket, looks extremely unpromising yet is packed with valuable information about Japan as well as containing more socialist arguments than any book published for years.

Ian Williamson is a Scot who has lived and taught in Japan. He is an ex-member and longtime supporter of the Socialist Party and what he has set out to do in this book is to explain Japanese society, with its unique culture and customs, through its history and to dispel the myths and prejudices which most people in the west have about Japan.

Ever since the end of the second world war many western writers and commentators, particularly American, have been trying to explain the complexities of Japanese society by using western standards as their guide They have assumed that the lifestyle, morality, values and even physical appearance of people in the west are the correct ones and criticise the Japanese for not measuring up. Williamson rejects this idealistic approach and easily demolishes the claims made by the “experts” that the Japanese are especially militaristic, conformist and subservient by pointing to the existence at one time or another of all of these traits in the west.

Nevertheless many Japanese attitudes do differ greatly from those held in the west. According to Williamson there is a much greater emphasis placed on the importance of group activity and decision making as opposed to western individualism; there is little or no interest in the concept of life after death or any metaphysical thought, and there is not the clear-cut distinction which most western people make between work and leisure or art and nature, but Williamson shows how all these differences and more can be understood through looking at Japan’s history Why, for instance, is politeness such a feature of Japanese life?

In old Japan people were required to sit, sleep, eat, dress and greet each other in a certain manner according to their social position In fact what they ate and how they dressed was severely laid down by law. Anyone who violated the law or rules of etiquette in the days of the Samurai was severely dealt with. To touch a superior, or even to sit in any other than the prescribed way in his presence resulted in a painful reminder that proper behaviour must be observed.

So observing the correct form of behaviour has become an ingrained characteristic of the Japanese which has persisted to this day.

History also explains why Japanese workers apparently show such loyalty to their employers. Because aspects of feudal relations have persisted into modem capitalism in Japan a paternalistic, hierarchical system is still strongly entrenched. This means that besides the guarantee of a job for life for many workers, seniority is very important for promotion prospects. Workers who have invested a number of years in a company know they would have to start at the bottom again if they were to leave and get a job elsewhere, so they tend to stay put and make a virtue out of necessity by being loyal to “their” company.

No opportunity is missed by the author to put across socialist ideas. Our views on class, leadership, war, crime, human nature, nationalism, etc. are featured throughout the book. So besides giving workers here the opportunity to learn about Japan. Ian Williamson has, more importantly, provided Japanese workers with an excellent introduction to socialism. They just might be able to read elsewhere as sound a condemnation of capitalism as the one he provides but where else will they see this description of socialism?

A classless system, where goods are produced for use. not for sale, and because there will be no buying or selling so there will be no need for money, banks, insurance companies, salesmen, ticket collectors, cash-register operators, stock brokers and all the rest of the cumbersome junk and paraphernalia which involves people in soul destroying, non-productive, non-creative activity so necessary in capitalist society.

And to round things off the Socialist Party and its companion parties are mentioned as the advocates of such a system of society!