The Tories like to pride themselves on being “the party of the family” and yet there is a government Bill currently going through Parliament that is designed to keep families apart. The families in question are, however, black, and this government — like others before it — does not have quite the same enthusiasm for black families as it does for white, especially when family unity is to be achieved by more black people coming to live in Britain.

The legislation in question is the latest Immigration Bill — a nasty racist act which the Home Secretary describes as making “sensible and limited changes” to the 1971 Immigration Act. and which Timothy Renton. Home Office Minister of State, tried to downplay by calling it a “modest Bill” which would deal with “anomalies” and “loopholes” in immigration law.

In fact, this so-called modest, loophole-plugging Bill will remove the legal right of British men marrying foreign wives to bring their wives and children to live in this country. This overturns a guarantee made in the 1971 Immigration Act that all male Commonwealth citizens settled in Britain before 1973 could bring their wives and children under sixteen to live with them here. In future any man applying for his wife and children to join him in Britain will have to pass two tests. First he will have to show that he can support and house his family without claiming benefits. Secondly, he will have to prove that the “primary purpose” of his marriage was not to secure right of entry or abode to Britain for his wife. In addition, rights of appeal against deportation will be curtailed. At present anyone who stays in Britain longer than the time permitted on their visa and who is threatened with deportation, can appeal against the decision on compassionate grounds — for example, that their family is here. A clause in the new Bill removes this right of appeal in cases where it is less than seven years since the person last entered Britain. In other words someone could lose their right of appeal if they have left Britain to go to France for the weekend at any time in the previous seven years.

Similarly, another clause will make it a criminal offence to stay in Britain beyond the time stipulated on a visa and again, there will be no rights of appeal against a deportation order on compassionate grounds.

Ironically this Bill is. in part, a consequence of a ruling by the European Court of Human Rights that the 1971 Immigration Act was discriminatory towards women since British and Commonwealth men could bring their wives and children to Britain but women could not bring their husbands. Instead of increasing rights by making them equally available to women, the government is now complying with that ruling by withdrawing rights from men. The law is no longer to be sexist but will it be racist?

In theory the new immigration law will apply equally to all British men, black or white, who marry foreign women. In practice, however, a white man who wishes to marry a white woman from abroad is unlikely to encounter obstacles — provided he is not unemployed or homeless. This is, after all, an immigration Bill and as the gutter press knows only too well, immigrant means, in effect, black immigrant; it does not refer to those Americans, Canadians, Australians or Western Europeans who settle here.

For some families the effects of this “modest” Bill will be devastating. Where women are refused permission to join their husbands in Britain the family is likely to remain separated. Even where an application is successful it will mean even more people having to go through the months — and often years — of tortuous and degrading bureaucracy and investigation by immigration officials. The new legislation will give these officials even more rights to question couples about their marital and family life in order to try to trip them up about the “primary purpose” of their marriage.

The Bill also contains a catch-22 clause. In order to satisfy the requirements of the legislation, a man wanting to bring his wife and children to Britain must show not only that he can support them financially, but also that he can provide adequate accommodation for them. A man seeking council accommodation to house his family will be confronted by the problem that no local authority will give him a house large enough to accommodate his family until they have arrived in this country. But their application to come will not be granted until he can satisfy immigration officials that he has a home for them.

Making overstaying a visa a criminal offence is also likely to have profound effects not only on those directly affected but also on most blacks. It is quite possible that blacks will be even more subject to police harassment as the police will be able to argue that they were justified in stopping and searching a black person since they suspected that he or she might be in breach of the immigration laws. In other words all blacks are likely to be treated as “suspect persons”.

Who is it that the government is so anxious to exclude from Britain? The main 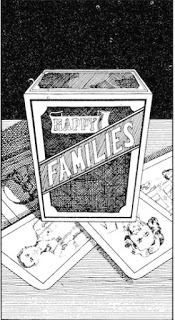 group of dependants still applying to come to Britain to join their husbands is from Bangladesh. Bangladeshi men were the last group of people to come to Britain in any number without already having family here. These men are now seeking to bring their families to join them. However, the numbers are not large: in 1986 the total number of immigrants from the Indian sub-continent was just 3,000. But then, despite the rhetoric, it is not the numbers that the government is worried about — no restrictions are placed on the three to nine million, mostly white. Commonwealth citizens who retain an absolute right to settle here because they have at least one British-born parent. In the long term the government is anxious to prevent young men of Asian origin, born or brought up in Britain, from bringing wives into the country from the Asian sub-continent, as they currently have a right to.

Taken together with other changes to the immigration rules and the tougher stance taken in the treatment of refugees seeking asylum in Britain, this latest piece of immigration legislation is just one more measure that, despite the sentimental attitude towards the family in government rhetoric, will separate families, cause hardship and suffering, and will further help to fuel and legitimate popular racism, which, like national boundaries. passports, visas and immigration officials, serves only to divide the world s workers.