Book Review: From crisis to complacency 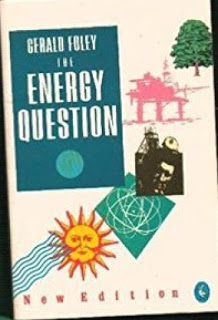 When the review copy of this book arrived I took my old one down from the shelf to compare them. The latter was published in 1976 and must have been written not long after the 1973 Arab-Zionist War and the quadrupling of oil prices in world markets.

The conclusion of most experts then was that there was too little oil and too many customers. Commodity markets — tin. coffee, copper, palm oil — boomed because the scarcity was believed to extend to everything except people; there were, it seemed, too many of us. Catholics rejected this view because God would not bring people into the world without means for them to exist.

Colin Clark, an adviser to the Pope on economic demography, had concluded that the world could feed ten times its current population to American standards and thirty times to Japanese standards.

But the majority of experts inclined to the view that scarcity was coming to haunt us. Oil and other sources of energy, along with most minerals and fertile soil, were in short supply and getting shorter Interested parties joined the chorus: producers of oil and minerals used the scare to jack up prices. Vegetarians argued that if we gave up meat there would be plenty of nut-cutlets for us all. Even Gerald Foley wrote in the early edition: “It is inevitable that the future will be more vegetarian than the past”.

Twelve years on we are assured that there is too much of everything. Primary commodity prices have crashed: copper producers like Zambia and tin producers like Malaya are in economic difficulties. Europe is drowning in wine and olive oil lakes and there are mountains of meat and fruit and grain.

And energy, whose input equals half a ton of coal-equivalent for every man, woman and child in Britain for food-production alone:

The energy picture is very different from that of 1976. when the first edition of this book was published. The atmosphere at that time was one of crisis. Now the anxiety seems to have completely disappeared. A decade ago there were worries about whether industrial society would reach the year 2000 without a major upheaval in its ways of obtaining and using energy; now the consensus is that the turn of the century will see business very much as usual.

Now why should all that be? Had some new element come onto the scene to change all the equations about energy? Nuclear energy had promised, or rather its PR officers had promised a future of free or nearly free energy. But that dream had already gone sour by 1976. The American nuclear industry, operating on a purely commercial basis, had already stopped ordering nuclear power stations and many of the utilities who had ordered or who were operating them were facing bankruptcy. Countries like Britain and France who continued to order or operate them were doing so for political reasons, like obtaining war supplies of plutonium from the Magnox stations, or as a counter to the power of the mining unions in the British government’s case, or to the power of the Arab oil producers in the French case. Gerald Foley has no doubt as to the real reason:

When the oil crisis arrived in 1973, there was a widespread misapprehension that it was connected with resource depletion. In fact, it was almost entirely a matter of economics and world politics, [ibid]

A couple of pages later he puts it even more bluntly: “In retrospect, it is clear that the energy crisis was to a large extent a creation of the major energy interests”.

So all that tizzy of excitement over self-sufficiency in the late sixties and early seventies was based on a false premise. All those flat-plate solar collectors on every roof and Cretan windmills in every backyard, methane digesters and Pelton Wheels and hand mills for grinding your own corn. Still, this book deals kindly with them and is careful not to throw the baby out with the bathwater. Houses are still being built with big picture-windows facing north — the planning laws and building regulations say nothing about orientation; the heating requirements of most houses could be cut by three quarters for a modest expenditure on insulation and of most factories by an even bigger factor.

The “energy crisis”‘ did, nevertheless, produce substantial economies in the use of fuel, particularly in the US. American motorists spurned the gas-guzzler cars in favour of the Volkswagen Beetle in sufficient numbers to bankrupt Chrysler and force General Motors and Ford to redesign their products. In Britain the small ads columns were full of oil fired boilers that hard-pressed householders could not afford to run. Alternative and sometimes desperate measures: paraffin stoves, electric storage radiators, log stoves, rarely offered a real solution.

Now it is: as you were, and oil is once more among the cheapest of fuels. The chapter: “Planning for Scarcity” in the 1976 edition has been changed to: “From Crisis to Complacency”. The point is still there but the emphasis is different. Gerald Foley comes up to the jump but refuses it. If he had only questioned the Market Economy itself. But if my aunt had wheels she would be a bicycle. The author is not in the business of political/economic analysis or he would have written a different book.

What he has written, and rewritten, is a compendious trip, historical and geographical, around the subject and provides a massive amount of material for us non-specialists to analyse. The tables and graphs are particularly comprehensive.