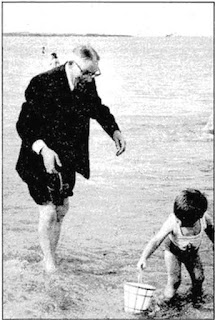 Following the annual fortnight’s parole I, like thousands of other workers, am now once again chained in the bondage of wage slavery. During the long winter months we eagerly looked forward to the forthcoming sun, sea, sand and sangria experience. This was fuelled, as it is every year, by a television advertising blitz that began on Christmas Day immediately following the Queen talking about her unemployed family and the difficulties of managing on the pension and two thousand million quid.

Swayed by the alluring images of sun-soaked beaches, swimsuit clad models sipping bacardi, and the prospect of another year ahead full of the same old problems, we rushed off to the travel agent. We staggered back with all the brochures. Capitalism isn’t so bad you know, especially if you can afford two weeks away from it all. The trouble is that all the problems and frustrations that we want to leave behind will still be here when we get back.

Come the big day and at the airport we discover why Package Holidays are so called. Hundreds of other packages are all waiting to depart too. Why do the companies selling holidays studiously avoid showing how crowded a beach or a hotel can get when everyone seems to be going to the same place at the same time?

Having been processed through the airport and fed plastic food, eaten with plastic cutlery, on the plane we finally arrive. When R. L. Stevenson wrote that it is better to travel hopefully than to arrive, he had obviously never been on a jam-packed Boeing 737.

As we transfer to our hotel (30 minutes by coach the brochure said but only possible in this time because of Spanish driving) how many of us give a thought to the many Ronan Points along the way which house Spanish workers? Does it occur to us that they suffer under capitalism too?

The entertainment opportunities afforded in the sunshine are myriad. Providing you can afford them. Spain may have a “socialist” government but try getting a drink from a bar without engaging in an exchange transaction and see how quickly the municipal police arrive.

What with crowded beaches, crowded bars, fighting for a table every time we take our buffet type meals, it’s almost a pleasure to be able to rest in the airport for 11 hours because the aircraft taking us home has broken down through overwork.

And when we finally arrive home. 18 hours later than planned, to find a welcoming pile of bills on the door mat, we sit down, have a cup of tea and prepare to sell our labour power for the next 50 weeks to pay for our next holiday.