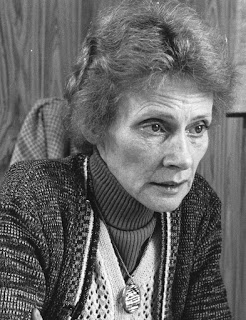 Alice was a heroine, but no flags were waved, no anthems were sung for her. A victim of mesothelioma, the asbestos-induced cancer of the lung, she died wretchedly after long anguish in body and mind; the courts had just decided that her life could be priced rather higher than the paltry amount her ex-employers had offered.

As the scandal was being exposed on television, the wage slaves who had faithfully done their masters’ dirty work in the Falklands were being rapturously welcomed back. There was no such fame or glamour for Alice. “You’ve got to fight while you’re alive”, she said with a poignant logic, “because you can’t fight while you’re dead. Can you?”. That was Alice’s message, and the message of the other sufferers shown on the programme.

Alice was a member of the working class — the useful, productive majority. She contracted that terrible disease because of the way she sold her labour power. Her courage and patience were such as the Falklands jingoists would hardly acknowledge. She was bewildered, too; why did it happen to her? To anyone? Why was it allowed? While searching for answers to these questions, she fought.

There was no such courage in the besuited smoothies in the pay of the asbestos companies, who pretended that the danger of the fibre had been vastly overrated and that their employers had done everything possible to make the workplaces safe. These miserable twisters, in face of the facts of the horrifyingly high death toll, insisted that virtually nobody had died as a result of working with asbestos.

Compared to these people, and to the vacuous ballyhoo of the South Atlantic, Alice glowed as a triumphantly brave and honest human being. Salute her. She will stand as evidence that her class has the qualities needed to refashion society so that such tragedies as hers will not happen again.