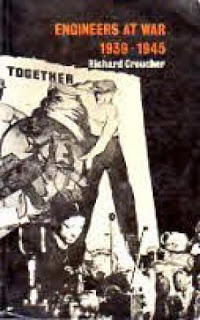 Although ostensibly a history of the effects of the Second World War on the engineering unions, this book inevitably becomes a record of the sordid conspiracy of the Communist Party to seize control of the Amalgamated Engineering Union. Their attempts turned to farce after the first volte-face, when Harry Pollitt was booted back to Manchester and the CPGB was instructed (from Moscow) that the war was nothing but an “imperialist power struggle”.

The CP reverted to all its old tricks— instigating strikes, sabotaging the war effort and harassing Bevin, the Minister of Labour. Then came the Nazi invasion of Russia, and overnight the War was again a sacred crusade for democracy against Hitler. Pollitt, Wal Hannington, Jack Owen, Bob Lovell and other CP notables, notorious for their vehement denunciations of Bevin and the TUC in 1941 rushed up and down the country, wherever a strike broke out, to beg the naughty workers to go back to work. With Jack Tanner, President of the AEU, they supported Bevin’s Joint Production Committees and the notorious Regulation IAA, under which young girls (in Coventry, for example) were jailed for absenteeism from the war factory

Perhaps the whole thing is best summed up by an ex-CP member, Alf Doig, a tool-maker at the Acton Works of the Napier Engine Company:

What is all this nonsense we get from Harry Shaw (CP) these days about the “workers backing up their leaders”. We do not elect “leaders”, we elect representatives; the former command, the latter carry out mandates. Sheep need leaders, and where you have sheep, you have shepherds, crooks, and fleecers.
Here I would like to appeal to the Rank and File of the Communist Party to lake a holiday from the Party: study other peoples’ views and read the literature of the Party between October 1941 and May 1945. Then consider whether you are to be taken in any longer by the nonsense of “Changing Conditions”. “New Situations’* and “leading the Working-Class etc.” I know it is a hard job to break away, having done it myself, but DO IT before it breaks you.