“They have abolished the distinction between capital and labour” was the 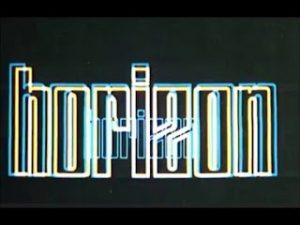 I’d like to teach the world to sing, in perfect harmony,
I’d like to hold it in my arms, and keep it company.
I’d like to see the world for once, standing hand in hand
And hear the echo through the hills of peace throughout the land.

Sexual preoccupations are created and encouraged with promises of a “swimsuit” parade to come later. “Miss India” dances in a talent contest and Anthony Newley comments: “Makes you sorry we lost India doesn’t it”. The only thing he’s ever lost, as we were to find out subsequently, is his singing voice. Workers owned India no more than they own Ireland or ICI. Then the judges are wheeled on. Alan Minter, boxer, Denis Waterman, actor, Bruce Forsyth and the wife of the Swaziland High Commissioner. We don’t know where she came from, perhaps a friend of the organiser, Eric Morley. Presumably these people are trained experts on the oppressively narrow conception of “beauty” inculcated through constant exposure to media and advertising. We live more than ever in a social system which is insidiously restrictive. Individuality is stamped out. Social conformity is stamped in, at an early age, through what they call “education”. Beauty becomes a convention, a composite moulded from the mix of a million faces. And this is the very ideal to be attained in schools and in discotheques as much as in “Beauty” contests.
Out of the blue, Dame Vera Lynn appeared on the screen singing, “When you’re smiling . . . the whole world smiles with you”. Then, when called upon to actually speak, the beauty queens mouthed typically constricted ambitions such as “travelling” or “speaking a language”. In a co-operative system of society, individual and cultural development will be fostered, free from the prejudiced moral constraints imposed when social power is concentrated in the hands of a minority. Until real social democracy is established, with no class division or national frontiers, it will be true to say “When you’re different . . . the whole world sneers at you”.
Clifford Slapper