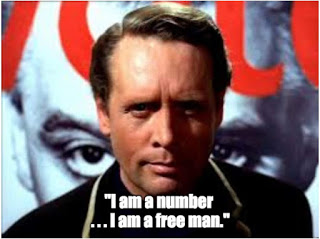 Health Registration number!). In prisons, as in the Armed Forces, you become a number; the Nazis tattooed numbers on their prisoners’ hands or forearms. Science fiction tells of horrible regimented ways of life in the not so distant future when we have all become digits in the ordering of things; no name—just a number. The intention in each case is to regiment, sort, file (and, in the process, dehumanise) human beings into so many units in the system.

It is with amused puzzlement therefore that one read an item in the Daily Telegraph of 15th February 1978. It appears that, in reverse to the majority of us, Michael Herbert Dengler of Minneapolis, Minnesota, wants to be known as a number—1069. He feels so strongly about it that he is fighting his case through the Courts. To date he has been refused permission because, as the Judge said “It would be an offence to basic human dignity”, although the North Dakota Supreme Court did give him permission to call himself “One Zero Six Nine” (a fine distinction!). Mr. Dengler on the other hand argues that his Social Security card shows him as “1069” and the Bank accepts cheques signed in this way.

Obviously this man feels he has to fight the system, although from the newspaper item we cannot tell what his purpose is and what winning his case would indicate to him. The personnel officer of one Corporation told him “you come here with a name and we’ll give you a number”. From this it is obvious that, like the majority of us, Mr. Dengler is a member of the working class. Whether or not, in the end, the Minnesota Supreme Court allows him to call himself “1069” will make no difference to his position as a member of that class. In ruling against him Judge Barbeau said: “I cannot in good conscience add to to-day’s inhumanity by giving you the stamp of judicial approval.” The Judge objects to the “inhumanity” of Michael Dengler changing his name for a number. However, he actively upholds a system based on the exploitation of the vast majority, including Mr. Dengler, to produce profits for the few, “entitled” to reap the benefits of their labour by virtue only of their ownership of the means of wealth production. While Michael Dengler continues to work for it, and Judge Barbeau helps to administer it, the inhuman system of capitalism will continue for all of us—whatever our name or number.